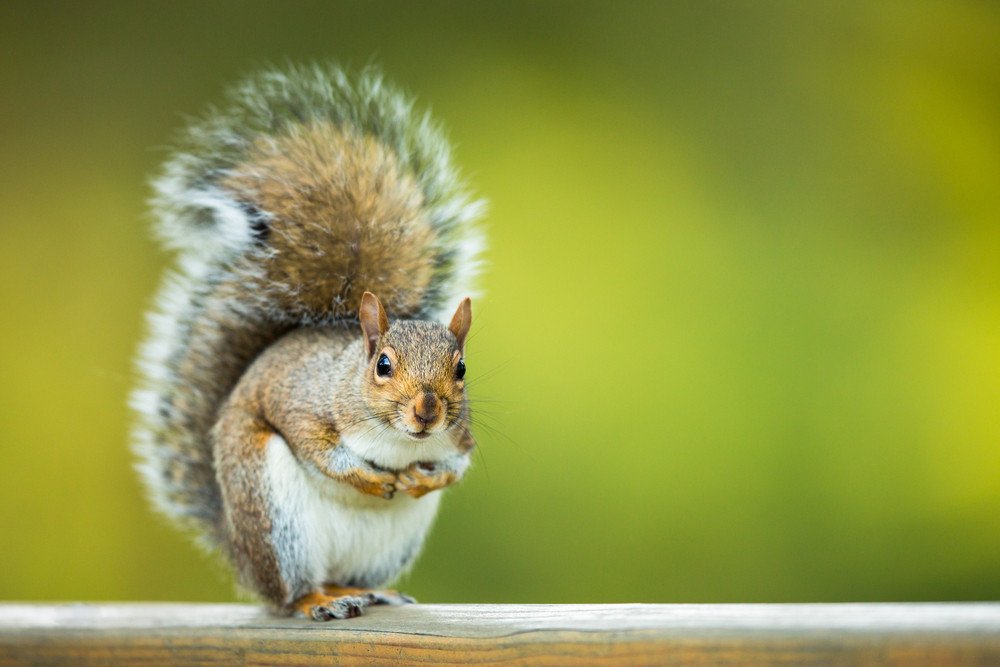 The United States of America is a country with a tremendous variety of natural landscapes, flora and fauna. It encompasses a significant mileage and as such, it is home to hundreds of thousands of different species. From bears to bumblebees and a range of oceanic animals, you can easily find almost every species known to men in the country.

This is something particularly important. Now, the squirrel is one of the cutest animals that we know and there is an unexplained love and affection that we tend to feel towards them. The truth is that there are over 200 different types of squirrels and a lot of the species reside within the USA. It’s home to five known types of squirrels: fox, red, gray, flying as well as ground. Some of these live in the trees while others live in the ground. The most curious ones are those which are seemingly able to fly.

Now that we are through with the brief introduction, let’s go ahead and take a look at some of the characteristic types of squirrels in the USA.

【Read more about Types of Squirrels】

Different types of squirrels living in the USA

These are species which live throughout the entire area of the country if you exclude the East Coast. It’s by far the largest type of squirrels as it can range between 17 and 27 inches of length. These are larger squirrels and they come in two particularly distinct groups of colors. One of them has dark fur which is in variable shades – from black to gray as well as tan or gold undersides. The next one is rather reddish, orange or tan. The red fox squirrel doesn’t have any significant white markings, which is definitely something that you want to look out for.

Little red squirrels are actually about twice as little in comparison to gray squirrels. These are very small in size and inhabit trees. They have fur which is gray-red when it’s winter time and orange-red when it’s summer time. They have a characteristic white belly. During the months of winter, red squirrels actually grow tufts of fur right there on their ears and you can easily recognize them by this factor. They tend to whistle very loudly and to chatter if they see other animals in their territory. Red squirrels are also known as pine squirrels as they tend to inhabit the rather cold northern states. They prefer to live in pine forests – that’s where they are regularly found.

There are quite a few different types of ground squirrels which are found in the United States. These are small rodents which prefer to excavate their burrows in the open habitat – much like prairies, for instance. They have white tails and are found in the southwestern part of the US. They are by far the smallest of the types that we mentioned above. These species are known to be capable of causing significant damage to your garden and they need to be properly taken care of and controlled. The thirteen-lined ground squirrel is the most common type of ground species and it’s mainly found in California.

How to identify squirrels in your property

Now, as we mentioned above, not all of the types of squirrels are all fun and games. These cute little rodents are capable of destroying your garden, so make sure that you pay attention. Being attentive is going to ensure that you can react on time and take the necessary precautions in order to prevent any further damage. These are some of the things that you might want to look out for. If you find any of the below mentioned, then you most likely have to deal with squirrels.

Squirrel damage can vary depending on your location. What is more, different types of squirrels cause different problems. For example, tree squirrels can significantly damage your attic. Since they make their homes as holes in trees, they are likely to do the same on your attic, hence causing a lot of structural issues.

Ground squirrels, on the other hand, are known to cause a lot of damage in your garden. They can directly damage fruits and vegetables or they can harm their roots with their burrows in the ground. In any case, the consequences are significant.

Their droppings are particularly characteristic. Usually, you can easily identify them as tiny black droppings. If you have ever dealt with mice – it’s almost the same. Of course, when you combine the issues you will be capable to determine that it’s a squirrel that you are dealing with.

While it’s hard to identify the squirrel tracks as most of them are rather lightweight, you can easily check the surroundings. If you see hollow holes and a lot of nests then it’s clear – you are dealing with a squirrel.

You can easily determine whether there is a squirrel on your property or not if you listen carefully. Squirrels make very distinctive screeching sound when someone or another animal invades their territory so it should be hard for you to identify the intruder.

There are quite a lot of fun facts about squirrels that you probably never knew. Let’s take a look at some of the most astonishing ones.