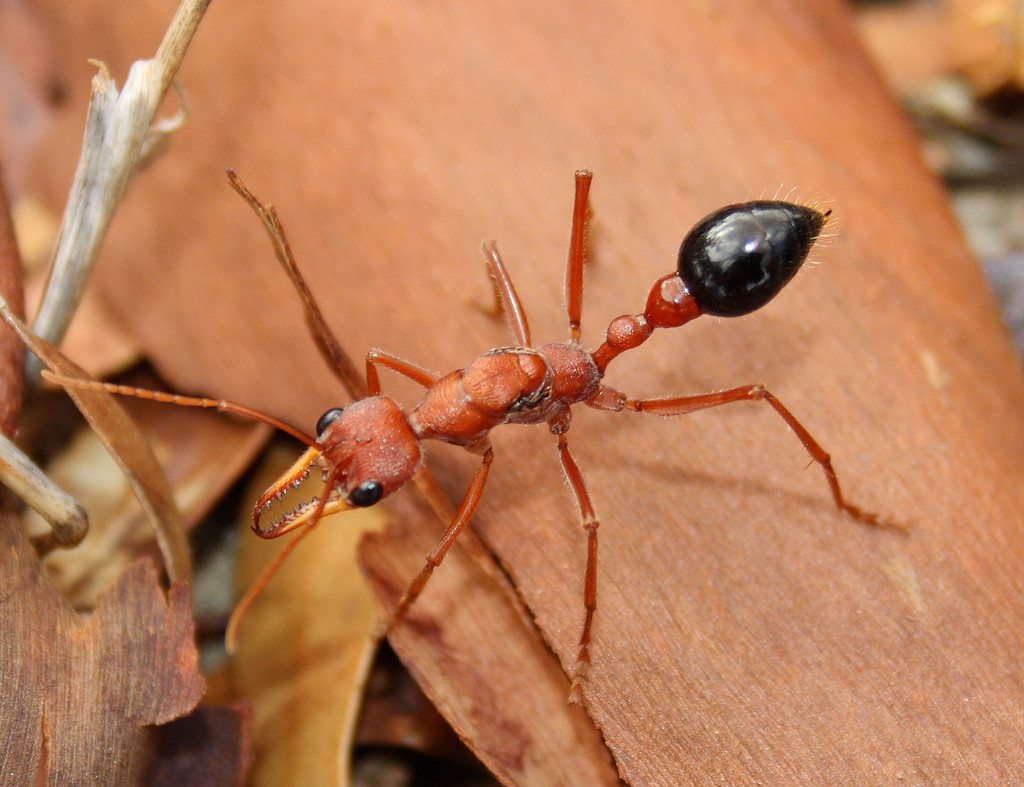 What Is Bulldog Ant

Bulldog ants, scientifically called Myrmecia gulosa, are the kind of ants well-known for their dangerous and powerful sting. They are called bulldog specifically because of their extreme aggressive behavior. The other names of bulldog ants are jumper ants and inch-long ants (because of their size). The bulldog ant is considered to be one of the oldest ant lineages.

Bulldog ants are large, measures about 8mm to 40mm. On an average bull, ants grow to one inch. Bull ants specifically have large eyes, lean mandibles, and a bite loaded with dangerous venom. Characteristically, they have excellent vision. Due to this vision, they can locate their intruder from a distance of 1 meter. Their sting loaded with venom is located in their abdomen. 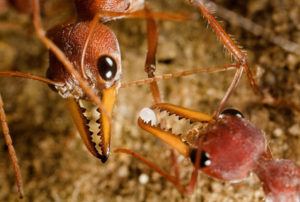 As far as their appearance and size are concerned, bull ants are the giants. These have huge elongated mandibles on the front of their head. This strong mandible helps them in searching food and killing preys. Many species of bulldog ants have variably red color on the abdomen that is called red bull ants.  These red bull ants, also known as giant bull ants or hopper ants, found abundantly in eastern Australia. The baby bull ants have a red head but their abdomen in black.

Bull ants are mainly located throughout in Australia. Australian bull ants… Bull ant colonies are smaller in size. This species of ants build 14 colonies on average with one queen. The queen tends to invade other colonies. A colony of bull ants consists of three types: sterile female workers, fertile females and winged fertile males. Sterile females are worker ants hunt on the ground. Fertile females who fly shortly then live in their dark nests as queens. Similarly, winged males fly and search for their queen to mate with before they die.

Bulldog ants are found in forests, heaths, and woodlands. They build their nests underground. Biologists have found now that it is the structure of the eyes that show variations in bull ants of the same colony. They researched four different species of bulldog ants living in eucalypt forests. Some members of a colony active at daytime and others are night time.

Ants’ behavior is amongst the most complex ones in the insect world.

Bull ants’ diet usually comprised of nectar and juices of plants and sometimes they prey other insects. Bull ants also like fungi, seeds, and fruits but honeydew produced by aphids is one of their favorite foods. Other species such as wasps, birds, spiders hunt these bullet ants.

At a certain time of year, bull ants grow their wings. The winged male usually dies soon after mating the queen. The wings of the queen bull ant fall off soon after mating. The fertilized queen bullet ant digs nests where she lay her eggs and spends entire life laying eggs in the nest.

Usually, an ant’s reproductive cycle has four stages: egg, larva, pupa and adult. The hatched eggs grow into small worker ants. The fertilized eggs become female bull ants while unfertilized becomes males. The queen bull ant goes out of the nest at the time of night to bring food for the babies. Their young larvae feed on dead insects.

The lifespan of a bulldog ant ranges between 8-10 weeks while passing through the all four stages of life. Nevertheless, queen bull ant usually live up to several years. 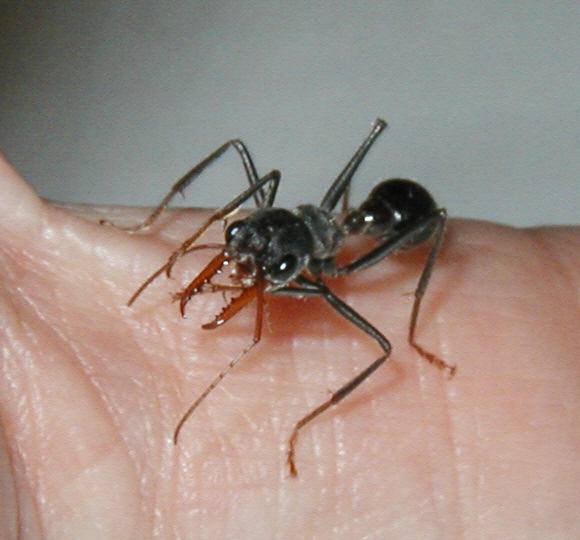 Bull ant produces strong venom-filled sting that led to powerful pain in the victim. They are specifically dangerous when they sense danger for their nest.

As described above, their sting possesses with dangerous venom, with the help of which it paralyzes its predator.

Their venom is so dangerous that it can cause an anaphylactic reaction in humans upon repeatedly several bites. This anaphylactic shock can even cause death in humans.

Bull ants’ sting causes painful reactions. An ice pack or any commercially available insecticide spray should be used to relieve the pain. Medical attention is needed in the case of a severe allergic reaction.

As mentioned above, bull ants’ sting is very painful and can cause severe allergic reactions in humans. Research indicates that it can even cause an anaphylactic reaction in the victim. The best course of action to avoid getting bitten by one of these nasty little creatures is to remain very careful when venturing into their potential habitat. However, if you do happen to get stung by a bulldog ant, the preventive measure to take is similar to that of wasp stings. You must first wash the affected area with antiseptic soap and water after which you apply antiseptic ointment or even calamine lotion to ease the itching and swelling.

How to get rid of bulldog ants 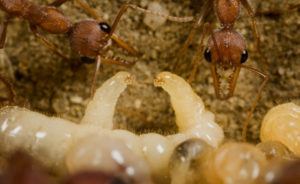 Bull ants are known to be robust ones of all species, and common insecticides are not effective in eradicating them. Effective products and conventional methods should be used. A well-thought strategy must be followed when it comes to getting rid of ants completely. Find the trails of bull ants and pour the mixture right into the trails. However, don’t pour the mixture directly on the ground of your garden.

First carefully locate the nests on the ground of your garden and also search for in-house trails of bulldog ants.

2. Pour boiling water on the nest

You can use boiling water as a starting remedy. However, it is observed that it is not a complete solution to get rid of bull ants.

3. Sprinkle talcum powder or diatomaceous earth over the nest

It is found that sprinkling talcum powder or diatomaceous earth over the nest can be effective to get rid of ants immediately. However, the fastest way to kill ants is buying a powerful ant killer.

4. Get hold of some borax

5. Pour oil down the nest and set it on fire

Destroying just the nest will not be enough when it comes to getting rid of bull ants completely. The reason behind this is that there could be colonies of the ants down in the ground. Therefore, pour oil down the nest and set it on fire which will completely destroy the colonies and can give you instant relief for a couple of weeks.

After learning about the bulldog ants, it is obvious to say that these are spectacular ones of their species. They have a remarkable vision and precarious sting as their special features. The spectacular bull ants have a dangerously worse sting that can be life-threatening sometimes. Therefore, the people who have a sensitivity to hymenopteran such as bees, ants, etc. should be very careful.