Termites are the enemy of every homeowner. These pests attack your home and cause incredible damage with surgical precision. But what many people don’t know is that termites and ants have similar behaviors. This misconception can lead to homeowners thinking they have termites when they really have an ant colony – or vice versa (not a good thing).

Let’s compare both insects to clear the air. By knowing them clearly in mind, you can confidently choose a method to get rid of ants properly(or termites) 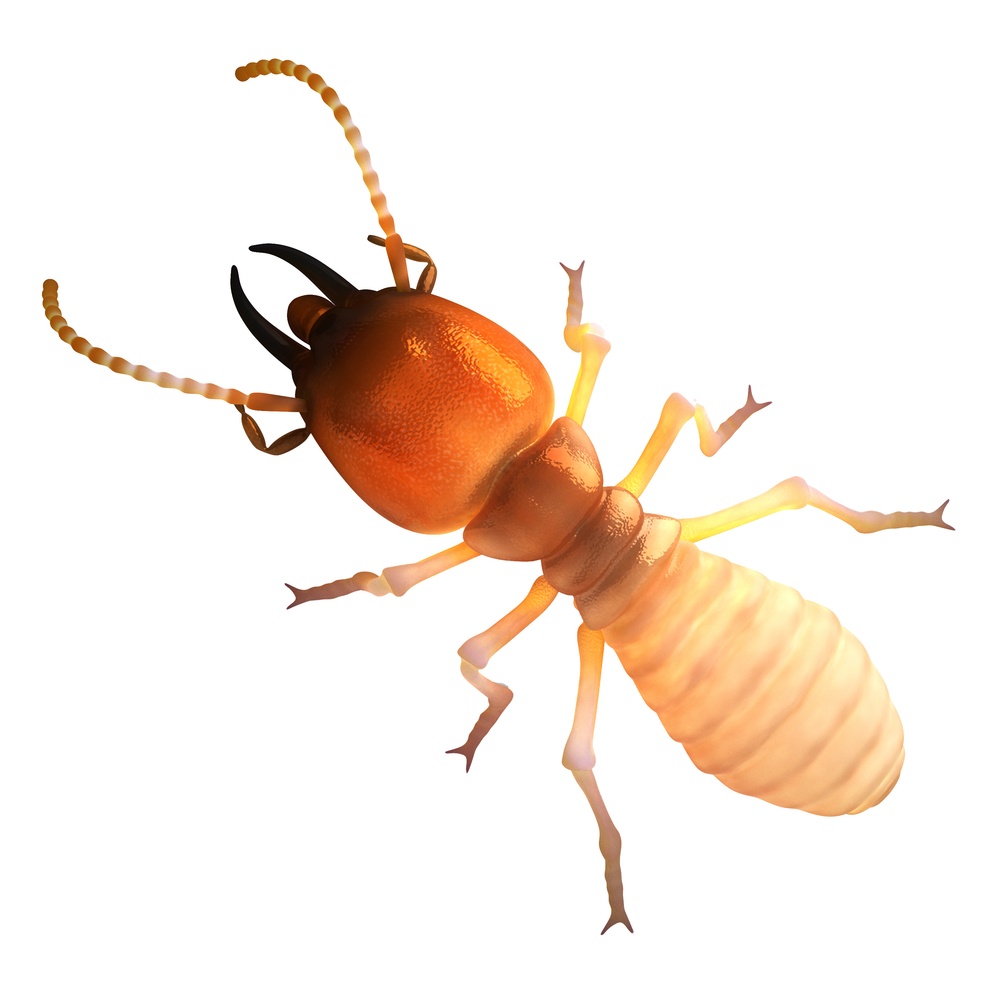 At first glance, you might mistake a termite for an ant. Their size varies from 1/8” to 1.” And they can vary in color, too, with white, brown and black being the most common. The termite’s color will be dependent on its age and type.

Ants that invade homes are typically odorous house ants, which are 1/8” long and typically brown or black in color.

Most types of ants are similar in appearance. The primary difference between species is size. Carpenter ants, for example, are much larger than their odorous house ant counterparts. These ants also live in wood, so it’s easy to confuse the two.

Difference Between Termites and Ants 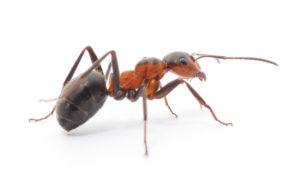 It can be difficult to tell the difference between an ant and a termite, especially if you have winged versions in your home.

Both termites and ants have winged variations, which are really just sexually mature males that leave the nest to mate.

Here’s how to differentiate between these two insects:

Many people confuse winged termites for flying ants because they look so similar. To determine which type of insect you’re dealing with, take a look at the bug’s wings.

Another way to tell the difference between a termite and an ant is to look at their antennae and waist.

Take a closer look at the insects you’re seeing in your home. Appearance will quickly help you determine which type of bug you’re dealing with.

Swarmers (a.k.a. flying termites) shed their wings at some point during the mating season. Flying ants do not.

If you’ve found discarded wings on your windowsill or in other areas of your home, you can be almost certain that you’re dealing with a termite infestation.

Appearance is the best way to tell the difference between a termite and an ant, but behaviors can also help you identify which type of insect you’re seeing. 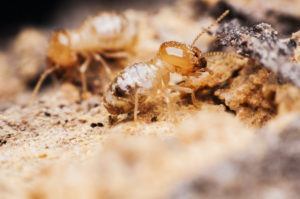 All species of termites thrive on a diet of cellulose, found in wood and plants. This means that they’ll not only attack your home and wood furniture, but they’ll also attack paper, cardboard and plants.

Termites are similar to ants in that they have a class structure. In other words, each termite has its own job, which helps keep the colony going.

There are three primary classes in a colony:

Worker termites can be either male or female, and they carry out a wide range of duties. They build, they mine and they even act as midwives.

These guys are typically the ones that cause the most damage to properties, and they make up the majority of the colony.

These termites have a large head and big jaws, which helps them defend their colonies. Soldiers are sexually underdeveloped and can be either male or female.

Their large jaws are so massive that they cannot feed themselves, so they rely on workers to take care of this task for them.

Soldiers are the colony’s first line of defense, and they would give their lives to protect the others. They sound the alarm when something is wrong, banging their heads against the wood to send out a warning signal. 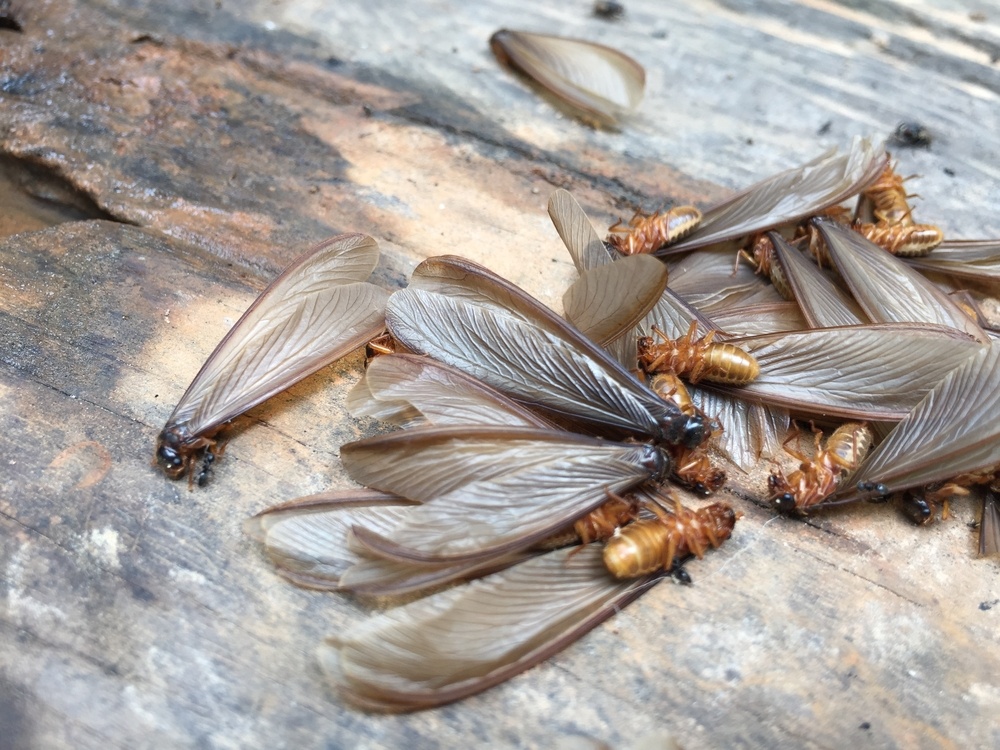 Swarmers, the winged termites, are sexually mature, and they are often called alates. These guys leave the nest in the spring and summer to mate. After they’re done mating, they shed their wings and look for a new nest.

Ants have a varied diet, but they tend to prefer sweets. Some species of ants (there are more than 12,000) lay down a scent that leads colony-mates to a food source.

Ants, like termites, have classes, and they are very similar.

Only polymorphic ants have soldiers, and they’re much larger than workers with strong jaws. Soldier ants are all female. They use their large jaws to protect the colony and to carry larger objects from one place to another.

Workers make up the large majority of an ant colony, and they are also all female. These ladies look after the queen, forage for food and care for young ants.

They also help expand and maintain the colony’s nest.

Flying ants are also all female, and they have two sets of wings that are different in size. They leave the nest in the summer to start a new colony. After they land, they clip their wings and use them as a source of protein for their colony.

Winged drones are the only males in an ant colony, and their only job is to reproduce. In the summer, they fly off with the female flying ants to start a new colony. After they mate, they die.

The behaviors and appearances of these two insects are similar, but there are also stark differences that will help you identify the insect you’re seeing in or around your home.

Flying Ants Vs Termites – 10 Factors to Distinguish Them

Difference between termites and flying ants

Termites and flying ants look similar to each other to a great extent, but they have different social structures if observed with open eyes. Ants and termites have their own different categories such as queen, workers, reproducers, soldiers and they have their own structure which can be differentiated on the basis of an ant and a termite. You might have heard about termites chewing up the wood in a single go, but this is just a misconception. Yes, they do chew up the wood, but it is not possible for them to finish such a big deal at once they can take a tremendous amount of time as they do the wood chewing task in bits. The ants and termites have a similar feature of swarming which signifies the sending of a reproducer from their colony to mate with the opposite sex of another colony and to find out a new place for their living and anew home. Flying ants and termites are related to each other in close proximity but have very minute differences between them. If you are spotting them from a distance, then it is really tough to crack whether it is a termite or a flying ant. But if you cut down the distance between yourself and these insects you can consider few features of these insects which will help you in determining the difference between the two. Here is how you can identify the difference between termites and flying ants: 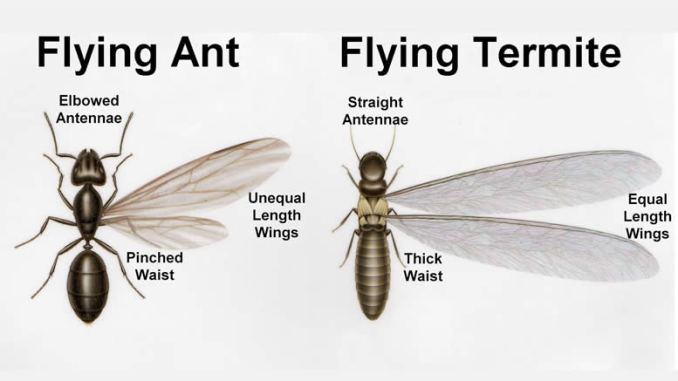 * Place of sighting ants and termites

Though unbelievable but yes you can also distinguish between ants and termites by locating their place or geography. If you find these ants invading our kitchen, then you are surely sighting flying ants because they are the ones who will invade your kitchen to get themselves a gala treat on the food that you must have stored in your kitchen or the leftover food in your trash bins. They will enter your kitchen to get traces of all the edible items that they may shell out of your kitchen. Talking about termites, they will not be found in your kitchen stealing your food but will be located in places where they can get suitable wood to dig out and make their home. They can be seen in areas such as attics and rafters or almost any place where they can find wood and build shelter place for themselves.

The flying ant’s body looks like if it is divided into three parts namely head, thorax, and abdomen and you can easily see the sections on their body. A termite’s body is not divided into three sections and have a comparatively thicker body in comparison to the ants. The termites only possess two sections that are their thorax and head.

Termite swarmers have a body that is soft in comparison to the ant swarmer’s which have a comparatively harder body.

* Destruction caused by these insects

Termites can cause enormous losses for your home by chewing up your expensive wooden doors, floors, etc. But ants do not cause such huge damages and can create a nuisance for you rather than causing damages. They only feed on edible items and may steal a bit of your food and do not peck on your wooden pieces.

* Shape of the body 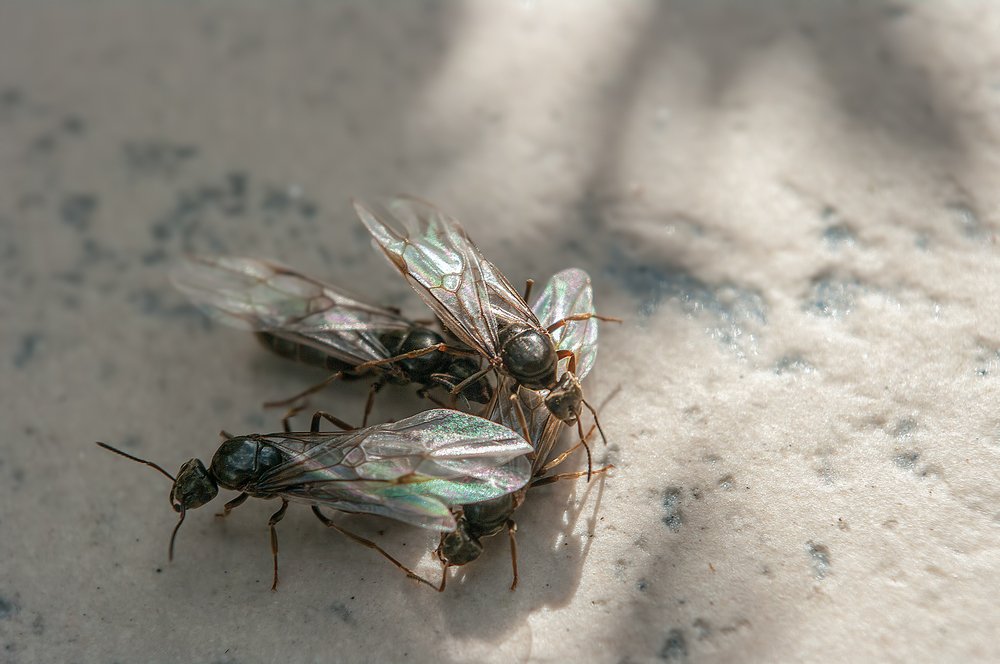 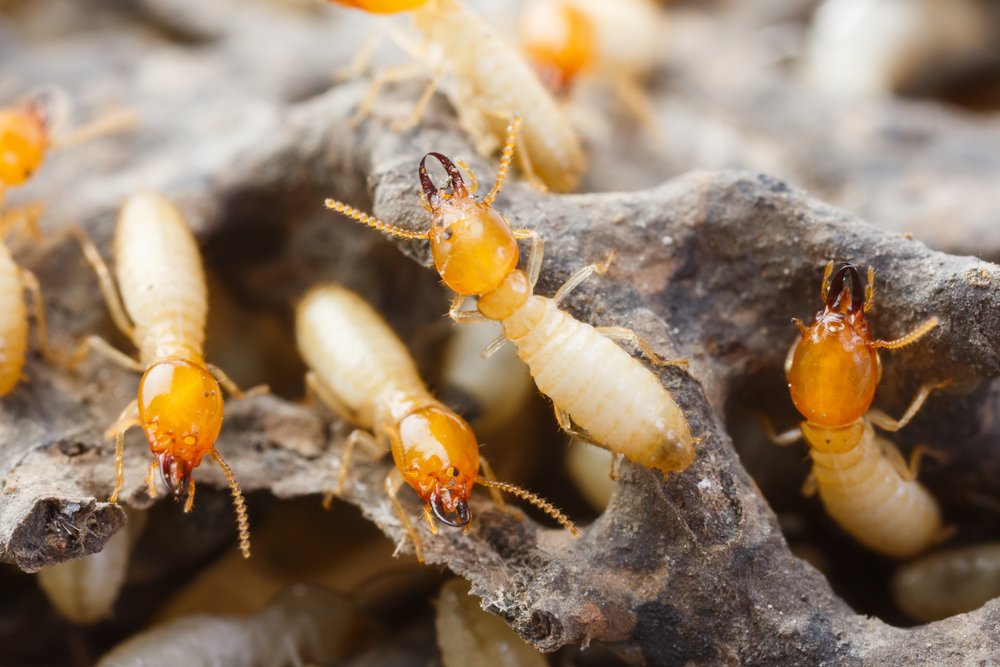 If you see a flying ant, you can characterise them as a segmented insect as they have their waist thinner in comparison to their entire body thus you can see different sections of a flying ant’s body. But if you see a termite, their body is in uniform shape along the entire length of their body.

If you see an ant that has a broader waist, then it is probably a termite, and flying ants have a thinner waist in comparison to the termites.

* Wings in comparison to the body

If you have a look at the termites to distinguish flying ants vs termites, then you can find them having wings that are almost twice the length of their body whereas flying ants have their wings which is in proportion with their bodies.