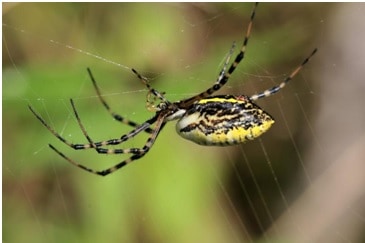 Humans have feared spiders since before Little Miss Muffet was frightened away by one. Although most of our household arachnids are pretty harmless, there are some, like the black widow spider, that contain extremely deadly venom. Unfortunately, if you have spiders in your home, it could mean you have a large infestation of some other pests as well. Getting rid of both these issues can make your home pest-free for a long time.

This guide will help you get rid of your spider problem for good.

We have compiled a list of 6 of the best bug bombs for spiders for your convenience. 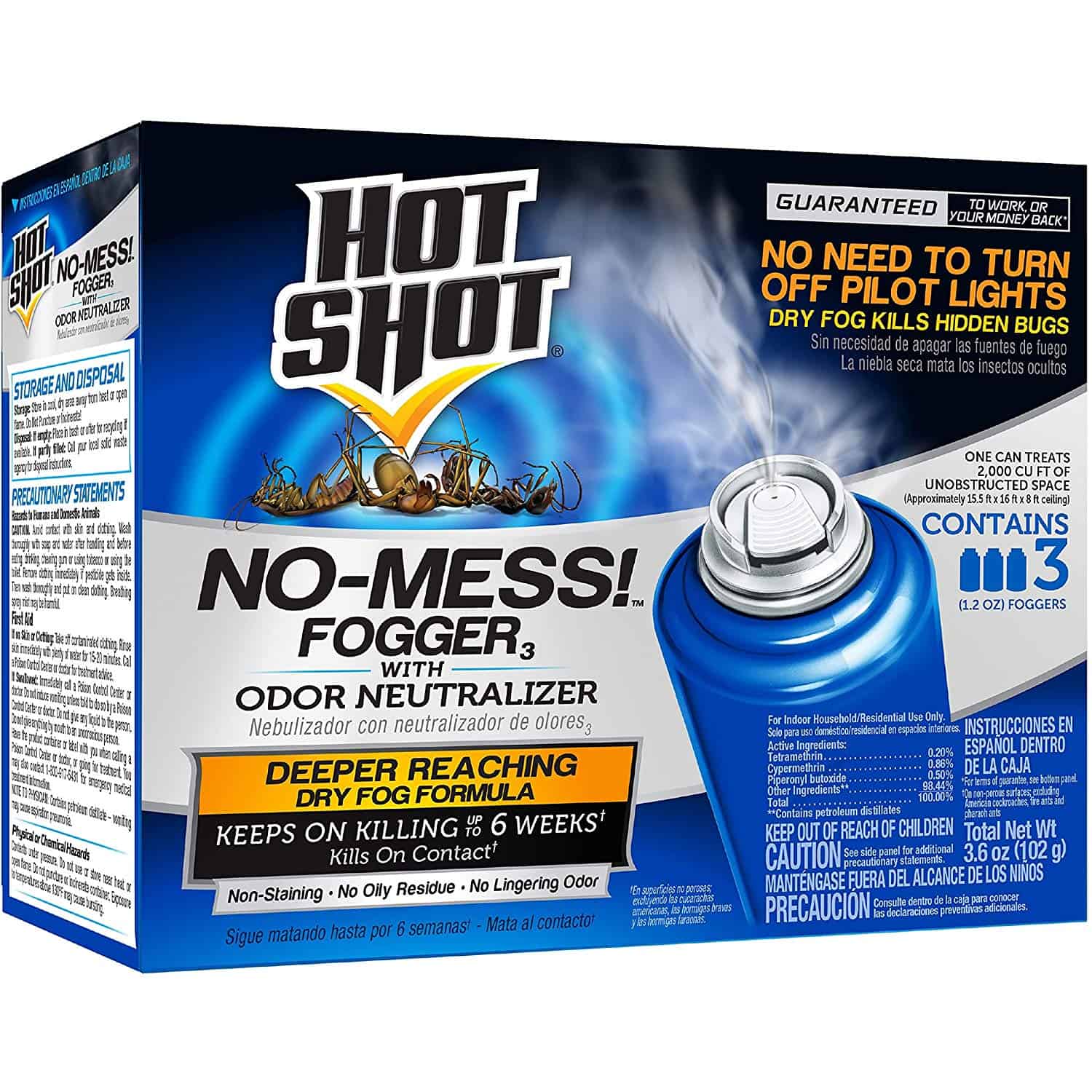 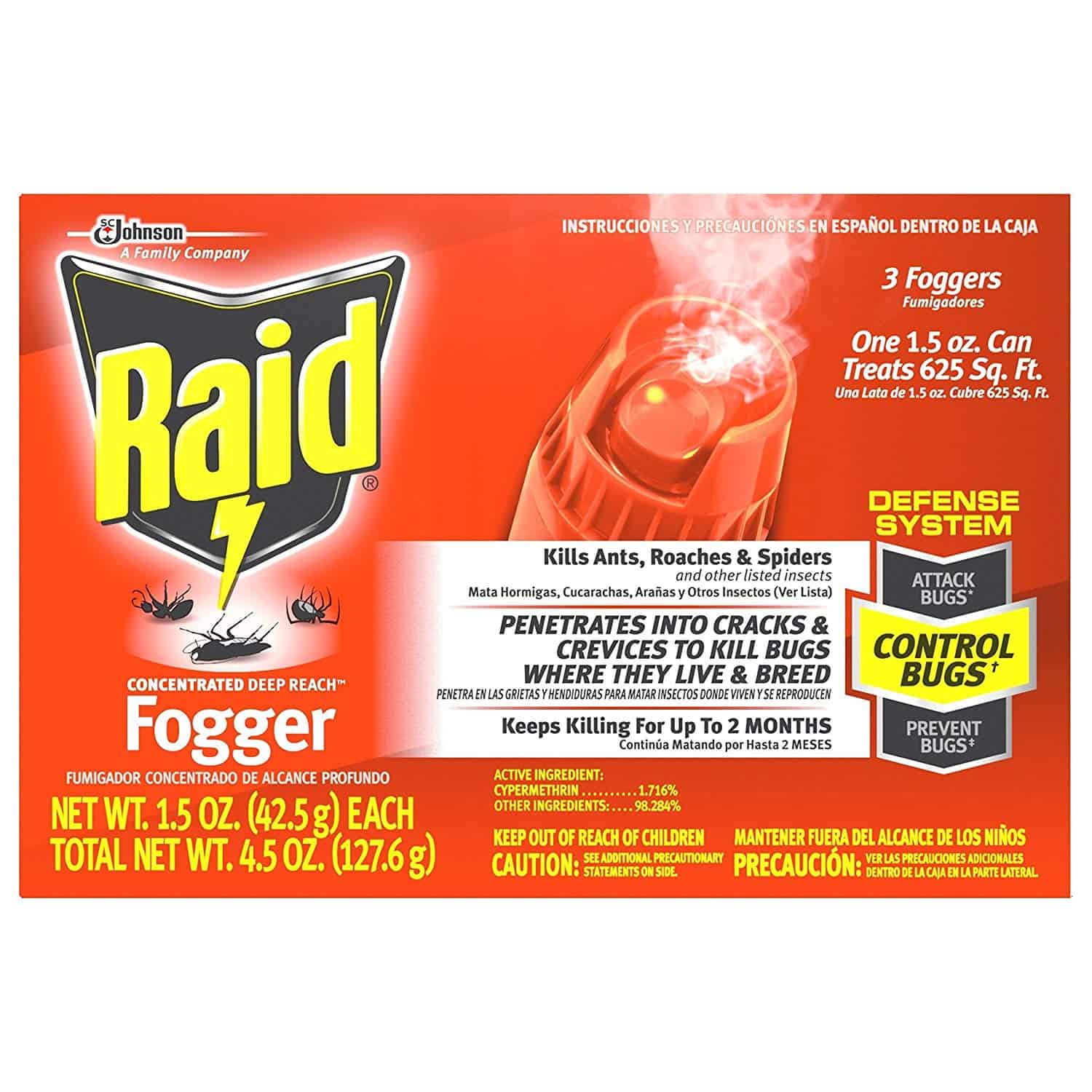 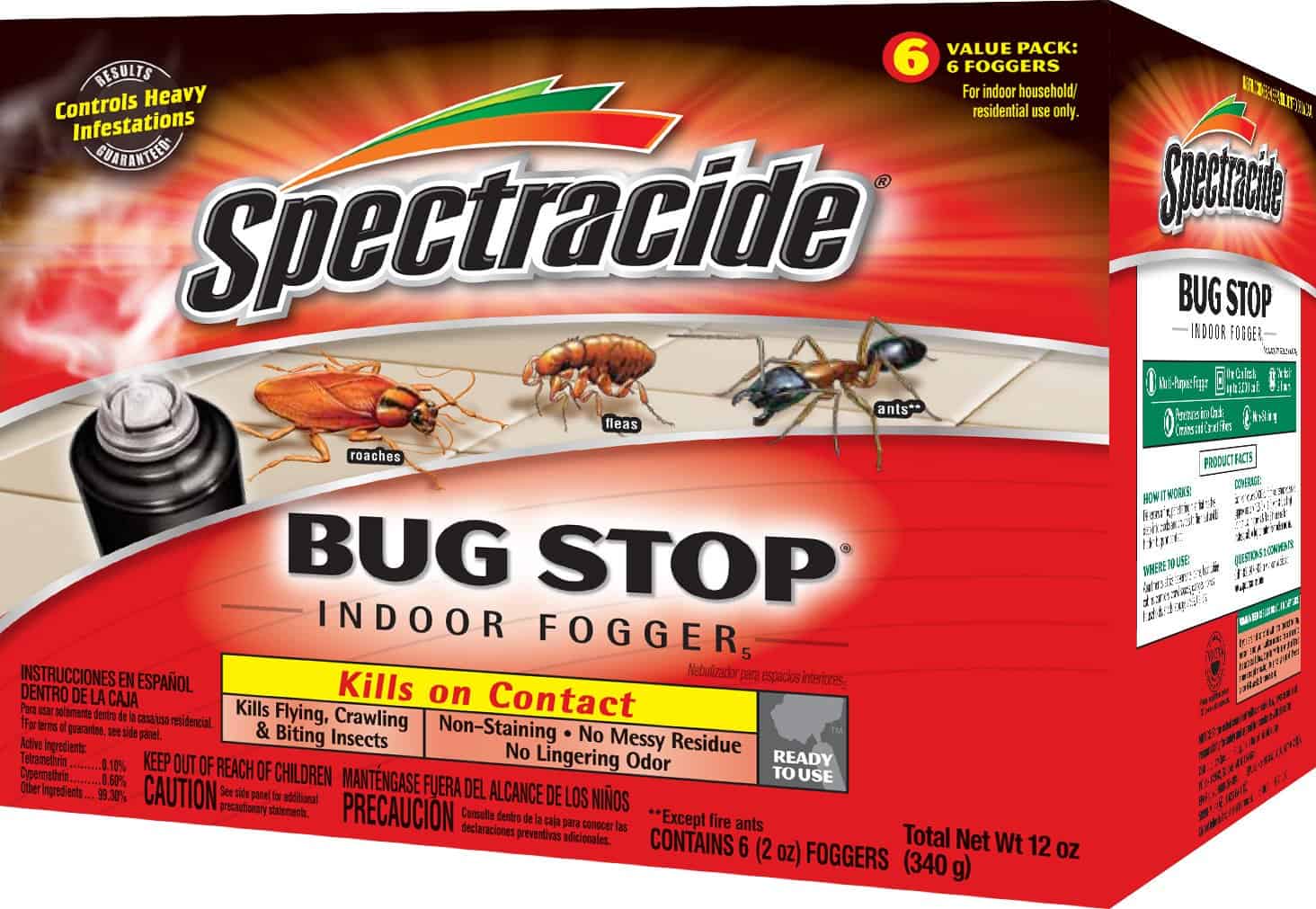 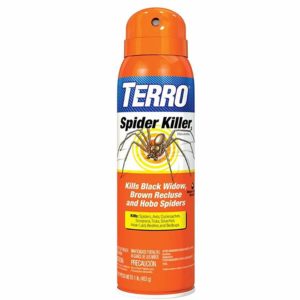 The popular household brand, Terro, is one of the best spider bombs of 2019. The spray bottle is very convenient to use, and the pressurized spray even reaches inside holes and crevices.

Not only does it help kill spiders instantly on contact, but it also prevents them from coming back as well for up to 12 weeks. It also does not leave any residue. 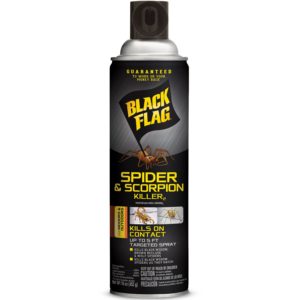 The spray kills the spider immediately on contact, and its effect lasts for 6 months. It also kills other harmful pests like German cockroaches, ants, mosquitoes, and scorpions. 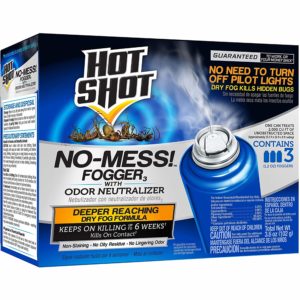 Hot Shot No-Mess! Spider Fogger creates a dry and penetrating fog that is capable of even going inside cracks, nooks, and crevices.

The spider bomb does not just eliminate spiders, but also a whole host of pests like mosquitoes, crickets, black carpet beetles, earwigs, gnats, waterbugs, silverfish, cockroaches, moths and many more. As its name suggests, it leaves no residue, and its odor is quickly gone, making sure the smell dissipates soon. 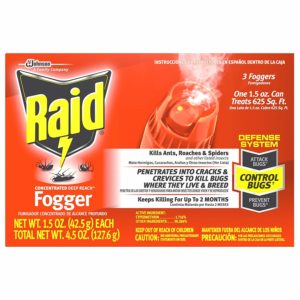 The search for the best bug bomb for spiders is not finished until you have discovered Raid Concentrated Deep Reach Fogger. The spider fogger is extremely effective against spiders as well as ants, roaches and other crawling insects.

Its deep reach formula penetrates into crevices, cracks, and nooks and can kill the insects inside their colonies. The formula leaves no residue, stain and its effect lasts for 2 months.

The Spectracide Bug Stop Spider Bomb is very effective against crawling insects, including spiders and roaches. It also has a high penetrating power that enables it to seep inside cracks.

Release the valve of the spider fogger canister and leave home for two hours. It leaves no residue and odor, but some customers complain it is not good for spraying on carpets. 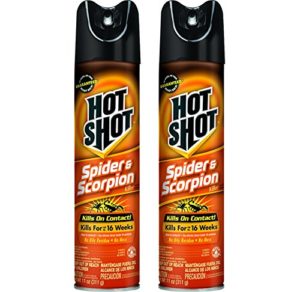 Hot Shot Spider & Scorpion Killer does not just kill spiders but scorpions, ants, wasps, and other harmful insects as well. It also offers a barrier defense and prevents re-infestation for up to four months. It is non-staining, residue-less and gives off no unpleasant odors.

Before you jump the gun, here are a few things to consider when buying a bug bomb for spiders.

Some of the best bug bombs for spiders available in the market are listed above. The best spider bombs kill spiders immediately upon contact as well as offer a barrier against re-infestation for several months. These foggers don’t just get rid of your arachnid problem, they also target other pests like cockroaches, silverfish, ants and even scorpions, in some cases. However, since they are targeted to kill spiders specifically, they may not be as effective against other insects.

Most spider foggers contain harsh chemicals that are toxic to humans and animals. They also contain smelly, toxic fumes that can cause discomfort to anyone in the vicinity. When buying spider foggers, make sure you buy the ones that contain natural, toxin-free ingredients. However, when it comes to pesticides, natural ingredients aren’t always very effective, so make sure all people and pets in the house vacate the building before you apply the spider bomb.

Let them in once the spray has dissipated. Also, keep the product away from children and animals. If the chemicals get on your hand, thoroughly wash with soap and water. In case of irritation, go to a doctor immediately.

Although many bug bombs for spiders are filled with chemicals, there are some options that are not as harsh as others. These also do not emit any harmful odor that can disturb your family and are made of partly organic ingredients. You can choose these instead of purely toxic spider bombs. Also, remember that most aerosol sprays are flammable, so don’t spray them near a lit flame. 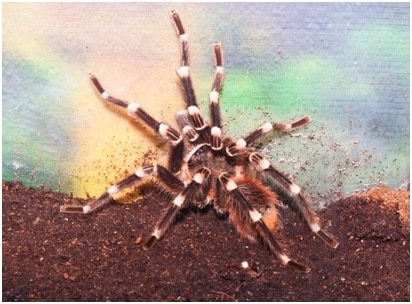 Spider killer sprays are relatively affordable; however, there are some brands that cost more than others, because of superior quality. While making sure that you buy a spider fogger that fits your budget, don’t compromise on effectiveness and performance.

Buy a spider bomb that suits the need of your home. Since spider infestation is not too common and often not that large, keep in mind that a single bottle can last you a long time.

A: Although most household spiders are almost completely harmless, there are some species that are extremely lethal, like the infamous black widow, brown recluse and the Hobo spider. These spiders have a venomous bite that can harm humans and animals. If you have small pets and children at home, there is good cause to be concerned.

Q: Should I worry if there are spiders in my home?
A: Generally, having a large number of spiders in your home points to an infestation of another kind. Arachnids live in areas where there is plenty of food, so it means your home as other pests as well, like bed bugs, fleas, roaches or silverfish. Fortunately, many spider foggers work on these pests too, giving you great value for money.
Q: Do bug bombs for spider work?
A: In short, bug bombs for spiders work very well for small to moderate infestations. However, there are some products whose fumes cannot penetrate cracks and crevices, where spiders live. A lot of mist also ends up falling onto table surfaces and carpets. If you have a larger infestation and the spiders are out of control, call an exterminator.
Q: Are spider bombs safe to use?
A: Since many spider killer sprays contain chemicals, they can be dangerous for both children and animals. Some spider bombs contain the active ingredient, pyrethrin, which may be relatively harmless to humans and dogs but not to smaller animals, like cats. Also, as mentioned above, many of the spider bombs are broad-spectrum, meaning they can harm non-targeted insects as well.

This is good news if the insects are harmful pests like roaches ants and scorpions, but not so much if they are harmless flying insects like moths, butterflies, and bees. Therefore, whenever you are buying a spider bomb, make sure you read the instruction label’s carefully and minimize harming other beneficial species.

Q: What are some dangers of spider foggers?
A: Spider bombs contain chemicals that can be harmful to children and pests. If you are present during fumigation, you may experience dizziness, asthmatic symptoms, and nausea. Aerosol sprays are also quite flammable, so be wary of open flames around the house during fumigation.