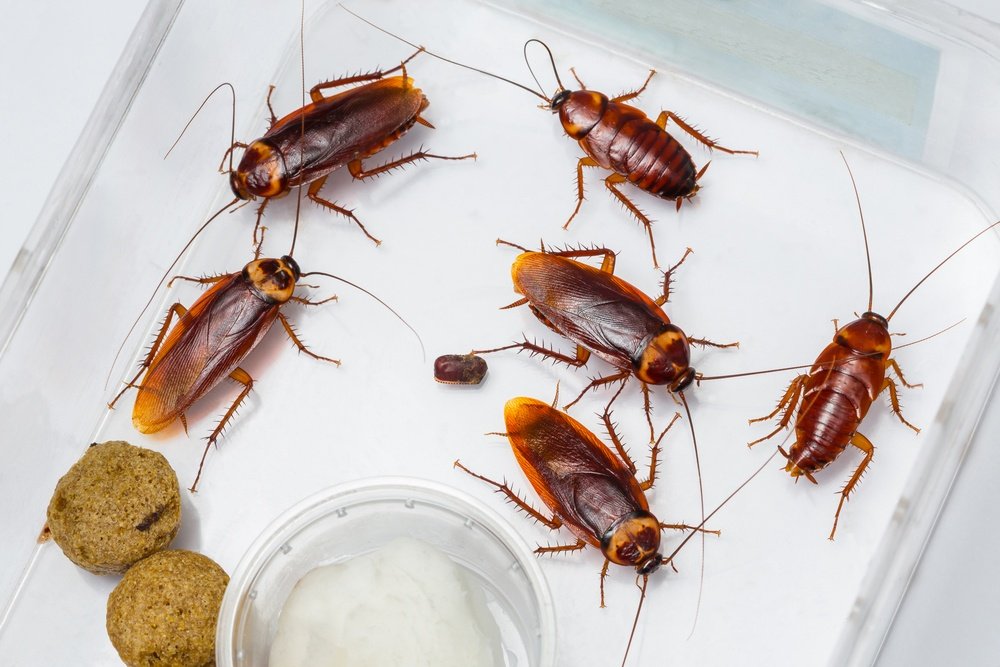 The American cockroach is the largest species of common cockroach, and contrary to its name, it’s not native to North America. Evidence suggests that this species of roach came to America via ships from Africa in the 1600s.

If you have a roach problem, it’s important to be able to identify the species before trying to eradicate them from your home. How can you identify the American roach? What are the signs of infestation, and how can you get rid of them?

How to Identify an American Cockroach

The American cockroach is the largest species of common cockroach, and contrary to its name, it’s not native to North America. Evidence suggests that this species of roach came to America via ships from Africa in the 1600s.

If you have a roach problem, it’s important to be able to identify the species before trying to eradicate them from your home. How can you identify the American roach? What are the signs of infestation, and how can you get rid of them?

How to Identify an American Cockroach

The American cockroach is relatively easy to identify because it’s the largest of the house-infesting roaches in the United States. They’re considered a major pest, and they can sometimes go by other names:

Both males and females have wings, and they can fly short distances.

Although American cockroaches have the ability to bite, they rarely do. If a bite does occur, it’s usually not a problem unless it becomes infected. American roaches normally live outdoors, and they prefer warm, damp areas. They can often be found under mulch and in flower beds. They’re commonly found in sewer systems throughout the United States.

Roaches usually enter homes to find food and/or water. They can easily sneak in through your front door, especially if the weather stripping is damaged. Garages and basement windows are also common entry points. Once they’re in the home, they usually gravitate to the kitchen, bathroom, basement or laundry room.

When they’re outdoors, American roaches usually feed on algae, fungi, leaves, small insects and tiny wood particles. When they’re inside, they usually forage for food in drains, under appliances, in cabinets and on floors. They’ll eat food scraps, crumbs and pet food.

Signs of an Infestation

If you see an American roach in your home, there’s a good chance that there are more hiding somewhere nearby. Signs of infestation include: Egg cases are a telltale sign that you have an infestation. American roach egg cases are about 38 mm long, and they’re either reddish or blackish brown in color. They’re often found in basements, kitchens or laundry rooms either behind appliances or underneath cabinets. They sometimes deposit their eggs behind stored items in sheds or garages.

If you’re seeing active roaches, that’s a pretty sure sign that you have an infestation. American cockroaches are very fast, and they typically scurry into dark areas. You may see them skitter across the floor when you turn on the light in the room. If startled, American roaches may fly.

American roaches like to leave their droppings in the dark areas where they hide. You may find them behind appliances, in basements or in pantries.

How can you tell whether it’s roach or mouse droppings? American roach droppings are blunt on the ends and have ridges on the sides. Mouse droppings, on the other hand, have pointed ends and often have hairs embedded in them.

Roaches produce a chemical known as an aggregation pheromone. They use this chemical to communicate with each other and stay together in groups. Many people describe the smell of these pheromones as “musty.”

When roach populations get out of control, people with sensitive noses may really notice the smell.

The Dangers of American Cockroaches Like many other species of roaches, the American cockroach can spread disease, contaminate food and even cause allergies or asthma.

The feces, urine and saliva of American roaches contain allergens proteins that have been shown to elicit asthma attacks and allergic reactions.

Roaches pick up germs on their bodies and legs when crawling through decaying matter or sewage. They transfer these germs onto food and food preparation surfaces.

The World Health Organization (WHO) says that roaches are proven or suspected carriers of organisms that cause leprosy, dysentery, diarrhea, typhoid fever, cholera and certain viral diseases.

How to Get Rid of American Roaches

American cockroaches can be difficult to get rid of using DIY methods, and if the infestation gets out of control, you’ll need to bring in a professional exterminator. But if you’re just starting to see roaches in your home, you may be able to exterminate them by taking a few steps.

Keeping a clean home and making simple repairs can go a long way in getting rid of roaches and keeping them from coming back.

First and foremost, it’s important to maintain a tidy home.

In addition to cleaning, you should:

Cleaning and blocking entry points are simple ways to make your home less hospitable to roaches, but you’ll likely need to apply chemical treatments if you want to get rid of roaches for good.

There are insecticide sprays for indoor and outdoor use. They contain potent insecticides that kill roaches and will continue killing them for weeks or months after the application. These sprays may be applied to the perimeter of the home for outdoor use and along baseboards and entry points for inside use.

In addition to sprays, there are also granules and baits that you can use to kill roaches. These are usually good options for crawl spaces and attics.

American cockroaches can be a nuisance and a danger to your health. If you believe you have an infestation, it’s important to take steps to exterminate them as quickly as possible.