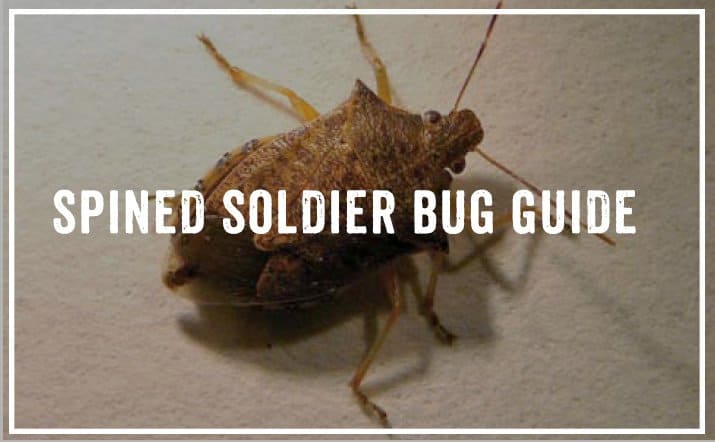 Spined soldier bug, scientifically known as “Podisus maculiventris” is a common insect species found in several regions of North America. They are commonly beneficial for their predator nature over the beetle larvae like the Mexican bean beetle, Colorado potato beetle, and especially the gypsy moth caterpillars which are active crop destroyers. 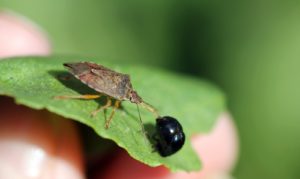 A spined soldier bug in house proves to be of immense help and useful as it actively preys on one of the most notorious pest for agriculture throughout North America, the Mexican bean beetle. The spined soldier bugs are garden-friendly insects as they keep the other pests away; however, these bugs attack the monarch butterflies and kill them when they attract towards the host plant monarchs in search of butterfly weed and nectar. Spined soldier bugs are considered to be generalist predators that prey on a wide range of hosts which ranges up to ninety species in general. The list of prey includes certain pests that are economical for agriculture.

According to the general reports, the list of general prey for the spined soldier bug includes larvae of the European corn borer, corn earworm, Mexican bean beetle, beet armyworm, diamondback moth, imported cabbageworm, fall armyworm, Colorado potato beetle, cabbage looper, flea beetles, and the velvetbean caterpillar. In regions where prey is scarce, the bug feeds itself on the juice extracted from the plants; however, there are no such reports of causing plant damage by the spined soldier bug. The spined soldier bug is related to several crops including apples, beans, alfalfa, asparagus, cotton, cucurbits, celery, crucifers, onions, eggplant, potatoes, tomatoes, sweet corn, and soybeans.

The effectiveness of the spined soldier bugs as an active predator on the economic pests has proven to be very beneficial for the biological control programs in several countries including Russia and throughout Eastern Europe. The cold climates have been seen to affect the bugs functioning due to their inability to sustain in the cold and dry winter climate. The eggs of spined soldier bugs are commercially sold as they are considered being active pest controllers. With time, the effectiveness of Podisus maculiventris has proven to be successful within the heated greenhouses across North America and Europe.

The production cost of the bugs is comparatively high, and this is the main reason that makes it economically viable in larger area crop fields. The populations of the species that occur naturally are not always enough to control pests in the larger fields and overpower the number of pests that resides and destroys the crops to be harvested. There are several alternative techniques used by farmers and cultivators used in their fields that help in drawing a large population of the naturally occurring spined soldier bugs to their fields to eradicate the pest population that affects the crops, especially during spring. 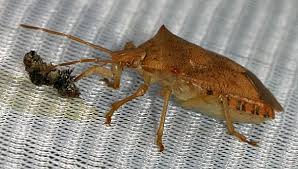 Several studies reveal the lifecycles of the spined soldier bugs over specific photoperiods and temperatures. These studies reveal the life cycle of the bugs from the time of their egg laying to the period of them growing up as adults. This total span approximately lasts for a brief period of approximately 28 to 39 days and includes the egg stage for approximately 5 to 9 days overall. The eggs are usually laid in a small cluster containing twenty to thirty eggs in a single cluster on plant leaves. After a brief period of five to nine days, the hatched immature newborns are noticed to be surrounding the egg clusters. The young nymphs usually feed on the juices extracted from the plants but later grow up as predators. The female spined soldier bugs can lay approximately one-thousand eggs each time, and the adults live for a brief period of five to eight weeks in total.

Spined soldier bugs are considered to be the best ally for gardeners. These bugs stop the harmful pests that cause high damage to the vegetables and fruits and destroy them. These bugs act as active predators over such pests and kill them to satisfy their hunger. This in return helps in actively guarding the crops against being destroyed as the spined soldier bugs themselves do not destroy the crops. The spined soldier bugs look very different at its nymph and adult phase of life. This often leads to a misconception and the farmer and gardeners often remove these beneficial bugs without knowing. The nymphs are usually round in shape and small, these bugs have a lot of color variation that ranges to a wide aspect depending on their age.

The young nymphs are usually has a combination of black and red color. The adults usually have short wing covering or the elytra that have a brownish appearance and black marks at the edges. There are adult bugs that are completely black too. The abdomen region of the adult bugs has an orange or red region with yellow or white markings on them in the form of stripes crossing over. The adults also have black markings on their brown or otherwise clear wings. The spine shape comes out of either side of the shoulders. There is a long extension in the shape of a dagger in front of the face that pierces into its prey for an actual kill.

Spined Soldier Bug has a varied diet including various species of insects that commonly cause harm to plants. The diet of the spined soldier bugs includes caterpillars, bean beetles, cabbageworms, and potato beetles, armyworms. The spined soldier worms actively reduce the number of harmful pests in the garden or crop fields. There are several broods produces each year as the female spined soldier bugs lay their eggs in clusters on leaves of plants and the count of the eggs can range up to 1000 each time in a cluster of 50 to 70 each. This helps in constant maintenance of the biological garden pest control methodologies. It is an overwhelming sight for any gardener to locate a spined soldier bug among their cultivated crops, fruits, and vegetable. The spined soldier bug bites are often painful as they inject their dagger-shaped head protruding deep down the flesh and this can be cured with over the counter medication for humans and pets. 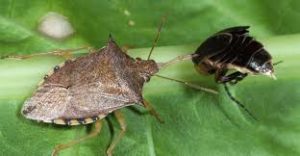 The spined soldier bug is related to multiple crops that include apples, beans, alfalfa, asparagus, cotton, cucurbits, celery, crucifers, onions, eggplant, potatoes, tomatoes, sweet corn, and soybeans. This species is highly effective for their preying characteristics especially on the economic pests that cause harm to crops. The spined soldier bug effectively helps as active controllers for biological control programs in many countries like Russia and throughout the Eastern part of Europe. The effectiveness of the spined soldier bugs has increased its demand among gardeners and crop cultivators that has led to its larvae to be sold in the marketplace for being sold commercially. However, the spined soldier bugs are not effective during the harsh winters as they cannot survive the cold climates. The active pest controllers, the spined soldier bug, is considered to be one of the most effective and worthy predators over harmful pests in most of the parts of North America and Europe where the heated greenhouses are present.

The high demand of the spined soldier bug has raised its cost in the market that makes it economically unfit for the cultivators to buy them in adequate quantity to protect their large fields. However, they have actively adopted several alternative methodologies that help in accumulating the naturally occurring spined soldier bugs to invade the regions of the crop field and provide protection of the crops against the harmful pests. The higher cost of raising the bugs from its initial stage makes them economically higher at the marketplace, but the effectiveness of these bugs are so immense that in spite of high prices, people still buy the bugs actively.

Spined soldier bug is considered to be the most common and effective predator bug throughout North America. This is a species of the stink bugs. The name of the stink bugs has been given due to their strong odor emitted from their bodies in case of any disturbance caused to them. The adults are approximately 0.5 inches in length. They have a common shape of a shield, and the coloration of their body varies from bug to bug on being yellow and brown. The spined soldier bugs have specks which are black along with a spine that is conspicuous. The species is often mistaken to be the plant-feeding stink bugs; however, there is a vast difference as these plant protectors and not killers, but can be recognized through the shape of the spines.

The adult squash bugs are comparatively more significant than the spined soldier bugs. This insect measures up to 0.6 inches in length and 0.33 inches in width. The general appearance of this species is recognized due to their flat body shape and dark brown or grey coloration. The insect has orange and brown stripes all over. The eggs laid by the females are bronze or yellow and go through five instar stages of their lifespan. On becoming adults, these insects become green to grey in coloration and eventually to a brownish grey tone of coloration at their matured phase. The legs and the antenna of the insect are black.

Why is the Spined Soldier Bugs Attracted to Gardens? 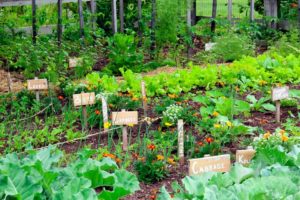 The spined soldier bugs are often attracted towards the gardens that have plenty of food sources for them in the form of pests available. The spined soldier bug is believed to prey on more than one hundred species of other plant harming pests. The favorite hunting spaces for this species is the farms having potato plants, cole crops, tomatoes, sweet corn, eggplant, beans, onions, apples, and asparagus. These species search for shelter and a perennial bed proves to be of great value in attracting these species in most of the seasons.

The adult spined soldier bugs litter under the leaves, wood piles, and barks of trees and plants throughout the season of winter in several parts of the continents that have to overwinter prevailing. In several states, the winter is partial, and these bugs can be noticed on succulent plants for the complete season. Along with the rise in the temperatures and on the arrival of the spring season, these spined soldier bugs become active and start feeding on the other harmful pests that reside in the gardens and crop fields. The main preference of the spined soldier bugs are the plants that have woody bark and stem. These bugs more prefer plants like elderberry and dogwood.