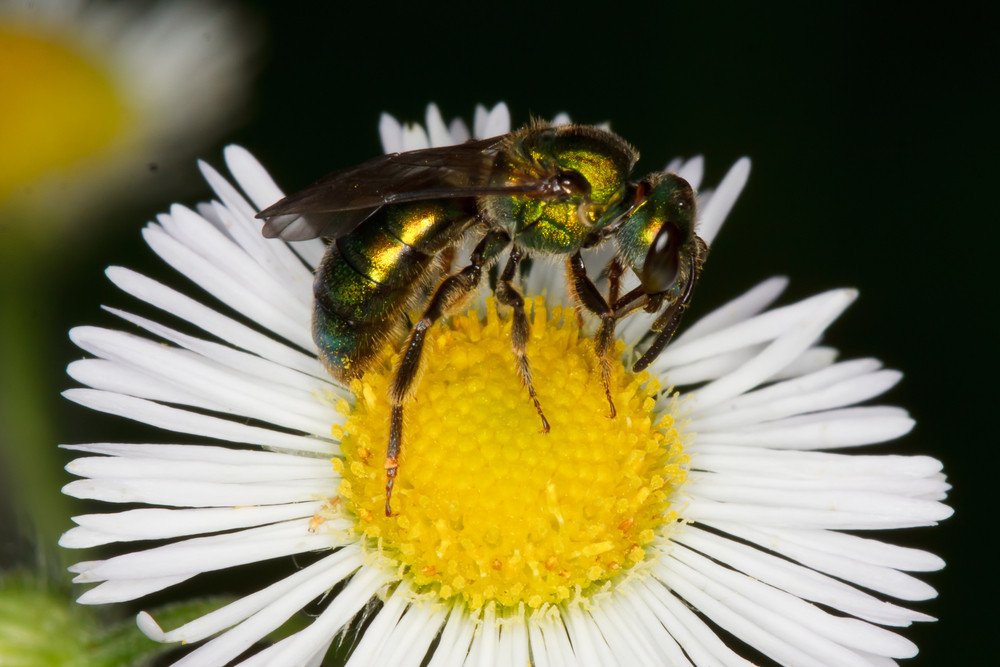 Sweat bees pollinate flowers across the world. These smaller, lesser known bees are large in numbers, with over 1,000 sweat bee varieties in Canada, Central America and the United States. These species differ in characteristic, but there are a handful of the species that love one thing sweat.

A solitary bee, the sweat bee is often seen with a plethora of pollen on the back flying around the garden.

We’re going to discuss these bees and information you need to know about them, from facts to sweat bee control. 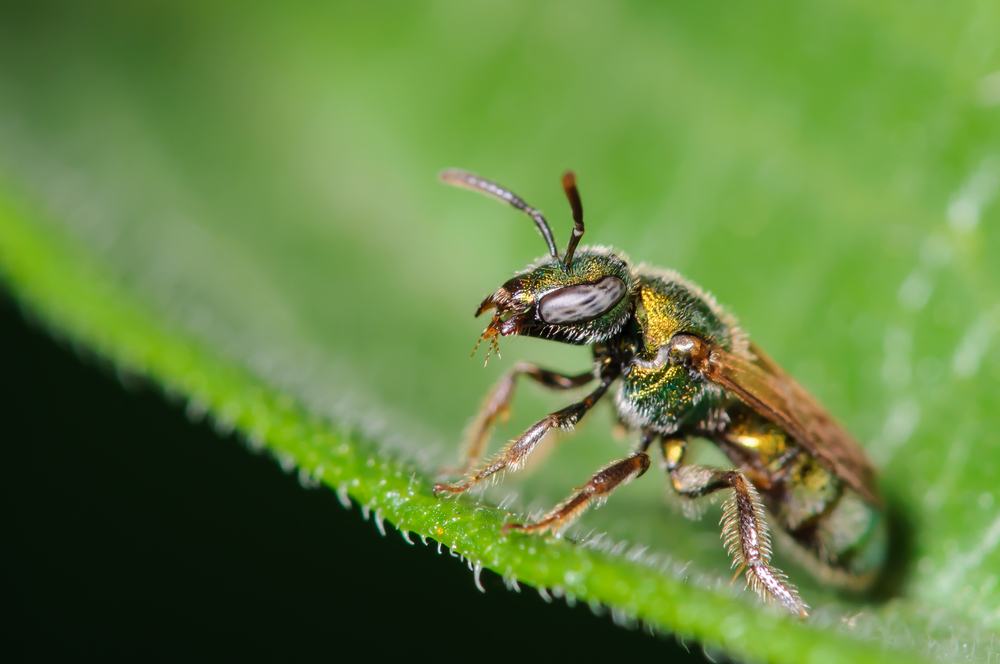 Sweat bees are attracted to human sweat – this is where their name comes from. But, these bees also serve the purpose of pollinating the world’s crops and flowers. If you see sweat bees, you’re among the very few that realize these small bees are around.

2. Why Are Sweat Bees So Bad This Year?

If you’re seeing a lot of these little bees this year, it’s due to the humid weather. Hot, humid weather causes humans to sweat, exposing the salt that sweat bees love. If the climate is hotter in your region or city, there’s a higher probability of a sweat bee being seen.

Sweat bees will feed on nectar and pollen. This is where the bee is beneficial to humanity because it’s a part of the pollination process. A declining number of bees in the world will lead to a potential food shortage because most the world’s crops rely on bees for pollination. 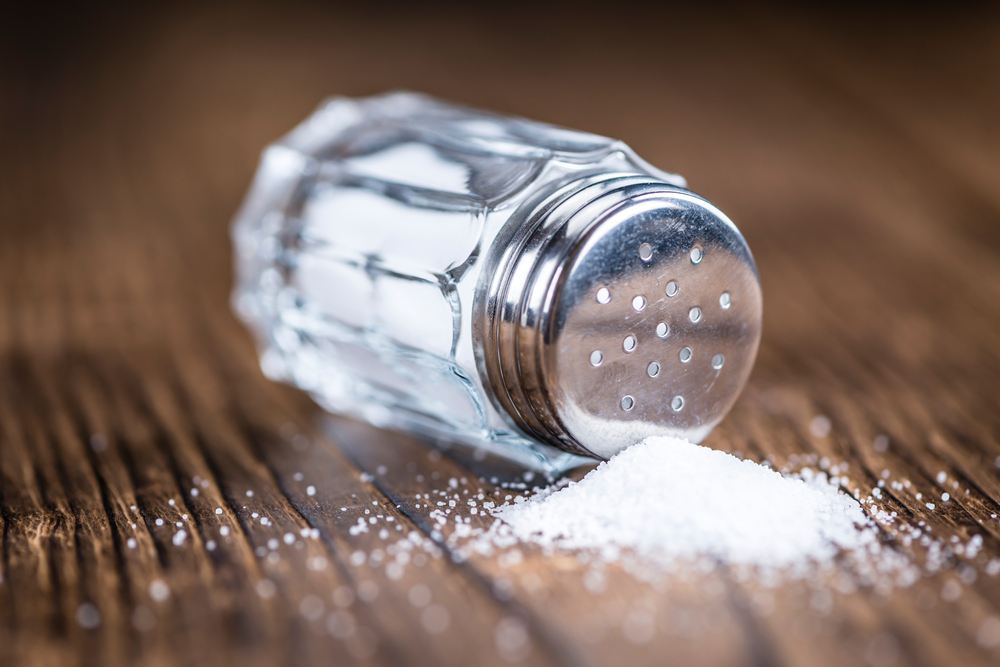 Salt is vital to the sweat bee, and since salt isn’t easily found in nature, the sweat bee will come and lick the sweat off your skin.

The salt acts as a nutritious feast for the bee. Most people never realize the sweat was licked or eaten off their body.

4. Where Do Sweat Bees Live?

These bees are solitary, and they burrow holes in the soil to build their nests. Tunnels and passageways are shared between these bees, although they live in a different sweat bee nest. The nests, called cells, are kept a good distance from other bees.

So, while the bee may share its tunnels, it has its own nest.

Eusocial species will split jobs up among each other, and they live closer to each other in cells. In the eusocial colony, a queen bee is crowned and given the name gyne. The queen’s job is to burrow in the ground and carve out areas where cells will exist.

The queen fills the cells with pollen and eggs so that the egg can feed on the pollen before emerging as a worker bee.

No. Females contain stingers, but males don’t develop a stinger. The lack of danger exists because the sweat bee doesn’t attack unless they’re squished on the skin. If this bee is swatted away, it will fly away and go on with its day.

The small size of this species, between .125 – .5 inches results in many people overlooking these bees.

They’re often mistaken for flies because of their appearance (depending on their color).

6. Species Differ in Color and Appearance

With over 1,000 varieties of sweat bees, there are bound to be different characteristics. We’ll discuss the most common characteristics and appearances:

The good news is that the sweat bee has one of the least painful stings of all bees. Colonies of 12 – 40 bees will be formed by the queen.

7. What’s the Job of the Male Sweat Bee?

Male sweat bees aren’t dangerous. These bees have no other job but to mate. The bees will hover above a female, drop on the female or right above the female, and then an attempt to initiate the mating process begins.

The poor male bee will only have mating success with about 5% of females.

So, what are sweat bees?

These are small, harmless bees that only sting when provoked. A lover of salt, sweet bee pictures often include the green sweat bee that’s commonly confused for a fly.

How to Get Rid of Sweat Bees Naturally – 4 Proven Methods

Sweat bees are often allowed to persist because they make a major contribution to the pollination of crops. And since these bees are relatively harmless, there’s no reason to control them in most cases.

If you have a major infestation, or if you’re severely allergic to bees, it may be wise to engage in some form of sweat bee control.

What repels sweat bees? There are a few sweat bee repellents that will work to keep these small, pesky bees at bay. The most common forms of repellent are:

A mint rub is a fast and easy way to deter bees from being attracted to your skin. The rub can be a simple mint soap or lotion. Peppermint works best and will repel the bee. If you want to make a rub, you can simply:

And the only thing that’s left to do is spray the mixture on your skin. 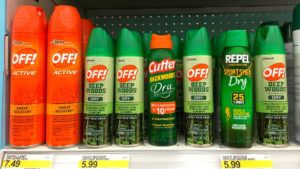 You’ll find many insect repellents that will keep bees and other insects at bay.

If you want to know how to keep sweat bees away, a bee trap will help. We’ve written an entire article on how to create a bee trap, and it’s a simple method that works every time. The basics of a trap includes:

It sounds simple, and it is, but the traditional trap won’t work for these small bees. A commercial trap is best, and if you want to create a trap, make sure that it’s able to hold small bees like these.

Keep in mind that the trap must be able to contain smaller bees, and this trap can hold fruit flies, which are very small.

How can you get rid of sweat bees? The best method is to create an environment that this bee doesn’t like. If the weather isn’t humid, you won’t see many of these bees buzzing around. Since you can’t control the weather, you can do something that will make the life of the bee harder.

These bees burrow in the ground, and they prefer dry and thin soil.

A simple and proven method that works is to:

It’s really that simple. If you make the soil thicker and more difficult to enter, the bee will find another spot that’s easier to build a nest.

This is a method that we recommend when someone wants to know how to get rid of sweat bees because you can control where the bee goes. By making it difficult for the bee to make a nest in the soil near your home, you can be sure that the bee makes its nest somewhere else.

The final method to kill sweat bees is to call an exterminator or to use a commercial pesticide. Since the colony of this species only contains 12 – 40 bees, there often isn’t enough of a concern to call a professional in to do the job.

Costs are dependent on:

The exterminator will scout the area to find the nest. Once the nest is found, the bees will often be killed with a pesticide. Since these aren’t honeybees, they often won’t be transported to a new location.

Again, there is often no reason to call an exterminator to get rid of sweat bees.

Sweat bees are a small, often unrecognized bee species that are active in dry, humid areas and in areas where agriculture is in abundance, these little fliers are more abundant and will often find nectar and pollen in “swarms.”

Proper repellent methods, trapping and preparing is recommended before calling an exterminator.