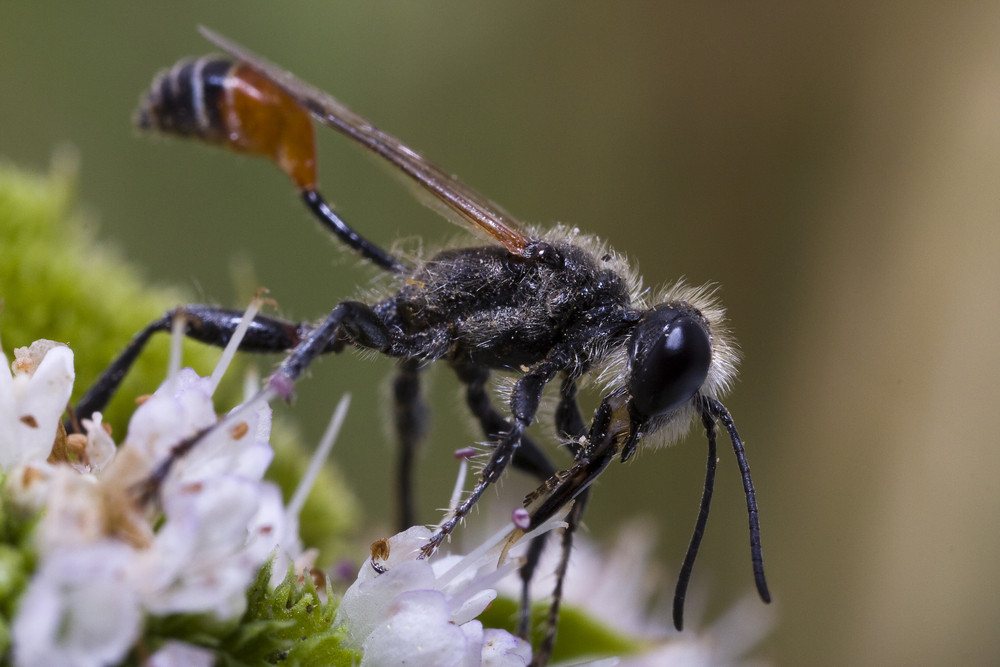 When we talk about the word bee, the first thing that comes to our mind is nothing but the honey bee. In fact, this term is too wide to cover several species it cannot be merely confined to the term honey bee only. Xerces Society claims that there are more than four thousand species of bees existing all over the world. Except for a few on this list, almost every species is in every part of the world. Among these 4000 species, there is one that lies between the honey bee and the bumble bee. They are biologically known as Centris Pallida. People call them digger bees because their females make their nest by digging into the ground. They do this with the help of their jaws and legs and do not seek the help of other worker bees.

How to Identify Digger Bees? 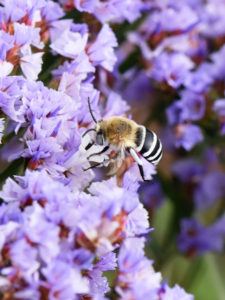 If you want to get rid of the bees (click here to read the ultimate guide for bee control) considering that they might be dangerous for your plantations, it is important to find out what they look like and how they live.

The digger bees are usually 3 cm large. Their faces protrude out while the wings are attached to the bodies with the help of very tiny papillae. The bands cover the entire abdominal region. Unlike other bees, their wings are comparatively small. They make high pitched buzzing sounds as they hover around the flowers while feeding. It is straightforward to distinguish between the male and the female bees because of the yellow marks on their face.

The digger bees usually feed on the small insects and grubs. Ground dwelling pests also make up an essential component of their diet. Some of these bees also like to have pollens or organic feeds. It is not necessary to build the nest near the food sources as they can easily fly around to get the food they need.

The digger bees live deep in the soil. They build their nests deep under the soil. They create burrows for a living. They usually live in the areas that have a flat but sandy kind of terrain. When they are in the pupal stage, they stay under the ground for the whole winters. They come out when they are adults after they mate the females dig a new hole.

The females dig their nests in summers. Single female digs about six to seven burrows. These burrows are for the young ones. Once the burrows complete, the females bring in the dead cicada. This cicada becomes the egg laying site. The larvae mature into this cicada and use it as a source of food before transforming into a mature digger bee. 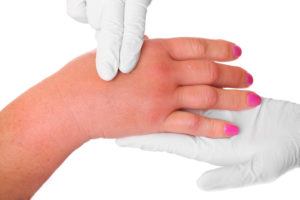 It is only the female digger bee that stings, but it is not something ubiquitous. The digger bees are not aggressive insects by nature. They attack when they find some threat close to it. In some species, the males are more aggressive than the females, but they still do not sting like the females.

Like other bees and wasps, the sting of the digger bees is not poisonous. It only causes localized reactions. If someone is stung by the bees and the wasps, it would only cause systemic allergic reactions. The immediate reaction includes pain, itching, redness and swelling the affected area. In severe cases, the subject might have to face anaphylactic reactions that can claim lives too.

As the strings are not very serious all the time, hence the remedial procedures are also basic. At the earliest, the subject can clean the affected region by cleaning thoroughly with warm water and some disinfectant. Ice cubes can be used to massage on the surface to fight the pain. In the case of a severe reaction, you can opt for using epinephrine. If you fear severe reactions, you can further consult a medical practitioner.

The digger bee infestations start appearing as small populations, and then they grow within no time. One or two nests grow into several hundred in just few month. If they are not controlled well in time, there are chances that they get out of control and start multiplying rapidly in their number. The number of the nests starts growing resulting in more bees. Some of the bees also fly at low heights to bother you. They can be a real nuisance for the young kids and especially the pets. If the early infestations go unchecked, then there are chances that they will spread into the areas you want to keep away from them.

How to Get Rid of Digger Bees 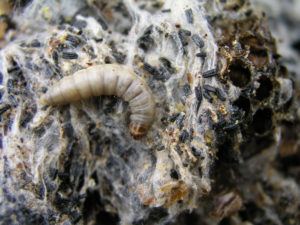 There are several ways to get rid of the increasing infestations of the digger bees. You can easily counter them at the early stages but as the problem grows they become difficult to handle.

Open grounds make good homes for the digger bees. You should start off first by covering the ground with more grassy patches to avoid the digger bee infestation.

You can get hold of these dust, and with few puffs, you can see the pace of the digger bees.

Digger bees are not very harmful to both the plantations and the human life, yet they can be a real challenge if the number increases and that is also because of their continuously hovering and moving around. The digger bee species is neither small like a honeybee nor huge like a bumble bee. The females are found to be more aggressive than the males. They are solitary by nature and do not look for any help from the colony to protect their nests and the young ones. Digger bees are interesting tiny creatures that are abundant in the American continent and the Canadian region.