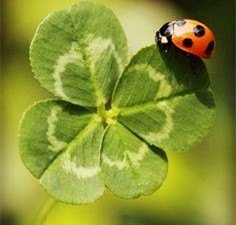 Being bugged by bugs in Florida Bugs is an everyday occurrence

Have you ever had that feeling that something is crawling up your skin in a place on your body that you can’t see – you kind of recoil, jumping up frantically to free yourself of it, brushing yourself off just in case … !

Beautiful sunny Florida, swarms with all kinds of insects and bugs. But why so many bugs in Florida? Well, it’s because of this state’s magnificent climate, which the human species loves so much. It allows for many outdoor activities outdoors and people love the soft breezes of the outdoors to come into their homes as well. But not the bugs! The warm, humid climate is the type of habitat that is very popular with insects, arthropods, bugs, mites, ticks, centipedes and the like. And because Florida, one of the most populated states in the USA brings tourists from all over the world to its shores, it also just further creates opportunities for bugs to be transported from other places. The economy of Florida is one that imports fruit and vegetable, pet animals, vegetation and plants. Scientists report back that on an average, there will be at least one arthropod pest that will establish itself in Florida every month. The Walt Disney World is the most tramped on vacation fun resort in the world with millions of people traipsing in to witness animation pests like Mickey Mouse and others, as well as wildlife – as long as all these stay there and don’t bug your home!

The fact remains that Florida’s bugs aren’t going anywhere and if they do really bug you, there are ways of dealing with them. You’ve got to realize though they are just part of the culture of Florida. Some people are so used to them as being part and parcel of Florida that they have given them nicknames. Cockroaches are palmetto bugs and March flies are love bugs. But let’s look at all these critters that can be found in Florida. Can you believe it, there are a minimum of 69 species of cockroaches in the US but the biggest one in Florida is called the Florida wood roach. You get other big ones called The Australian, American or smoky brown cockroach or Brown. These can all get to about 2 inches long. Some of them fly like the Asian cockroach. People love living in Florida but they despise cockroaches. Pest control companies report back that no matter how clean a house is, just about every household battles with them. With more than 3500 species of cockroaches in the world, 69 of the species live in Florida! They are destroyers of food, they damage fabrics and books and they can spread disease. Even pest controllers say that no matter how often you try and use the home treatments, the cockroaches are sure to find their way back in.

Bed bugs make a person’s face crinkle up with disgust – these blood-feeders are fond of living in our mattresses and bedding and walls and crevices. They almost seemed to have disappeared at one stage when insecticides such as DDT controlled them, but today, they have resurged, and in some places, in epidemic proportions. This is because they seem to becoming resistant to the chemicals. The problem is they are becoming of the most difficult bugs to eradicate and they travel from place to place via luggage, clothing, handbags, etc. There are natural repellents to use as well. You will find over 200 different species of ants in Florida. People call ants in Florida Big Headed Ant or Caribbean Crazy Ant, or Acrobat Ant, venomous Fire Ant and more. The Pharaoh Ant seems to be a common one to be found in hospitals. The Florida carpenter ant is one which you will find in many homes and which causes huge percentages of homeowners to complain about their presence in the home, trying to eradicate them with products. They are capable of chewing right through wood, actually causing structural damage as well; major damage to a home. Fire ants too have a nasty nip and can run up a child’s leg and nip them too.

The love bug or Plecia nearctica is actually a fly species. Often motorists encounter these on the Florida highways, especially in April–May and September-October. It is a widely spread fly, but very common in Louisiana, Texas and other Gulf Coast states like Florida. Motorists view them as a serious nuisance when traveling in the southern states. Love bugs get their name from their mating ritual so to speak. The female will fly into a swarm of males and get grasped by the male where they couple on the ground and fly off again, often into the motorist on the highway.  But keeping a bucket in your car with some water, some baking soda and non-scratch sponge will get rid of the mess they can leave on your windscreen.  Some people claim that fabric softeners and water does the trick wonderfully as well. Florida makes an ideal kind of home for termites, because of the warm and humid climate. There are four types of termites to be found in Florida. The Subterranean termite likes a moist environment. The Damp-wood termite seeks moisture and wood saturated by water. Dry-wood termites like to make homes in dry wood and the Cone-head termites are found in the more isolated areas of Florida, in the south. It also likes a moist environment. They get into homes by foraging and looking for food. They travel quite far (a few hundred feet) to find wood, paper and cardboard to use in their nest and your wood furniture is not excluded in their diet.

Mosquitoes, like bed bugs, can land on your skin, and try and suck your blood. They leave your skin itching with red raised welts. Mosquitoes carry some deadly diseases too; malaria, encephalitis and others. They can even cause serious heartworm disease to dogs and cats because they lay their eggs in the water and near their food bowls. They require water to do their breeding. If you go out in malaria infected areas, you should carry a mosquito repellent. The no-see-um is also known as a sand flea. Sometimes when you are at the beach, the no-see-um can be seen in the mornings and late afternoons. They are tiny and hard to see, but they could also be described as a gnat. Using a good insect repellent that has DEET will help you control these pests while you enjoy the beach.

There are thousands more from where the above comes from

Florida has more than 12,500 species of insects living there and all of them eat and breed. A lot of them bite and sting. Many of these insects arrived in Florida by accident so to speak and these are considered ‘invasive species’. Many of these pests affect the residents of Florida in what they believe are negative ways.

Some are so tiny, you can hardly see them, that’s why they get names like ‘No-See-Ums’ but they pose a nuisance to people who are spending time near the shores of water with little or no wind. They bite and then leave red welts on the skin. Other critters are the Yellow Fly, the Stable Fly (or dog fly) which attacks cattle and dogs, but will also bite humans, found in north-west Florida. What about the Wolf Spider? The look very ferocious but try and hide from humans. They do humans a favor in that they eat insects as their main meal. Then you get the Citrus Leaf Miner. It’s a moth and is considered an invasive species brought in from Asia. It severely impacts on the Florida’s citrus industry, and we all know how well-known and delicious the oranges are that come from Florida! The southern mole cricket is another pest that causes damage to people’s lawns burrowing underneath the grass.

Here are some more names of bugs in Florida

It is important to effect rodent prevention and control because mice and rats do seek out warm areas for the wintertime. They look for warm walls in kitchen and attics where they love to spend the wintertime. You need to do a good job inspecting your house for any holes and spaces where these pests can get in. Look out also for droppings and gnawing marks which can inform you there is probably an infestation.

The kiss of death from Kissing Bugs Back in 2015, the kissing bugs were noted to be potential carriers of a fatal disease that was reported in Florida at that time. The Center for Disease and Prevention in Florida warned residents that the area had been invaded by “kissing bugs” (Triatomine bugs). They are called kissing bugs because they leave their bite mark around human mouths and faces. They carry the parasite that causes Chagas Disease. This disease can stay hidden in the human body for years, eventually leading to heart disease. But not all of the kissing bugs carry the Chagas Disease.  But those that do, when the bug bites you and its feces gets into the bite wound or your mouth or eyes, the parasite gets into your body. It is estimated that over 8 million people in the world have been infected with Chagas Disease. But most of these people are living in South and Central America.  These bugs live in cracks and holes, in rocks, in bush piles, outdoor dog kennels, etc. Kissing bugs are nocturnal pests, so its best your pets sleep in the house at night so as to risk being infected. If you believe your home has an infestations of kissing buts, you can call in a pest control company straight away. They will be able to tell you whether it is indeed kissing bugs and will take the necessary steps to get rid of the infestations and prevent it from spreading.

So you can see, that creepy crawling feeling you sometimes can feel, both indoors and outdoors, can really be due to a whole heap of different things. Sometimes it can be due to a health issue or an environmental issue. At other times, a pest may be responsible. In Florida, if you think the bugs are just too much to bear in your house, that they are causing damage to your property and even disease, you can contact the professionals, they will come and inspect your property and get rid of these pests for you. Florida simply has got bugs – you just have to take it or leave it!