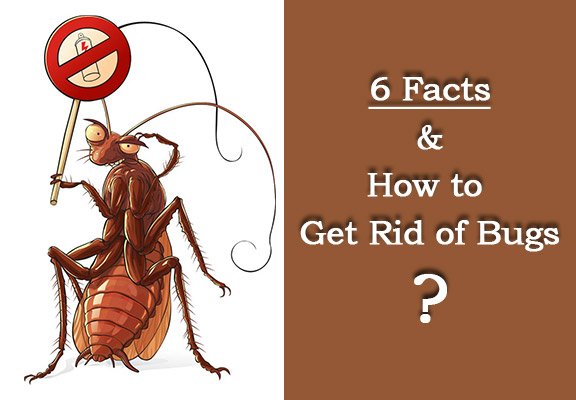 Giant water bugs are scientifically known as Belostomatidae. They’re hemipteran insects that many people also call “toe-biters.” These bugs are found across the world, with a concentration in Australia, and North and South America. East Asia also has a large population of the giant water bug.

“Giant” isn’t just a cute name for a small bug. These bugs normally have a length of at least 0.75”. Smaller species do exist, too, and larger species can be in excess of 4.75” in length – huge.

2. They’re a Popular Treat in Asia

Asians are known for eating bugs (chocolate covered crickets anyone?). Water bugs are also a popular cuisine in southeast Asia, and a lot of the reason behind this is that they’re large in size.  Considered a delicacy, markets often sell these bugs at stands.

Collected with floating traps, fishermen or sellers will use black lights to attract the bugs into the traps.

Since adults do fly, they’ll often be attracted to the light at night, resulting in them being trapped.

How are these bugs eaten?

That depends on the market and local culture. In Thailand, you’ll find water bugs at a lot of markets. These bugs are often fried and are rather crispy when eaten.

3. Male Water Bugs Are Responsible for the Babies

Paternal care for humans requires female attention for at least the first nine months of the baby’s development process. Water bugs are much different, as a role reversal takes place, which isn’t common even in the world of insects.

Studied extensively, scientists have found that these bugs lay eggs on the wings of the male.

When the eggs are present, the male cannot mate at this time. The male will need to carry the eggs until they hatch, taking on the majority of the burden of raising their kin. Females will continue to find males to mate with at this time.

A parental theory by R.L. Trivers’ predicted this action. There is even a subfamily of the giant water bug called Lethocerinae. This family of bugs will lay their eggs in vegetation. The males will be in charge of guarding the eggs at this time.

Many bugs pose little danger to humans, and water bugs are no different. But they do “play dead.” This same action is seen when a larger predator gets near these bugs. What happens is that the bugs will play dead and emit a fluid that comes out of the anus.

The bug is assumed dead at this time, but when they come out of the state, they can attack, which can be very painful.

The next time you see one of these bugs on their back, be cautious and remember they may not be dead after all – a scary thought.

5. Larger Prey Can Be Attacked

Even a 4.75” bug doesn’t seem too dangerous, but giant water bugs are highly aggressive. Think of the water bug as the cat of the bug world. These little critters will stalk their prey, capture it and eat it.

The normal cuisine of these bugs are:

But they have also been observed feeding on water snakes and even baby turtles. These bugs will lay and wait on rocks on the bottom of the water’s floor before jumping into action with their powerful digestive saliva.

This saliva is a rostum and liquefies the inside of their prey before sucking out the remains.

6. They Have One of the Most Painful Bites in the Insect World

If you get bit by a water bug, your insides won’t turn to mush and be sucked out. In most cases, these bites don’t do much harm to a human, but they are very painful. In fact, the bite of a water bug is one of the most painful in all the insect kingdom.

Water bugs need water to survive. These bugs are very agile in the water, and their agility allows them to quickly catch prey. The one place these bugs enjoy the most is water. You’ll find water bugs in:

Small lakes and streams are a good spot for these bugs, but they are most commonly found in ponds.

But these bugs do come on land, too.

Water bugs are attracted to light, as mentioned earlier, and if they see light from your porch or a parking lot, they will be attracted to it. The attraction only occurs at night, so you won’t find many of these bugs during the day.

How to Get Rid of Water Bugs

Getting rid of these bugs is difficult, and you need to be prepared for a long process. The issue is that these bugs prefer the outside, so if you find them in your home, you either have a damp basement, they’re coming through cracks, or they’re making their way into your home through the pipes.

Your best bet is to try to control them through:

Traps are available, and these can be a hit or miss. If you do use a commercial trap, your main factor in determining if you kill the bugs or not is placement. Strategically placing the traps will allow you to get rid of the bugs most effectively.

But most professionals recommend calling an exterminator to do the job.

Catching these bugs can lead to very painful bites – ouch. Professionals will have all of the right equipment to ensure that they don’t get bitten in the process. And an exterminator will also be able to try and track the source of the bugs to tackle the problem at the root cause.

If you do find more than one or two of these bugs in your home, it’s time to call in a professional.