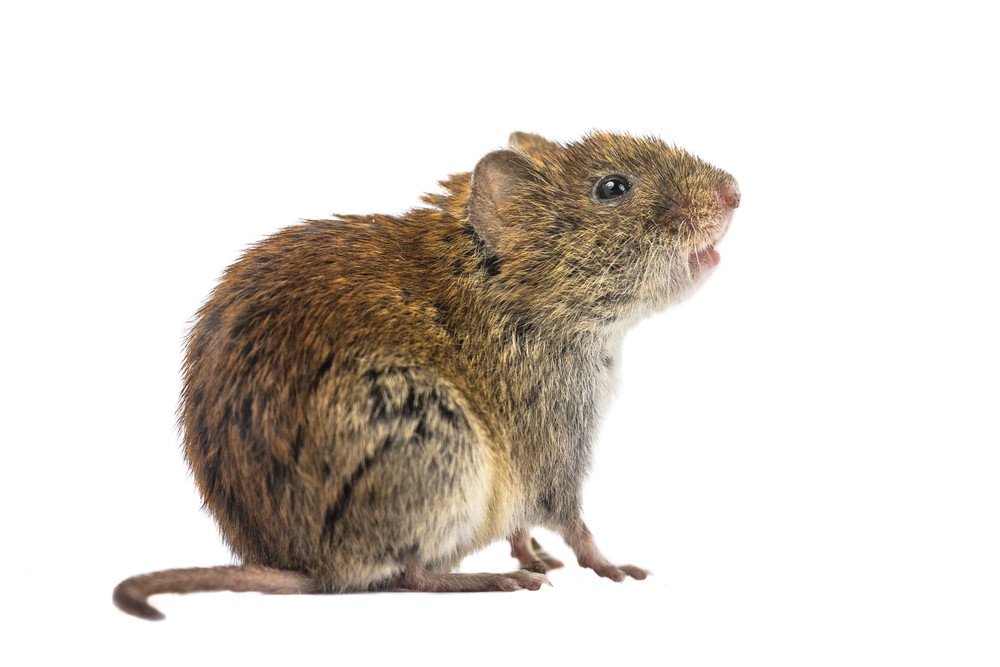 Voles frequently damage the young trees and woody ornamentals. They chew the base of unprotected stems that result in critical plant diseases and in some cases even the death of the plant. Voles have been seen to bite on roots and tops damaging plants, for example, parsley and celery.

Eminent harm to field mostly happens in the middle of the winter season under snow. These meadow mice are protected from predators in winters. They get themselves covered in the snow by constructing the runway system. Every day vole’s action typically comprises of many small raids from their home to look for food as well as for these widest vole tracks.

Potential vole damage occurs in winters because they take advantage of meadows as the lawns get covered with snow in fall. No one gets to know what lies in there. When the snow starts to melt, we are left with tunnels and dead grass. They eat a variety of plants and cause destruction to orchards and tree planting by gnawing tree barks. Voles can totally ruin the crops by their complex above-ground pathways and hide beneath them. They eat grass as well, and their dirt mounds cause a disturbance in mowing.

Female voles reproduce so rapidly if the adequate shelter and enough food supply are available. So recognize the damages and start eliminating the things that can welcome the voles to make their settlements all around.

Five ways to get rid of voles

Start taking notice of damages in your garden because the sooner you recogize, the better it is. Stop providing them habitat to breed before they become difficult to control. It is tough to detect woodland damages because they are underground. Vole’s hole identification can be made through the size of the hole which is a half inch in diameter. Various vole control methods can be used to avoid damages. Try these on for size:

Voles love to eat grass, the more the grass is dense, and the more chances are there for voles to find tunnels and settlements. The roots and stems of grasses and other ground cover are the real nourishment hotspots for voles. Accordingly, disposing of weeds, ground cover, and litter is an incredible strategy for accomplishing long haul control of voles.

Repeated trimming that keeps up the ground cover at a height of 3 to 6 inches diminish both nourishment and open voles to predators. The predators easily catch them due to their small size. In this way, yard and grass ought to be cut regularly. That is an incredible way to keep these species away.

Try to remove things from your garden every day. You may have grown fruit trees in your garden, if you see any fallen fruits, immediately clean that up and also chalk up pine needles from the evergreen trees. It is very convenient for voles to pick these fruits and hide in their tunnels. It will increase their chance to grow well and reproduce if the food items are easily available. Take care of all the protections. By removing the food sources, the voles would have to decide to leave the place.

3. Cultivate the soil in your garden

At least you will devastate the runway frameworks made by voles, yet you may likewise have the capacity to keep the pests from choking out the garden food. So do not leave a place where voles can dwell. Make the use of that soil and cultivate that rather than leaving the area open to voles so that they won’t eat every plant out there. You need to demoralize voles from making burrows by upsetting the dirt. Soil ought to be developed in the pre-winter and spring.

4. Dig sharp material into their tunnels

You can make the tunnels uncomfortable for voles by digging in the sharp material. Attempt a blend of 10% coarse rock and 90% soil. You may likewise combine your soil with material like Permatil or Soil Perfector. Utilize a scoop and spade to infiltrate the passages and store the sharp material. Develop your dirt once the material has been deposited. Cultivate the soil after infiltrating the sharp material.

5. Add the barriers to trees or gate to garden

Try not to support your trees. Utilize ¼ inches wire of mesh metal or hardware cloth to wrap your tree trunks. The boundary ought to be no less than a foot in depth and 18 inches high for hotter atmospheres. For colder environments, ensure the hindrance is as tall as your most noteworthy snowfall. Clear weeds and brush before introducing a fence to secure your yard, plant, or lawn.

There is a privilege for voles if the area is covered with snow, at least 3 feet of snow shield should be cleared so that it is not a source of protection for voles. This method is not practical for huge areas, there would be some trees, and it would be impossible to wrap each tree with barriers. But it is effective if the place covers less area.

Three methods to kill the voles

Killing the voles is another way to get rid of them. Different methods are used to poison them. Numerous pest control products are available in the market. You can ultrasonic vole repellents or poisoned baits. Toxicants like Zinc phosphide is used for vole prevention.

Juicy fruit trick is also practiced. Juicy fruit gum is placed in half wide holes in your garden, voles eat it, and they cannot digest it. It blocks the food which leads to their death. You can use a natural pest control product. Castor oil contain ricin which is highly toxicant. It can be sprayed in the garden and the holes.

Ensure that it is lawful to eliminate or move voles as it is restricted in a few states. The Trap works more efficiently when voles are at their peak of reproduction. There is a variety of lethal traps, pick one of them according to your resources. Some people make the trap at home with heavy cardboard boxes. These homemade traps work the same way as other traps do.

Fall and late winters are the best time to catch them. Bait the trap with apple slices, peanut butter or oatmeal. Poisoned baits can also be used. Set your trap with the goal that they are opposite to the runways of the vole or close to the doorways of passages. Check your traps day by day and expel dead and caught voles. Never remove the dead voles from the trap with bare hands because they can cause diseases. Use gloves to dispose of them.

While choosing the right poison, you have to take care of certain factors. The poison should not affect your health, your children, and your pets. Always follow the safety precautions. Various effective poison baits are available at local hardware stores. Warfarin-based like Rodex, Kaput Mouse Blocks, or D-Con baits are considered as the safest and efficient. Moth balls and ammonia can also be poured into their holes. They work as a poison for them.

3. Allow your cats to hunt voles

One of the predators of the voles is a cat. The cats use their instincts to hunt small mammals like voles. In that manner, you don’t need to show them how to catch voles. All you have to do is to create room for your pets to hunt. You have to take care of the availability of voles in your garden. They are mostly active at night. Provide your pet the opportunities to be in the backyard at night where the vole tunnels are. Do not feed the cat much; hunger will make them more active to hunt.

This way is effective, but if the voles have reproduced to countless numbers, it would be difficult for the cat to kill all of them. In that case, you will have to go for other options.

Voles’ size may be small, but the destruction they cause to the plantation is massive. Immature voles only take one or two weeks to get mature and able to reproduce. Problems can escalate with the increased number of voles. If you don’t want them in your garden, make sure you are not providing them reasons to dwell in your house. Remove all the possible attractants before it is too late. If you are already facing vole problems, use the opportunities like traps, repellents, poisons and all other precautionary measures. If the number of the species has increased to the level where it has become impossible to deal with them, immediately contact a pest control professional.