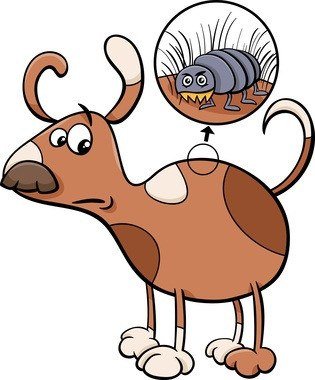 When trying to determine which bug bite you have, a flea bite vs bed bug bite comparison can be very difficult. Both of these pests are common all around the world, but there are ways to distinguish between each bite type.

How to Tell If You Have Fleas

Fleas are small and love blood – it’s their lifeline. And fleas love warmth, so they’ll attach to animals first and make them their host. If you have a dog or cat, a simple look through their coat will be able to tell you if you have fleas. 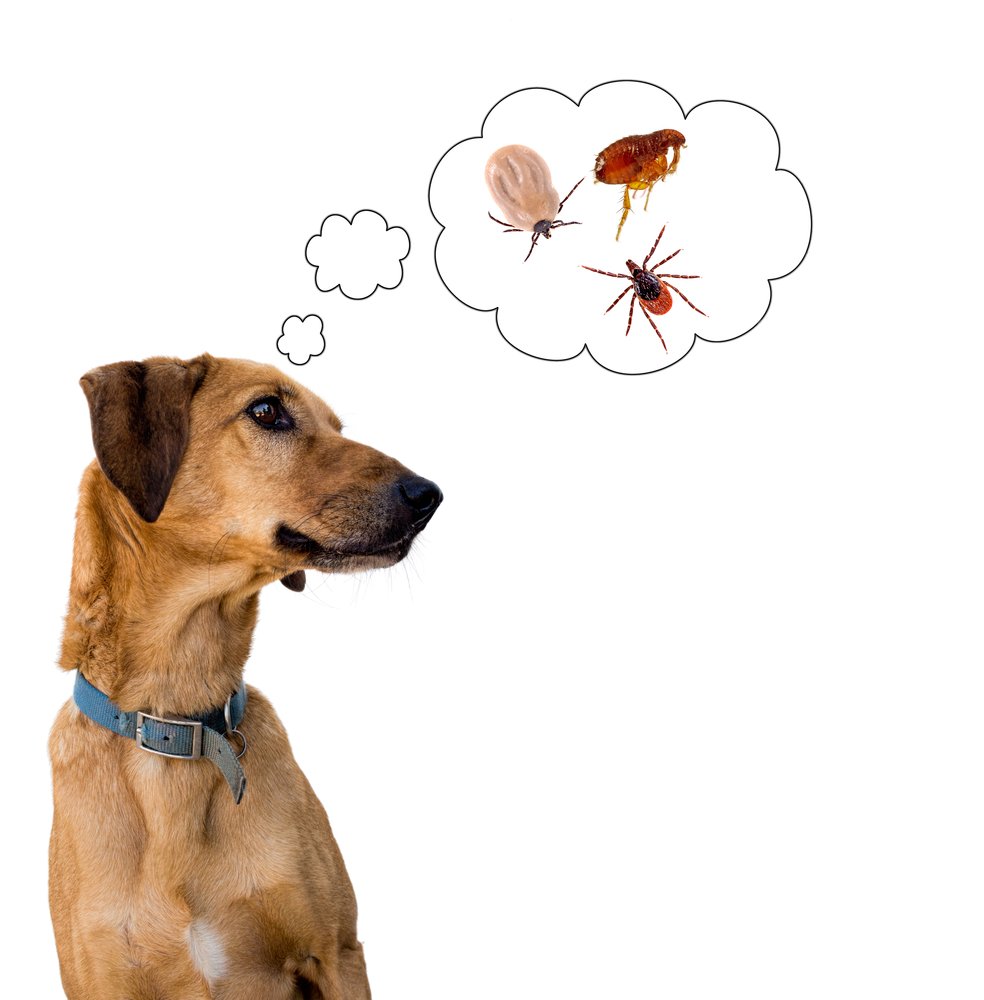 If you answered yes to any of these questions, you’ll likely have a flea infestation. But there is a chance a lone flea bit you first, or that you don’t have an animal to examine. In this case, you ‘ll need to be able to determine a flea from other pests by their characteristics.

If you see a pest, you’ll want to use a piece of clear tape to immobilize the pest so you can try and tell what type of pest you’re dealing with. The common characteristics of fleas are:

And fleas hop quickly and effectively. 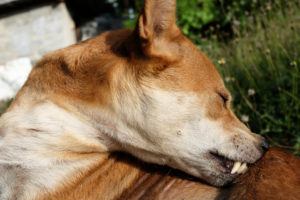 The characteristics of a flea bite are:

In some cases, a flea bite can progress into an open sore or blister. This isn’t always the case, but it does happen with some sufferers.

How to Know If You Have Bed Bugs

Bed bugs also love to feed on your blood. These pests are like vampires that, unsurprisingly, attack in the night to feed on you. Nocturnal, these bugs are awake when most people are asleep, and since they love to make beds their home, you’ll be food for them while you sleep.

Unlike fleas, bed bugs are brought into the home primarily by humans.

And when you see a bed bug, they won’t jump like a flea. Bed bugs like to crawl around, and this is one of the easiest ways to be able to tell if the pest you’ve encountered is a bed bug or a flea.

If the pest hops or jumps, it’s not a bed bug.

Bed bugs will crawl on to their hosts, feed, and crawl back off. Fleas can jump great distances, which allows them to feed on a host and escape quickly after.

Since the bed bug and flea are similar in length, it can be easy to mix the two up when you see them. The good news is that if you don’t see the bug jump – fleas jump quickly when approached – it’s likely a bed bug that is invading your home. 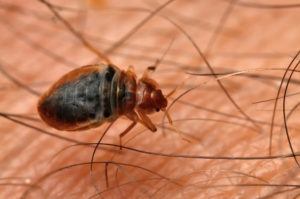 A quick search online will allow you to view enough bug bites pictures to be able to confidently distinguish between a flea bite vs bed bug bite. A few of the tell-tale characteristics of a bed bug bite are:

Bed bugs like to come out when people are sleeping, and these pests are found in crevices, in upholstery and often in the bed or in the bed frame, which is where their name comes from.

Unlike fleas, bed bugs will only come out to feed every 7 – 10 days on average. Females are relentless, and they’ll feed at all times of the day and night without stopping if allowed.

How Can You Tell if It’s a Bed Bug or Flea?

Visual identification is the best way to determine whether you’re dealing with a bed bug or a flea. But if you’re bites seem to be coming from a mysterious creature, there are a few things you can look for to help you determine which insect is feeding on you.

The bites have been discussed in great detail, and the key points to remember before taking action to get rid of these pests are:

Another difference between these bites doesn’t have anything to do with appearance. Bed bugs are pests, and they’ll feed on you for hours if you allow them. But these bugs pose little risk to human health because they have not been shown to be able to transmit diseases to humans.

Fleas, on the other hand, have been shown to be able to transmit:

Most flea bites are simply uncomfortable and won’t pose a risk to a human. But there is a small chance that a disease will be transmitted. If you get bit by a flea and start coming down with sickness or fever, a trip to your physician is recommended. Since the plague and many of the diseases that fleas transmit are not as prevalent as they were in the past, you’re likely at a lower risk of contracting these diseases.

When bed bugs bite a human, the delay in the appearance of the bite is due to it causing an allergic reaction in the body. Humans are allergic to the bug’s saliva, and it takes a while for the anesthesia and anticoagulants to react.

Tick Vs Bed Bug: Is That a Tick or Bed Bug? 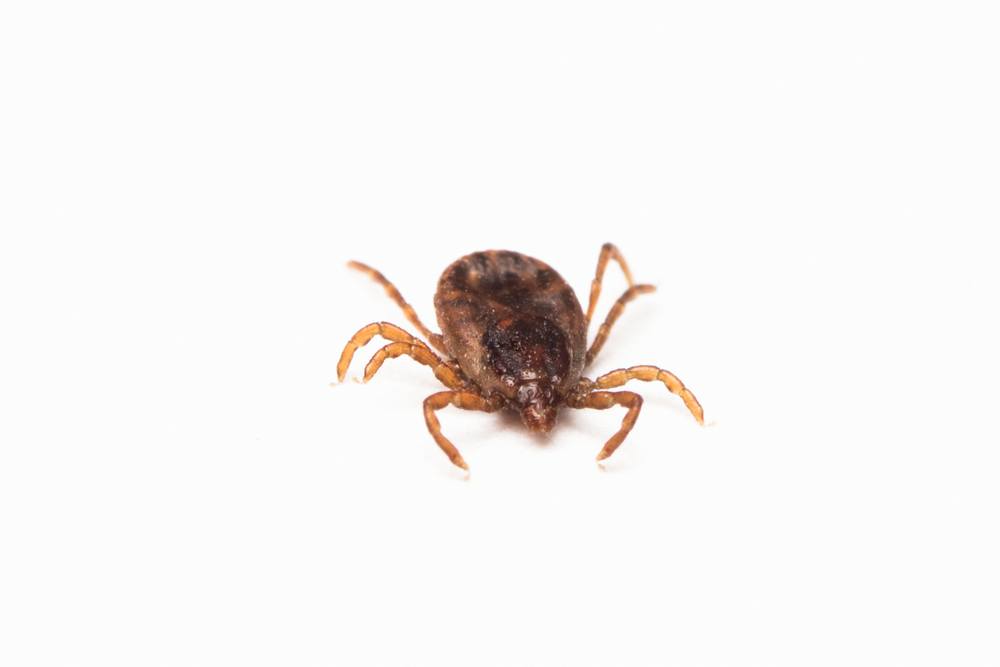 Ticks are another pest that no one wants in their homes. Not only are they pesky creatures, but they also carry diseases that can affect humans and pets.

Just like with fleas, it’s not always easy to tell whether you’re dealing with a bed bug or a tick.

Ticks are actually arachnids, and they’re part of the Parasitiformes order. Just like bed bugs, these insects are considered external parasites, and they feed on the blood of birds, mammals, and in some cases, amphibians and reptiles.

There are three main families of ticks: hard ticks, soft ticks and Nuttalliellidae. These creatures are closely related to mites.

There are more than 700 species of Ixodidae, or hard ticks. Named for their hard shells, these ticks aren’t easily killed under the sole of a hard shoe.

There are around 200 species of Argasidae, or soft ticks. These ticks tend to prefer feeding on birds instead of humans.

The final family, Nuttalliellidae, has only one species, and it’s found in southern Africa.

Bed bugs and ticks both have diets of blood, but that’s where their similarities end. While both bugs are small, ticks are larger than bed bugs. If a tick has recently fed, it will have a blob or sack filled with blood.

A tick bite will often create a red bull’s-eye, while a bed bug bite will leave nothing more than a small raised bite on the skin.

Visual identification is the best way to determine which type of bug you’re dealing with, but if the creature remains a mystery, take a closer look at the bite to identify the insect.

Carpet beetle is the common name given to the Dermestidae order of the Coleoptera family. There are around 500-700 species of these beetles around the world, and their sizes can vary between 1/4″ and 1.” 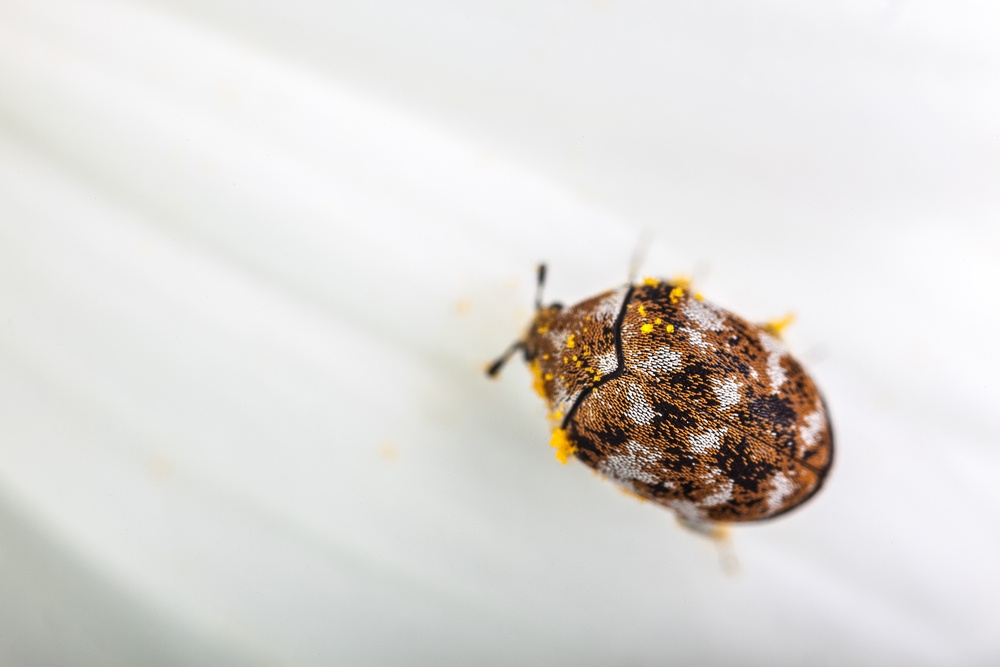 Carpet beetles have round oval bodies and are covered in scales. These bugs are scavengers by nature and will feed on a variety of plant and dry animal material, including pollen, skin, hair, dead insects, feathers and natural fibers.

While not common, some people do confuse bed bugs and carpet beetles. Carpet beetles are often attracted to fabrics, which means they may be found on bedding and in mattresses.

But generally speaking, these two insects are worlds apart. The carpet beetle is much larger than the bed bug, which is often hard to see with the naked eye. These beetles typically don’t bite humans either and do not live on a diet of blood.

Bed bugs are also brown in color, whereas the carpet beetle is brown and white. True to its name these beetles really do look like carpeting.