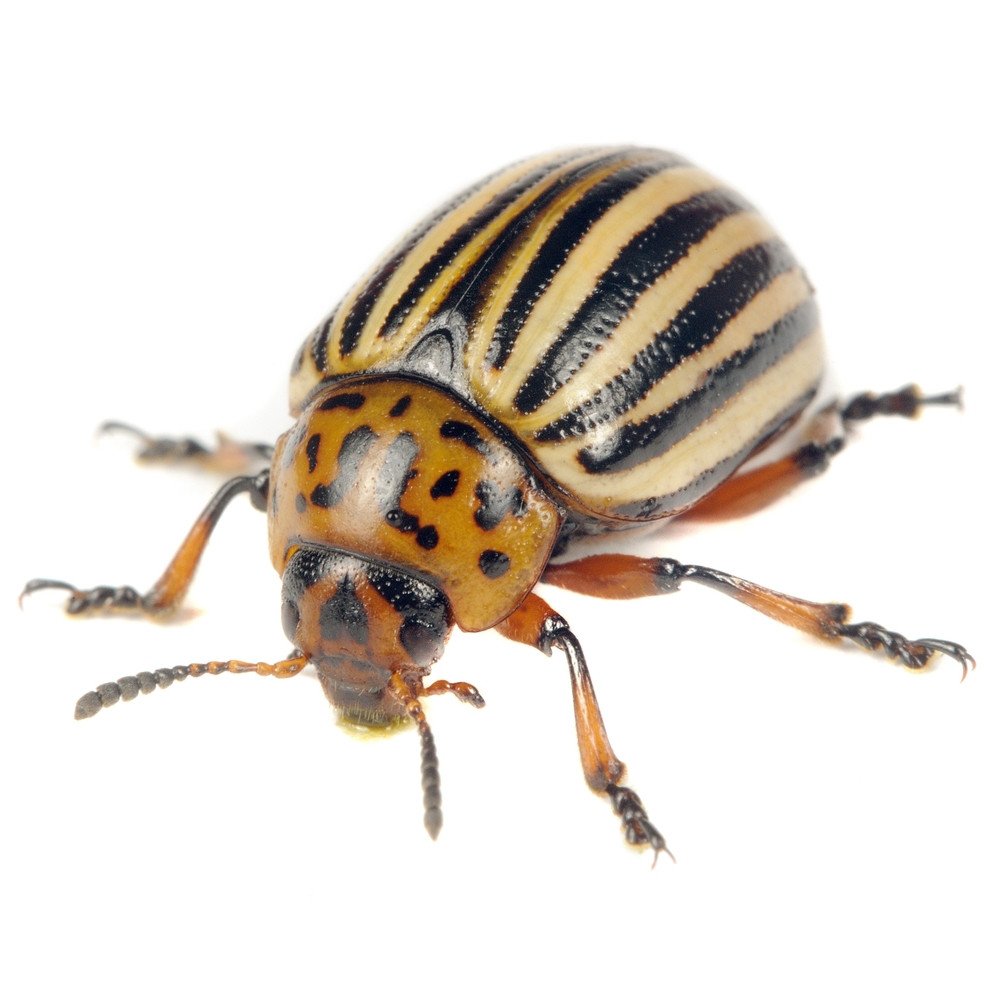 The beauty of nature depends upon the tiny crawling creatures, the massive beasts, the flying birdies, the colorful butterflies and the lush green plantations. Anyone of these elements cannot be ignored. Nature is the total of all these beauties. Not a single feature of the vast world can be ignored.  Among the beautiful existences, is the Colorado potato beetle?

About the Colorado potato beetle

The Colorado potato beetle is a known form of a beetle. It has got some other names too in the world of wildlife. These names include a potato bug, ten lines potato beetle, ten striped spearmen and the Colorado beetle. It is considered as the primary source of damage to the potato crop. It is usually characterized due to its small size and the bright yellow body covered with five stripes of brown colors.

Read moreColorado Potato Beetle: Interesing Facts & How to Get Rid of Them