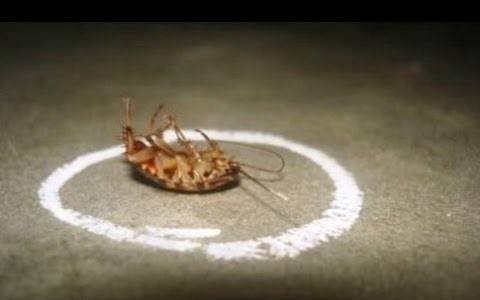 Borax seems good for everything – hello clean clothes. Even the 20 Mule Team brand promotes itself as a “laundry booster.” And who am I to argue? Borax has a way of making your clothes cleaner, but we’re going to see if you can use borax for roaches.

It kills them dead. Borax and cockroaches don’t mix well. Why? The sodium borate, which is the technical term for Borax, kills the roaches (more on that soon). A mineral found in natural deposits, Borax has been used for over a century in detergents and soaps, and now it’s starting to be called: Borax, roach killer master (read more here).

What happens is the roaches will get the Borax all over their feet – they’ll walk right through it. Then, they’ll ingest it sometime later, which will eventually kill them. The good and bad part is that they don’t die on the spot. This means that they won’t die in an open area and fill your counter like a roach motel, but then again, they will start to decay in the walls or cracks of the home, which isn’t a pretty sight.

In dire situations, the other roaches will eat the dead roach, making it harder to starve them out of the home.

How to Kill Roaches With Borax

Borax for roaches requires a little ingenuity on your part. You can’t expect to sprinkle a little borax around your home and call it a day – it won’t work. But you can kill roaches quickly and effectively with a little borax.

It will take a few steps to finally get rid of these pests, but it’s worth the effort. 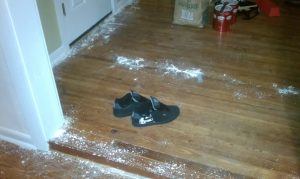 Roaches can enter a home even if it’s spotless, but they’re most likely passing through and will have no incentive to hang around for long. If you see that the roaches are sticking around and the infestations include more than 1 to 2 roaches, you’re likely providing them with the perfect environment to live and thrive.

You want to do the following:

Eliminating any food and water will go a long way in preparing your home to be free of roaches. If you’ve completed the first step, it’s time to move to the second step.

Step 2: Make a Roach Inventory to Find Where They’re Hiding 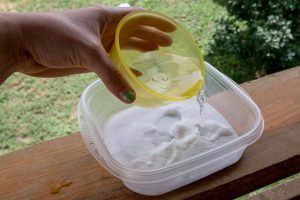 Roaches are often said to be the only thing that could survive a nuclear war. Why? They hide in cracks and baseboards so that they’re well-protected. But we’re a little smarter than the common roach, so we know how to lure them out of hiding.

See, roaches tend to love areas that are dark and moist.

So, you’ll need to inspect your:

But since these little suckers like to hide away, you need to find them before placing your borax. A neat trick is lighting up your home like a baseball field (roaches aren’t fond of light). And you can place a portable fan in the room to make them want to flee even more.

What’s the goal of this step?

Find where roaches are hiding away and make an inventory or list of these areas.

Step 3: Create Your Borax Mixture and Start Killing Them

Borax can be used all on its own to kill the roaches. Some people create mixtures (more on that soon), but it’s not entirely necessary. Borax can be used alone to kill roaches. But you don’t want to just pile a lot of borax in the area and call it a job well done.

You need to provide a light dusting.

Many people will use a duster because it’s less noticeable. Most people don’t know that roaches are intelligent, and if they see the powder, they’ll avoid it. So, aim for a light dusting. The roaches need to walk through the borax for it to work.

Borax will get stuck to the legs of the roaches, and as they clean it off, they’ll die. This is a good thing because roaches will eat other dead roaches when food is scarce. So if there is excess borax still left on the dead roach, the other roaches that eat the dead one will die as they feast away.

It’s not an instant solution – you’ll want to keep dusting for a month or so.

And the 20 Mule Team Borax for roaches is recommended. This is promoted as a laundry enhancer, but it definitely works well to kill roaches, too.

Ingestion of borax is not recommended. So if you have animals or children, ensure that you don’t leave borax in a place where it can get into food or be ingested. The good news is that most places roaches dwell aren’t where humans or bright lighting exist.