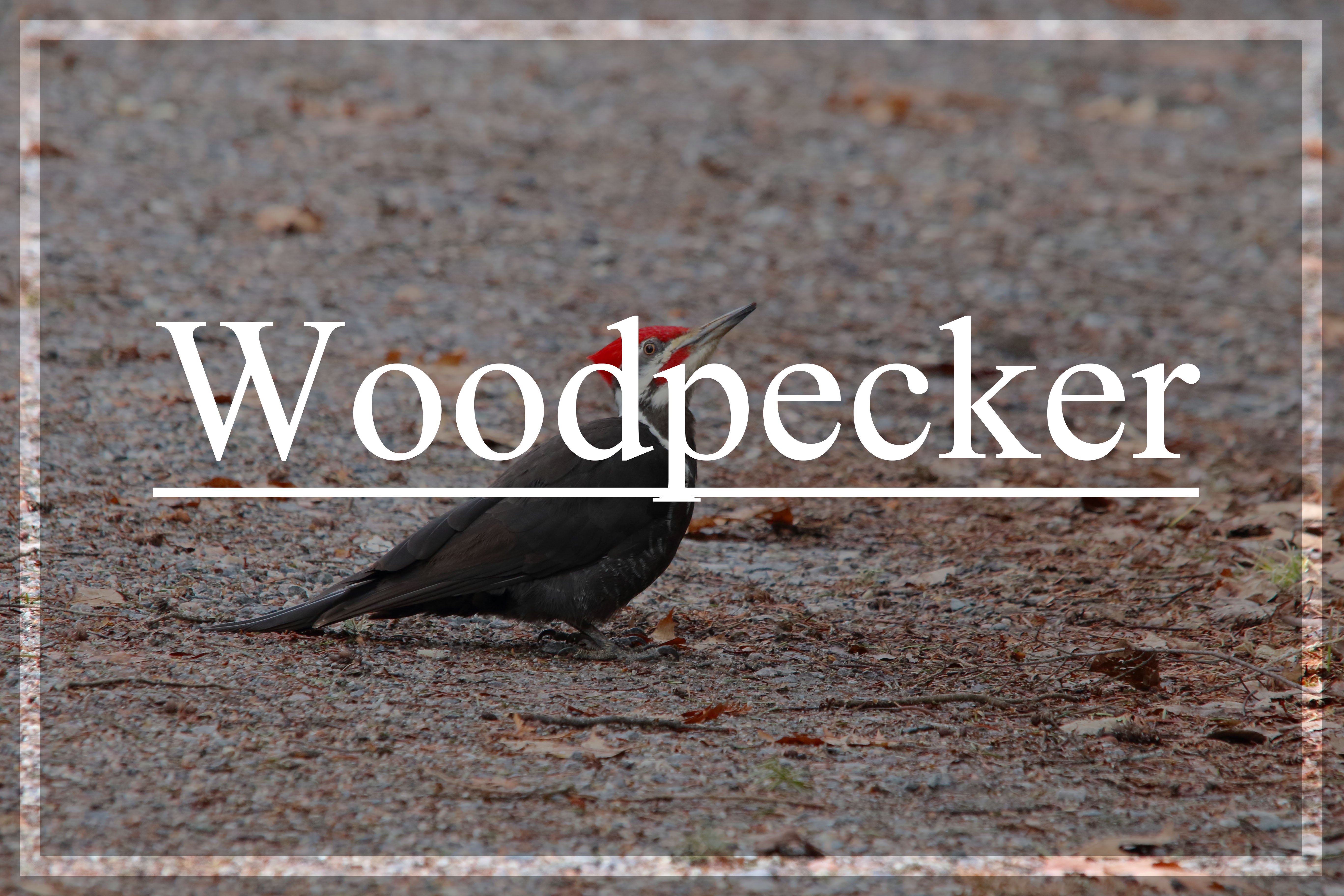 The woodpecker is a bird famous for tapping and drumming on trees as well as for the beautiful patterns and brilliant colors on its body. They belong to Picidae family, and there are more than 180 different species of woodpecker are present all around the world. They can be seen in forests and those areas having an excessive quantity of trees. However, few species can also live in deserts and hilly areas. Among 180 plus different species of woodpecker, the famously known woodpeckers are flickers and sapsuckers. They have many similarities with songbirds in terms of appearance, but scientists have still classified them as different for various reasons. 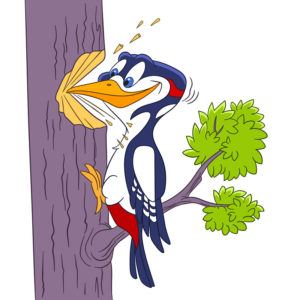 The beaks of woodpeckers are extraordinarily strong and powerful that assist them in drilling trees, cactus and soil. They can drill tree hardly with their beaks that it sound can be heard miles away. Those woodpeckers that use their beaks to hammer tree has stronger, thicker beaks as compared to those who use their beaks to inquire. They possess longer, curved and slimmer beaks. Woodpeckers also contain sticky pointed tongues that are even longer than their beaks, and it is used for drawing their food out of the trees. Feet and tail of woodpeckers are tailored in such a way that it supports them during hammering and tapping on the trees. They maintain their balance while woodpecker extracts their food from tree barks. 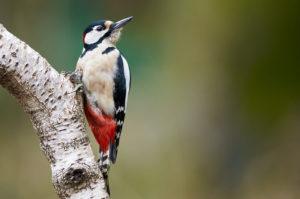 As the basic requirement of woodpecker is wood, therefore, they can be seen in all wooded areas across the world except few areas. These few zones or continent include Australia, Antarctica and few other oceanic islands. Mostly the woodpeckers are desk-bound or stationary by nature, and they do not migrate to other areas. However, there are few species like yellow-bellied sapsucker, rufous-bellied woodpecker and Eurasian wryneck woodpeckers that breed in the region of Europe and West Asia but migrate to Africa and Sahel later on during winters. Another northerly woodpecker population like northern flicker, Lewis’s woodpecker, red-naped sapsucker and red-breasted sapsucker migrates in fall towards the south in North America. Furthermore, their few species migrates in altitudinal manners too. That means they migrate to lower land areas from mountainous areas during winters. 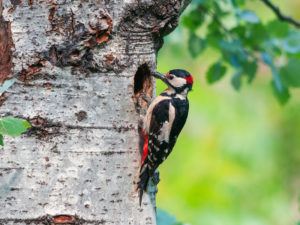 Drumming is a way of communication between woodpeckers. Without using any vocal sound to communicate with their fellows, woodpeckers hit their bill consistently on trees or any other hard surface quickly. They repeat this drum roll after giving a small pause. Different woodpecker species create their unique pattern that helps to identify a message. These patterns may vary in the number of beats in a particular roll, time gap between two rolls, time duration of roll and rhythm of the drum. Woodpeckers usually prefer to choose those surfaces for drumming that can resonates to create a loud sound like hollow tree, pipes or gutters. They select void trees, pipes or gutters. Woodpeckers use drumming for different purpose majorly to advertise their ownership of their tree, to catch the attention of a mate and to maintain a contact. Woodpeckers have the ability to identify the differences between their mate’s drumming and other birds drumming.

Woodpeckers are omnivorous by nature that is they feed majorly on insects and invertebrates that reside inside the wood. However, few woodpecker species has been seen showing flexible behavior regarding their diet. Such species are both omnivores and opportunistic, and their diet may include bird eggs, nuts, lizards, spiders, caterpillars, larvae, and sap. Woodpeckers catch these creatures from inside the tree by digging a hole on a tree. They locate the presence of insects inside the trees through hearing them and then decide the exact location to drill a hole. After creating a hole with the help of their sharp beak, they use their sticky tongues to extract insect out. Few woodpecker species may also catch flying insects, and invade ants and other insects’ nests to get their food. During insect extraction from trees, woodpecker also obtains tree sap that is also a primary source of food for few species.

The mating season, Gestation period and litter size of woodpeckers varies from species to species. Usually, both male and female woodpecker digs a cavity inside a tree to build their nest. These nests are then used to nurture eggs and to nurse baby woodpeckers also known as chicks. The incubation period is usually around two weeks. Chicks are blind and featherless at the time of their birth. Among both partners, one takes the responsibility of bringing food to the nest, and the other one takes care of chicks. After spending 18 to 30 days inside the nest, the young woodpeckers become able to leave the nest and live on their own.

Besides possessing essential characteristics like other birds, woodpeckers have some extraordinary features and facts too. Here we will discuss those surprising woodpecker facts:

The primary activity of woodpeckers is drumming and drilling hard tree surfaces at high speed. They can hit trees with a speed of 20 strikes per second, and that too puts impact force of 1200 G. this velocity and impact force is enough to damage brain, neck and face dimension. However, besides all these activities woodpeckers do not get any injury. The reason behind this strength is their unique skull structure. Their skull is modified in a way to absorb big shocks along with their beak and body structure that support their shocking activity. When woodpecker hits the tree, three structures assist them in absorbing the impact.

After absorbing a significant part of the shock, aftershock vibrations are absorbed by hyoid that is a tendon-like filament covers woodpeckers’ skull. 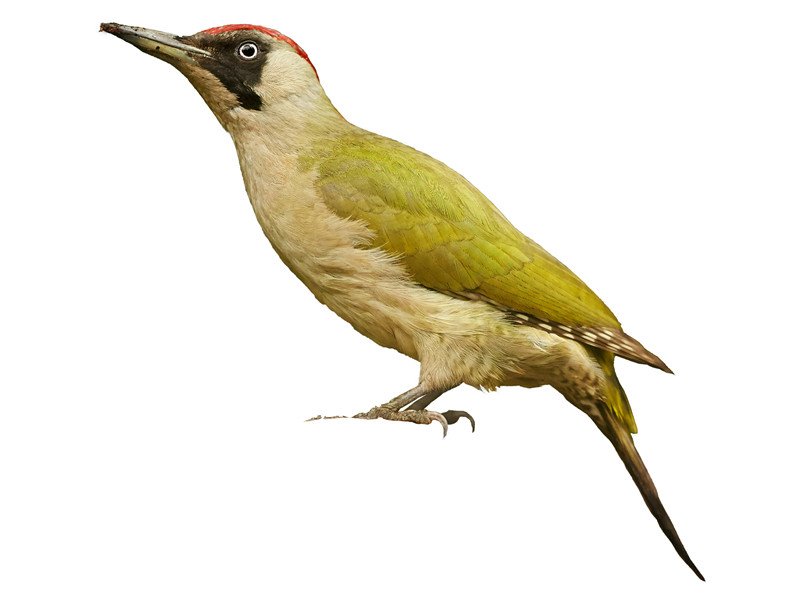 Woodpeckers climb trees and dig holes on hard surfaces while maintaining their whole body balance. It seems astonishing to many, but woodpeckers possess such features to help them in keeping their balance in equilibrium. One of these functions is sharp spikes on their tales. During their tree climbing, tail spikes also dig into the tree bark, and when they hold a tree with their unique claws, these tail spikes act as the third leg to keep them secure.

The ground woodpecker has been named after their habit of pecking on ground. Unlike other species, they search their food by hitting on earth. They contain yellow eyes, and their feathers are painted with the land Additionally, they also contain reddish highlights on their body that matches the color of soil and rocks. They regularly fulfill their needs from ants, but they also consume other insects like termites. Like other species, their tongue also helps them in excavating insects out of the soil.

Another unique feat about woodpecker is the presence of ‘zygodactyl’ arrangements of their toe. Unlike other birds, woodpecker contains two toes pointing in the forward direction and two toes pointing in the backward direction. When woodpeckers are busy in striking the tree wood swiftly, these zygodactyl feet prevent them from falling no matter, how hard or fast they are hitting the tree.

Another interesting fact about woodpecker is their mutual relationship with a hummingbird. The four species of woodpecker named yellow-bellied, red-naped, red-breasted and Williamson’s sapsucker that can be seen in North America forests usually live by developing a relationship with hummingbirds that benefits both creatures. Sapsuckers drill holes in trees, consume insects and extract sap from the trees. This sap is then consumed by hummingbirds too. In the result, hummingbirds go behind them from one tree to another and prevent bigger birds from consuming fluid from woodpecker’s cavities and thus it protects food for both partners. 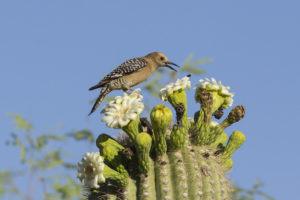 Typically woodpecker species make nests in trees, but there is also species named Gila woodpeckers that prefer to make its habitat on saguaros that is huge plants, and like trees, it is almost 13 meters in height and broad enough to provide food and shelter to woodpeckers. Gila woodpeckers can be seen in deserts, and they have brown colored bodies with checked back and red face tone. Gila woodpecker plays a significant role in sustaining saguaros health as they remove insects and damaged tissues that act as an excellent remedial measure for cacti.

Besides possessing other excellent features that protect woodpeckers during hard drilling, they contain hair like soft feathers located around their nostrils. These feathers help to prevent any nasal damage. They further contain air sacs that mainly serve the purpose of filtering dust from their nostrils. To protect their eyes from flying wood chip and sawdust, woodpecker contains the third eyelid named as a nictitating membrane that is translucent and gets closed as soon as woodpecker hits the wood. These features are very crucial, as they prevent woodpeckers from sawdust and wood chips that are produced as the result of their rapid drilling.

Among all woodpecker species, the weirdest species is Eurasian Wryneck woodpecker. They have unique ability to twist their neck and to produce a sound like a snake hiss. Because of their small size, they look like a sparrow rather than woodpecker, and they consume ants as significant part of their diets. When wryneck feels scared, they turned their necks at astonishing 180 degrees and produced a sound like a snake hiss. This attribute has been perceived by many as a sign of placing a curse on enemies. Therefore, many practitioners call wryneck woodpecker while throwing their certain spells. 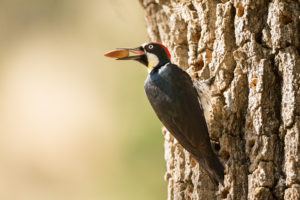 Acorn woodpecker is highly skilled, a hardworking bird with prosperous social life. They contain bright eyes and feathers and live in the form of group. They usually stay together in a group and even mate in groups making them strong as they can protect their acorn in a group that is a primary source of their survival.

Woodpecker can irritate humans by drilling holes in their territory. They can destroy woodwork by digging holes and search for food. It is critical to stop them immediately. Otherwise, they can make your area as their permanent habitat.

Applying adhesive materials on areas where woodpeckers are coming can deter them too. However, this method not only leaves stains on wood but can also create lifetime disabilities in woodpeckers.

Aluminum foil or other reflecting materials can deter woodpeckers as it will scare the birds and they will avoid coming back to your place.

It is probably the most efficient way to prevent a woodpecker. The technique is to play woodpecker sound that it produces during distress. It can alert the bird that is creating trouble for you.

Woodpecker is an adorable, charming and functional bird that helps in sustaining our environment through their incredible physical features. They also assist other mammals and birds by using their powerful beaks.