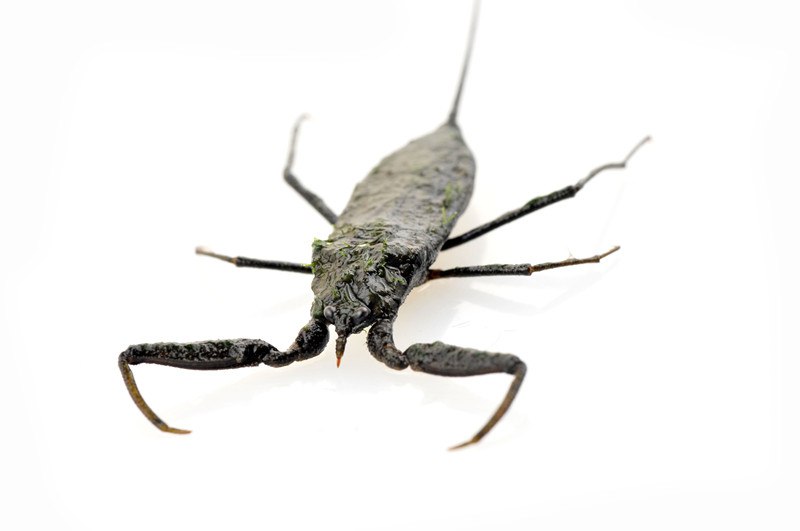 Water scorpions are not really like those scorpions who live in the desert and are deadly creatures. The name is given to them because of their special feature of grasping their forelimbs. There are about 50 different species of water scorpion. These creatures are invertebrate’s aquatic animals. It almost identifies like a land scorpion in many ways. The species of water scorpion are carnivores, and they usually feed on fish and other aquatic insects. They have a pair of wings and almost three pairs of legs which are further divided. There is a long sucking beak at the start of the head. The head of the water scorpion is relatively small. 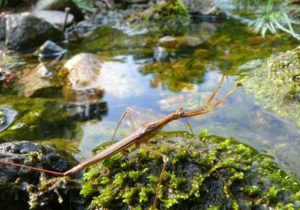 These water creatures have front legs like scythe which are very adaptive for catching its prey. Their body structure is like a whip structure which is long and thin. They have a tail which is connected with two respiratory tubes. These tubes are long and float above the water surface. It takes in air through these respiratory tubes. The water scorpion has a very painful sting. Powerful pincers are also attached with its forelegs. There are six rounded segments on the tail. The body color is almost blackish brown. It measures about 50 mm in length. However, they vary in shapes. Some water scorpions are elongated in size while others have an oval shaped body. They swim with the help of their front legs and use their latter pair of legs for crawling purposes.

These aquatic creatures live in water surface, but still, they are weak swimmers. They are found in North America. They are air breather and prefer living in shallow ponds and streams. Moreover, they cling to twigs quickly which are close to the water surfaces. These species use their tails to obtain air above the water. Its working is similar to the snorkel. The movement of these creatures is very slow as compared to other insects in the water. They can quickly swim through short distances, and they have the ability to crawl at the bottom of the water. Nevertheless, they can spend 30 minutes without water.

Water scorpions are well known as ambush predators. They use their forelimbs to capture the prey. When their prey passes near them, they grab it with their powerful limbs. After grabbing them, they pierce the body of their prey with their mouth and tear them up. Their victims include small insects such as water fleas and water worms. They are also fond of dense vegetation.

The predaceous aquatic bug usually mates during the spring. The male tries to attract the female through a very chirping sound. After mating the female will lay eggs. She will lay eggs shortly after the mating process at night. The eggs are laid on the water plants. The female lays up to 30 eggs per night. The eggs also have some anterior horns which are used to provide oxygen to the eggs. The eggs get hatched in 3 to 4 weeks. The appearance of water scorpion larvae is almost similar to an adult.

The long legged aquatic insect belongs to the order of insects which are also known as Hemiptera. These water species mostly exist in central Europe. They belong to the family of Nepidae and the kingdom of Animalia.

The aquarium where the water scorpion is kept as a pet must be covered with slow moving water flow. They are bad swimmers and chances are there that they might perish if the flow of water is fast. The aquarium or the water tank where the water scorpion is kept should also be stuffed with live plants and some sticks that also rise to the water surface. As these aquatic creatures cannot take oxygen from the water, they take it by extending the abdominal breathing tubes outside to the surface of the water. Some of them are not capable of thriving. They don’t find themselves surrounded by plants and sticks at the bottom of water surface.

2. Filtration and the Water Quality 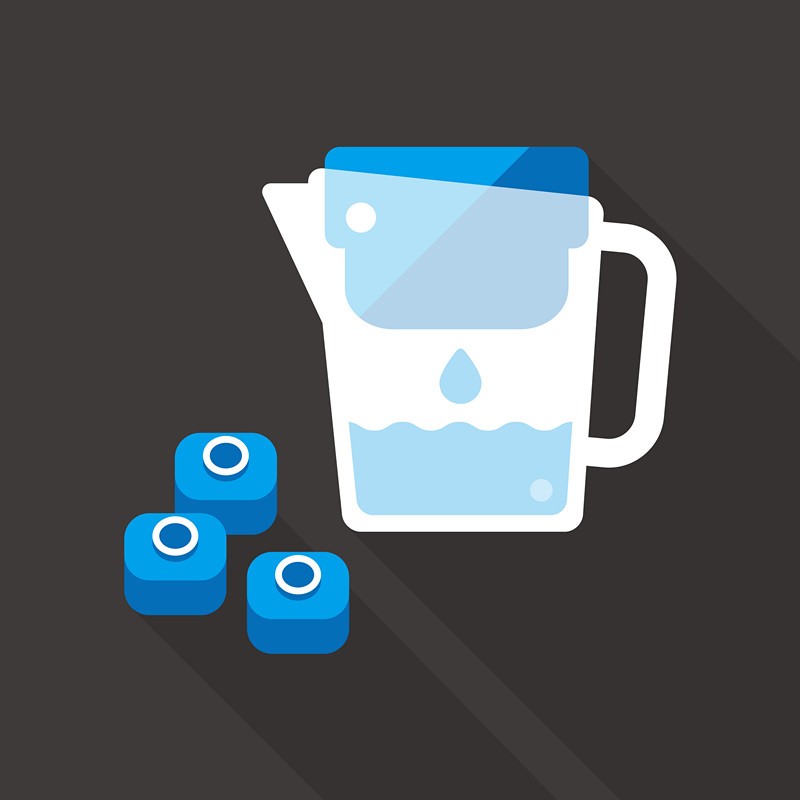 You can also keep this water scorpion in an unfiltered jar or any round bow. This bowl or pot must be replaced with new water at least once or twice a week. The live plants kept in the aquarium will also help to develop the water scorpion in the water. It will also maintain the quality of water for a longer time. When the water tank needs a filtration try avoiding strong water currents. The ideal filtration can be done with the help of sponge, under gravel and also corner filters can be the best option. The water quality and the quantity of water must not be ignored. You need to make sure that the P.H and ammonia are in the balance. Chlorine water drops are also a useful method to treat the water in the aquarium.

In the aquarium, the P.H level must be maintained between the ranges 6.5 – 7.8. The temperature in the aquarium also needs a balance. The quality of water needs a weekly check and balance.

It is a common phenomenon that the water scorpions will consume only small individuals among its species. There is no record of water breeding. The reduced temperature and the short life cycle that occurs in autumn help to encourage the reproduction. If water scorpions are kept in the aquarium, there are fewer chances that they will find any aquatic animals such as beetle and earthworms. They can quickly obtain and implement the habits of aquatic habitat.

The water scorpion does not sting the humans if you treat them with great care. Some researchers show that their long beak can sometimes also pierce the skin of a human. If the water scorpions are handled carelessly, they may not hesitate in delivering a painful bite to humans. The water scorpion bite is very painful.  Experts say that while handling the scorpion deal them with long pairs of tongs. The sting might not be harmful, but it is very painful. They move very quickly, so you need to be very careful while handling them. These creatures cannot become good pets for the children.

Many people are enjoying the company of water scorpions as their pets. Although sometimes it is tough to handle them and tend to bite if you handle them carelessly. They are not very good at recognizing or interacting with the individuals.

Here are some ways to deal with the water scorpion:

Here are some other fun facts about this wild water scorpion that might leave you baffled: 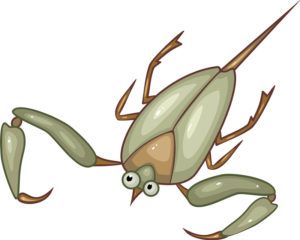