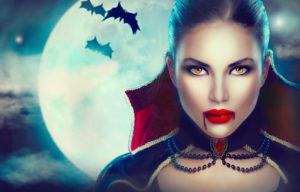 “I want to suck your blood,” is Dracula’s most famous line, but is there any truth behind this iconic horror story figure (who happens to turn into a bat)? It may be that Dracula was inspired by a real-life creature – the vampire bat. Learn more about these creepy pests in the vampire bats facts below.

You’ve heard tales of vampire bats and scaredy cats, but do these creatures exist? Yes, vampire bats are real. In fact, there are three species of them: the common, hairy legged and white-winged vampire bat.

2. What Does Vampire Bats Eat?

Do vampire bats drink blood? Yes, and their bloody dietary trait is known as hematophagy.

The common vampire bat can be found feeding on mammals, while the hairy-legged and white-winged bats feed on birds.

When vampire bats spot a host, they approach it on the ground and use a special ability known as thermoception to find a warm spot to bite. After making a small incision, the bat laps up the blood from the wound.

If the host has fur, the bat will actually use its cheek and canine teeth to shave the hair away and make room for its bite. Their bites are quite deep, too. These bats can make an incision of up 8mm deep and 7mm wide.

What’s scary about a vampire bat’s bite is that the saliva actually prolongs bleeding because it contains anticoagulants and other compounds that prevent blood vessel constriction.

How much blood can a vampire bat consume? A female weighing 40 grams can drink over 1 ounce of blood in a 20-minute feeding session.

Curious to see these bats in action? Check out this video of vampire bats feeding (warning: not for the squeamish of heart or people with a bat phobia). 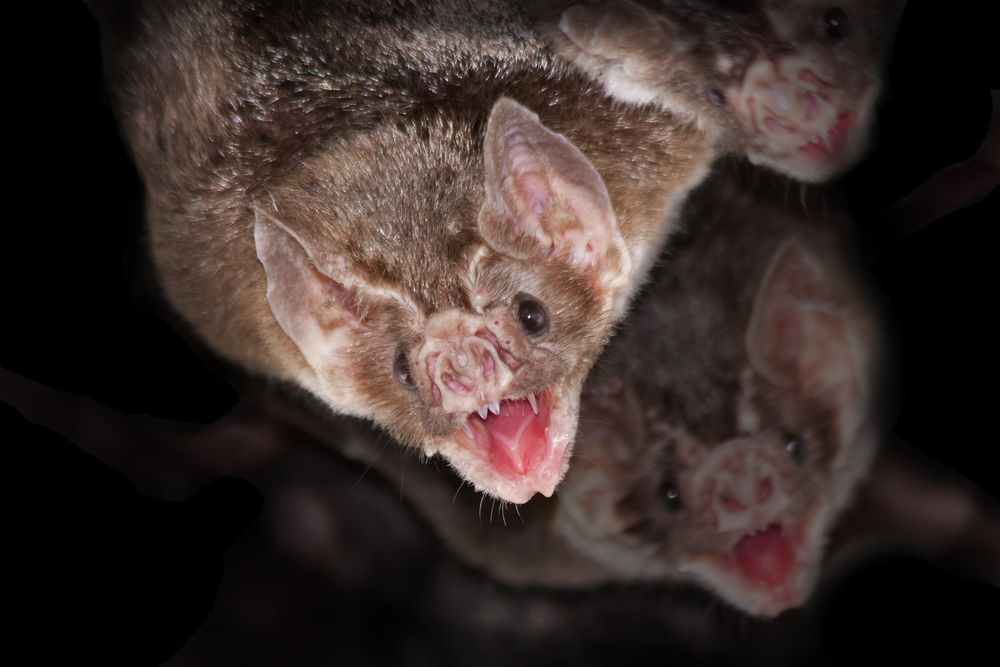 Vampire bats look very similar to fruit bats, but their muzzles are short and conical.

Try searching for pictures of vampire bats to get a better idea of what these creatures look like.

Vampire bats also have one unique trait that nearly all other bats have lost: the ability to walk, run and jump. They approach and feed on their hosts by land.

These bats also use infrared radiation to find and locate hotspots on potential hosts. The only other vertebrates with this ability are boas, pit vipers and pythons.

4. Where Do Vampire Bats Live?

A vampire bat’s habitat is almost completely dark. They prefer to live in places like wells, caves, abandoned buildings and hollowed out trees. Most can be found in Central or South America, and they prefer tropical or subtropical climates.

Vampire bats may live alone, or in colonies that span in the hundreds. They form very tight bonds with colony members, and may even share food. These bats can only go a few days without a meal, so members who fail to find food may “beg” other bats for food. Bats who are happy to oblige may regurgitate some blood to keep the other bat sustained until it can find its next meal.

Roosting bats have a unique social structure that consists of mostly females and their offspring. A few adult males, often called resident males, may also be a part of the group. A separate group of males, may be present, but would not typically mate with the females.

Male babies live with their natal groups until they reach two years of age. In some cases, resident adult males push the male offspring out of the group.

Vampire bats also groom each other, but this behavior typically occurs between females and their offspring. Some females will groom other adult females, but this is usually associated with food sharing.

5. Do Vampire Bats Have Teeth? 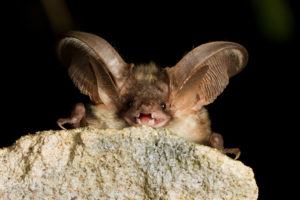 Yes, they do. These bats have special front teeth designed for cutting, and their back teeth are much shorter than those of a fruit bat.

The teeth they use for biting lack enamel, which helps keep them razor sharp.

6. How Big Do Vampire Bats Get?

Vampire bats vary in size, but the common vampire bat is about 3.5” in length on average and has a 7” wingspan. Most weigh about two ounces, but weight can increase significantly after feeding.

Baby vampire bats are much smaller, and will live with the colony for a few years before going off on its own.

Giant vampire bats no longer exist. The Desmodus draculae is an extinct vampire bat species, and was 30% larger than the common vampire bat.