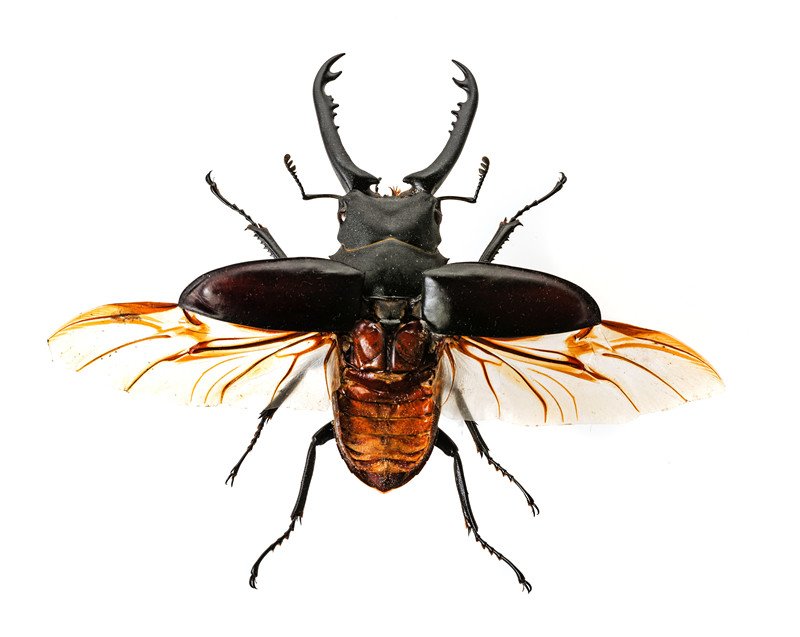 The lesser beetle is relatively smaller in size than other beetles. It also has large jaws and broader head. The male stag beetle can be distinguished from its smaller mandibles and the antennae which look unique than other insects. The female stag beetle can be identified by the full black color wings it has on its body. The mandibles which are present on stag beetle are much shorter on the female than on males. The base of their legs is orange and yellow in color. This ferocious looking beetle has very smooth and glossy exoskeleton which is mostly brown in color. The length of stag beetle is about 10mm long in length. They also have huge antlers.

The stag beetles are the most spectacular insects found in Britain. They prefer living in woodland areas, parks and gardens. They are also widespread in Europe. The stags are mostly found digging light soils to lay eggs. The newly adults that are emerging look for their ways into the soil. Most beetles are also available in areas where the temperature is the highest, and there is low rainfall throughout the season. Their species are also found in Norfolk, Yorkshire, and Lincolnshire.

Stag beetles are mostly seen spending their initial seven-year as larvae in soils and underground. Their lifecycle depends on the weather. If the weather is cold around it can result in extending the period. After they have fully grown, they go through their final process and become an adult stag beetle. They feed on the rotten wood which is on the ground. Adult stag beetles do not feed on solid food.

The most common predator of stag beetles is foxes, cows, and other kestrels. They usually attack the most vulnerable step of their life cycle. They attack the adults when they are mating on going through the breeding process.

Although stag beetles can fly, they are seen walking on the ground. After mating, they return to the places from where they emerged. The males are usually seen flying at dusk in search of their mate.

The direct threat to stag beetles is humans. The adult beetles usually move towards warm spaces and pavements, in the result, they are crushed by the traffic. Sometimes people kill them because of their wild and strange look. The change in weather can also have an effect on these stag beetles. The wet and windy weather does not allow them to fly.

Stags are harmless to humans. They do not bite or disturb them. They also do not damage the woodlands. However, there are some species of stag beetles which give a painful bite if they are threatened or provoked by the humans.

1. Remove any Decaying Wood from the Property 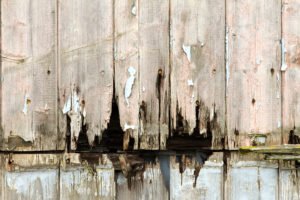 You can easily identify the stag beetle with the help of their wings. These tiny creatures depend on decaying wood and rotten leaves. It is included in their diet. These stag beetles are active during the night time. They get attracted towards the lights at night. They can easily fly in your yards and gardens. As these stag beetles emerge from the ground, they are fond of eating decaying plants. The first step you should immediately take is removing all the decaying wood from your property. All the wooden furniture that is no more in use must be thrown away. These stag beetles lay their eggs near the rotten woods which results into more beetles. They feed on decaying woods so if there will be no decaying woods there will be no beetles as well. Remove all the trash which I there in your garden, and you will soon see no beetle around your property.

Stag beetles were found near all the infected plants. If you have some affected plants in your garden that is the point where the beetles are coming from and where they reside. You can spray the infected plants with some soapy water. You can make this spray easily at home. You simply need to take some warm water and add some soap and vinegar. Keep this mixture is a bottle and regularly spray. It will keep the beetles away from your plants and garden. As the soapy mixture will result in some slippery liquid, the beetles will not be able to remain for a long time. You can also dust the plants around your property. Spraying the infected plants is the easiest and reliable manner to get rid of them. If won’t harm them physically, it will only force them to flee away.

3. Visit the Areas Where the Beetle Has Being Seen Regularly

There are millions of tiny insects found all around the world. These stag beetles are mostly found near the decaying wood and leaves. Visit such areas where they are found. Regularly keep a check. These tiny insects are also attracted towards the lights at night. Try to keep the lights closed at night. There are chances that they will not be found. Keep your garden and property clean and try not to keep decaying woods nearby, as it the way to welcome them. By spraying the infected leaves regularly with chemicals and homemade repellents, you can easily get rid of them. It is not necessary to avoid them by harming physically, but you can also flee them by using some simple homemade solutions.

4. Sprinkle Diatomaceous Earth on Where the Staghorn Beetles are Found

Sprinkling diatomaceous can be useful as it is effective when it gets dry. This De is used to dehydrate all the unwanted and unwelcomed insects from your garden and property. While applying this diatomaceous earth, you need to wear gloves or protected face masks to prevent any irritation on infection on your skin. You only to need to sprinkle these solutions where stag beetles are found most. You can sprinkle in your garage or on decaying woods to avoid their entrance.

5. Place Several Homemade Traps in the Areas Where They are Found

Several homemade traps can be useful to prevent the entrance of stag beetles in your garden.

This pitfall method is one of the easiest and cheapest home traps you can use. You only need a plastic cup which must be so thin that you can make holes at the bottom of the cup. You will see not only the beetles but also some more insects falling prey to this trap. By adding some leaf litter, you can extend the life of the trapped insect or animal. You need to check this trap regularly to see if someone has fallen prey to this trap or not. As we know, beetles get attracted towards the light. They best way is to use some white light lamps that being attracted to the beetles as well. If you closely observe you will see many beetles flying around the lamp. You can use the net to catch these beetles quite easily. You may also often see the lying on the ground and hiding the grass.

You can also attract them by baiting the trap with rotten fruits and decaying wood. The fruit with the best odor works best to attract these beetles. Take some fruits and leave them in open place to get rotten and dry. You will see that it has some strong bad odor. Keep the fruit in the area where the beetles are likely to roam about. You will see the beetles get attracted towards the fruit in the area.

The other common method is catching them through rotting woods. You need to place some rotting woods, and you will see the adult stags emerging out. In the rotting wood, if observed more carefully you will also happen to see some larvae also. You can spray some insect pesticides to get rid of them.

6. Spray the Plants Every Two Weeks with Tobacco Insect Repellent

Tobacco insect repellent is known as the traditional remedy to prevent the insects such as stag beetles. This spray can kill almost all the insects from your garden. You simply need to add a butt of a cigarette in a gallon of warm water. In the warm water, you can further add mild liquid soap. The soapy liquid solution is the best home repellent for the insects. Mix the solution well. Add it into a spray bottle and spray in the infected areas. Spray this tobacco insect repellent under the leaves and on decaying wood. You need to spray this solution at least twice a week to see good results.

A study has shown that stag beetles can spend almost five to seven years in decaying wood. They are not harmful insects, but humans mostly don’t welcome them. The adults only live a short life span. Getting rid of them is quite easy by using home remedies.