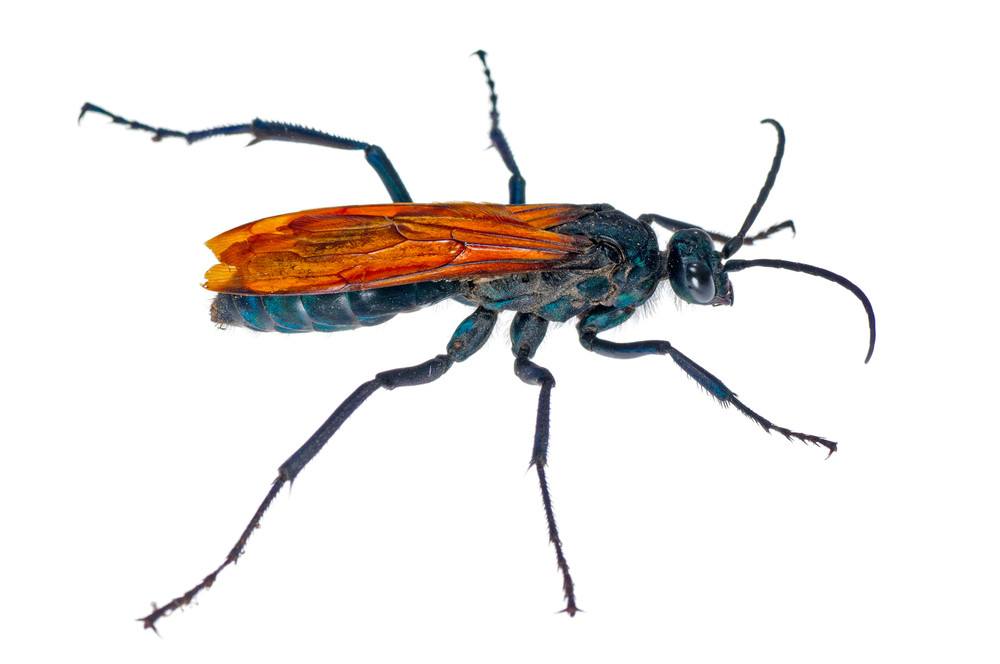 Wasp is an insect which has a narrower body along with stings. Wasps within the pompilidae family are known as pompilid wasps or spider wasps. These wasps are into six families. All these species have one thing in common that they capture and paralyze prey. 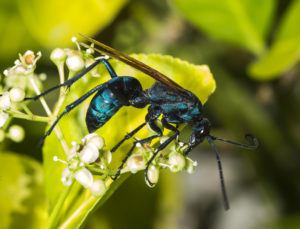 Among the best-known spider wasps, there are tarantula hawks. They are known to be tarantula hawks because they hunt tarantula spiders for their larvae. These wasps rarely sting a human being until and unless provoked to do so. These kinds of wasp’s attack trapdoor spiders and often they attack spiders which are like their size.

Pepsis gross which is also known as Pepsis Formosa.  Hence, this is a very large species of spider wasp which resides in a Southern part of North America. These wasps are also hunting tarantula spiders. Only female’s pepsis grossa hunt so they can only sting. There are mainly two types of these species, bullet ant being the deadliest of any insect’s sting. Lygamorphic is the wasps found in South America.

Hymenoptera is known as the third-largest insect’s kind in the world. These wasps are so many in numbers that 150,000-living species are labeled. The females of this kind are unusual because they have special ovipositor that helps them to insert eggs into hosts.

There are 48 species in North America. These wasps are medium-sized that are blue-black often colored they have orange abdominal markings. The female wasps usually hunt a lot on the forest floor. They have a pocket in the lower rear corner of their body. Females have noticeable stiff bristle, whereas male kind is very hard to distinguish. They are of smaller size usually 12-20mm.

This tropical species of wasps is highly dangerous for spiders; they take full advantage of their deadly sting to paralyze the spider and feed it to their newly laid eggs. These wasps are taking the spider’s web and making it into a cocoon.

2. Reproduction and Lifecycle of Spider Wasp 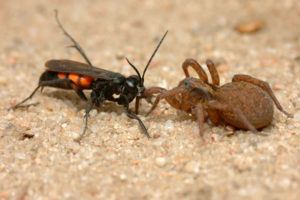 The spider wasp life cycle is in four main stages: egg, larvae, pupae and the adult stage. Spider wasp’s females work individually to harvest their eggs. The yearly life cycle began in the spring season when the pupal stage of the wasp changed into an adult. These wasps are known as ground burrowing wasps, so, therefore, the pupa is safe from the outside temperature changes. As soon as these spiders come out of the burrow, they start the spider hunt. Once they have found a proper prey, the wasp attacks and stung the spider badly which only paralyzes the spider but doesn’t cause death. Then wasp takes the spider back to its burrow, lays eggs on the spider which later becomes food for the wasp at the lateral stage.

Adult Pompilidae is nectar-feeding insects; they feed on different kinds of plants. Female spider wasps feed their younger ones on the spiders that they have paralyzed and brought in the burrow for them.

Spider wasps are mostly in the Southwestern United States. They do not have a habit of stinging if they are not disturbed. They live in a specially constructed nest known as brooding nest and keep far from the social cycle of wasps. Western soapberry trees are the common ones found where female spider wasps make their nest and feed their kids. They ought to live alone caring for their younger ones on their own. 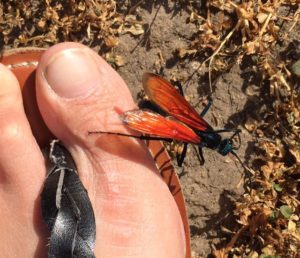 As the spider wasps are known to be solitary, they are independent individuals. They do not sting you until you provoke them too. The threat to humans by these species is lesser than social species of bees, ants or other wasps. They are known to have painful insect stings.

Symptoms of spider wasp sting purely depend upon your immune system. Some people are very much immune to a little sting of some insects or wasps. Minor stings can cause a burning pain and swelling also. If the wasp has bit you on multiple parts of your body, then this will become dangerous. In the case of a powerful sting the infection can be dangerous and can cause Lyme disease, or Rocky mounted spotted fever. Severe reactions can also occur which include profuse sweating, nausea and maybe chills and fever.

A minor treatment treats most of the bites. If you can see the sting, then you may remove it by scraping a card or some straight-edged item. If a tick is inside your skin, you must remove it immediately. Applying ice reduces swelling. Calamine lotion is also good to apply on the sting. In some cases, you can’t treat the sting at home. So, you need to call the doctor. Antivenins are available to treat the wasp stings. For some of the people who are aware of these sting bites, they can carry epinephrine with them. Expert professional advice is to that only single dose of epinephrine injector should be used if symptoms of trouble breathing occur. A subsequent dose should be taken by you if symptoms do not improve within 15 minutes. If sting causes you pain, then a painkiller can be taken to help you reduce the pain.

Spider wasps make out their nests from dried materials. Mostly these nests are found in the backyard because it is of a burrow. They often use dried woods or twigs for preparing their brooding nest. One female wasp keeps one nest for only a single egg cell. These underground nests are very rare to notice because they are underground. It’s a plus point because of course, you won’t find any nests inside your house. Spider wasps is a major kind of species which uses a spider as their prey and hunt them by paralyzing it with their stings. A single spider is used to host a single egg cell larvae. Once the egg has hatched the baby spider wasp will be feeding on the spider. Once the wasp is all grown, they are then used to have plants nectar.

There are two kinds of spider wasps one which will hunt firstly and then drag the spider to its location and start digging up nest while the spider is lying aside. Another one is the one who would find a location and dig the nest before time. Later look out for a spider and take it to the already constructed nest. This difference makes you look out for the wasps easily. The one who hunts first and digs later is an easier task for you to look. You should approach nests with care so that wasp doesn’t sting you.

How to Get Rid of Spider Wasps 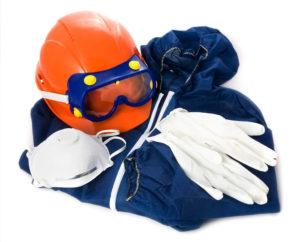 A pest management professionals have the know-how and all the equipment and skills needed to remove the spider wasps around you. The main problem is the finding of a spider wasp nest. Therefore, this is a very challenging task as all the nests are underground. It is hard to see where the nest are. The pest management team presents you with the expert people and identify the problem. It will also give you the best possible solution to resolve the case of spider wasp infestation.  You need to block off underground nests.

To get rid of these wasps you need to find the best time in which you should search for them. The perfect time would be daytime of course.  These wasps built in burrows, so they are hard to spot. Right timings matter a lot in this case. You need to protect yourself with clothes. You cannot go and look for wasps while keeping your body uncovered. You should keep this in mind that whenever you are looking for these wasps, you will be looking for their nests which are full off unhatched eggs.

One more precaution while going to get rid of the wasps is that you apply insecticide of any sort. Once you have found the nests, you should spray out the insecticide directly onto the burrow found. Insecticide is a spray which kills all kinds of wasps and insects of any kind.  This spray may be repellent or non-repellent, if you buy repellent spray it is of good importance because it will be carried through the whole colonies of wasps, completely wiping away each one of them.

A sandwich bag is a bag that comes pre-set at the location filled with water in which you can insert some pennies. Wasps stay away from these bags because the pen in the bag reflect and eyes of wasps are like a mirror, so it gives them displeasing look. Hence, this is an easy way because all the wasps stay away from you.

These glass traps come along with a lure, which comes set with glass set along with water. Hang it in a place where wasps fly is. They will enter this trap and hence you can easily capture them. Read more: 7 Best Wasp and Hornet Traps of 2019

Spider wasps are known to be painful stingers. However, it’s a good thing that they do not sting you if you do not provoke them. That doesn’t mean that they are safe and we should let them make burrows in our backyard. If you find spider wasps near your house, you should act to get rid of them. They can be dangerous to you if you accidentally step on their nest because they are underground. Spider wasps do not only stay themselves but keep on bringing different paralyzed spiders and laying eggs all the time. Therefore, you should take precautionary measures to stay safe.