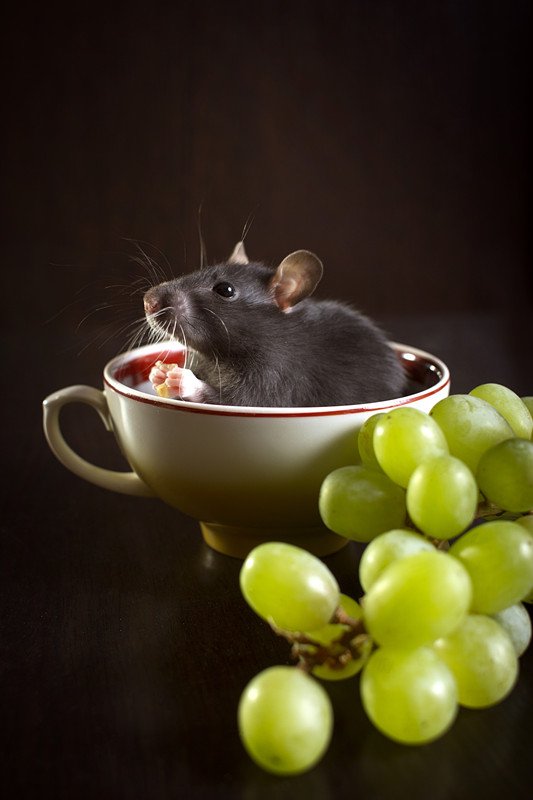 The roof rat is commonly known as the black rat. The other names given to it are the house rat or the ship rat. Biologically it is known as Rattus, which is a Latin word. It is distinguished because of its comparatively elongated tail.

Biologically it is a rodent that falls under the genus Rattus (rats) which further belongs to the Murinae. The roof rats originally evolved in the regions belonging to the tropical Asia. Once the number increased all over the world, they started growing in number rapidly in the Near East. This increase was witnessed during the times of the Roman Empire. In the first century, they began settling in the European region. Once they started growing in the European world, they became unstoppable and soon became a household name all over the globe. They are by nature omnivores and can be a serious threat to the agricultural land.

To get aware of their presence, it is important to identify them. It is not a difficult thing to find them out with the help of their unique features, appearance and the habits. It is not merely the color but the total of all features that makes it possible to identify some. Some major characteristics are as follows: 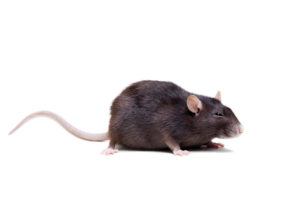 A roof rat has a body measuring from 12.75 to 18.25 cm in length. The tail, on the other hand, is long enough to measure 15 to 22 cm. It has a weight of 75 to 230 Grams. All these measurements vary from species to species. Although they are known as black rats, they can be as light as the dark brown color and as dark as the black shade. The upper skin can have several shades from the very light to very dark, but the underside is a lighter shade. In 1920 several species were bred in England. A single rat was seen with a green shade too. The black rats are covered with a dark fur and are comparatively smaller than the brown rats.

They are not a very sociable rodent. They prefer staying away from any unique and different thing. They get used to a new neighborhood with great difficulty. They prefer staying in one place for a long time, and so is the case with their movement. While scavenging for food in the neighborhood, they would not change their paths and experiment in other areas. Instead, they love to follow one particular area. Their eyesight is not very reliable either. They move around with the help of their odor.

The usual food and water intake of the black rats are 15 grams and 15 milliliters respectively. Being omnivores, they feed on various forms of foods like seeds, fruits, fungi, and both vertebrate and invertebrate animals. They also love to feed on the food specifically meant for the cattle, and other pets. Their eating habits are not much different from the tree squirrels because both of them love the fruits and the nuts.

Roof rats nest in trees. The residential and the industrial sites also make a perfect place for the rats. All kinds of the natural habitats that are rich in the vegetation are excellent habitats for the roof rats. Rice fields also make a great habitat. They are found hiding in the rice, sugarcane and citrus growths. Poultry farms are also an encouraging habitat for them.

Breeding season varies from region to region according to temperature and other weather conditions. Once the female rat conceives she gives birth to the young ones after 21 to 23 days. These eyeless and hairless young roof rats are 5 to 8 in number and start developing and growing in 9 to 14 days. The solid intake begins in the third week of their life. After three months they get independent and start living their life.

Roof rats are not merely silent rodents. They should not be underestimated. They can be a major cause of loss to your interiors and the exteriors. They can cause damage to all sorts of property. Once they are found around, there are several visible signs of the rat’s presence. The rats can be a cause of dangerous diseases too. Thus, it is important to find a remedy as soon as the signs of the rats are evident. Some major signs of the presence of the rats are as follows: 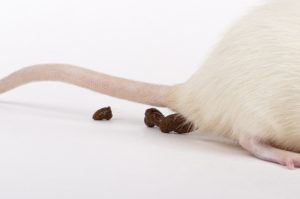 Once the rats invade in your surroundings, the very significant and distinguishing sign is the rat dropping. These droppings are not like other rodents. They are usually like small grains of rice, brown in color, and tapered.

It is very important to track the rats in any place with the help of the greasy marks. Their bodies secrete a special kind of greasy substance that leaves behind oily marks wherever they go. The other distinguishing signs are their foot and tail marks. The rat marks are more clearly seen in places covered with dust.

The presence of the Roof Rats can be confirmed with the help of the deep holes that are dug into the ground or in the walls. This transforms into an extensive burrow system that is further used not just for living but also for preserving their food, shelter, nesting, and the protection against the enemies. 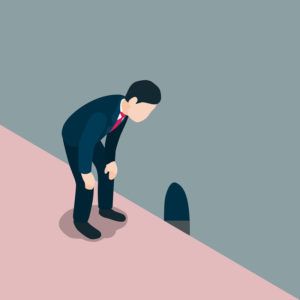 The rats leave behind marks of their urine wherever they go because it helps them find their way when they are moving around. Thus, in an area infested with rats the rat urine marks are found everywhere along with the strong irritating odor.

Roof rats love to climb the walls and places like cupboards and shelves. They usually carry out such activity at night. The rat squeaks can be clearly heard when it is quiet in the night.

How to Kill Roof Rats in the Attic in 3 Steps

Once the rats are traced and found within the area, it is important to get rid of them as soon as possible before they cause serious harm to the material assets and also the health. The rats can be removed with the help of the domestic remedies as well as chemical treatments. Several DIY methods are also available to get hold of the rats. The rats are trapped, baited, and repelled with several materials. Once the rats are in control, they must be removed immediately. The rats have to be controlled in a systematic manner in the following: 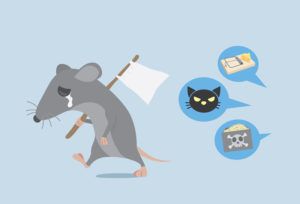 The mice usually hide in the pantries and stores where there are hideouts and some food for them. Once the rats are traced in the surroundings, it is important to get hold of them. The first and foremost thing is to clean these areas. As the rats follow their urine to create the pathway, it is important to detract them. It can be done by cleaning away all the marks and signs of urine. Only cleaning would not be helpful. It can be hazardous to the health of the people living in that area. Hence, use disinfectants also to ensure a healthy surrounding.

Keeping away the rats is also important. Look out for all the openings that can be the possible entry of the rats. Blocking all these passages is important. This would prevent the mice from entering into the places where they should not be found. The repelling agents can be positioned near the opening and sprayed along with the holes dug by the rats to keep them away in future.

Traps are an old way of getting rid of mice of all species and sizes. The traps can come in different sizes and shapes. The most economical version is the traditional wooden trap. The market now has very effective traps that can either claim their lives or capture them without harming them. In the second condition, the trapped rats can be left in a safe place away from the area you need to protect. In the former case, it is important to dispose of the body of the dead rat safely as it can be a real harm to the health. The traps can be more efficient if baits are added to them. These baits can include their favorite food elements that can attract them. Nuts, fruits, small invertebrates can be added to trap as bait. Some chemically treated bait is also available on the market that can remove the rats permanently.

How to Get Rid of Roof Rats in the Walls

Baiting and trapping is your best bet to get rid of the roof rats in your walls. By luring them out with the right bait, you can trap them outside of your walls.

If the rats die in your walls, you’ll have to do some demolition work to get them out.

There are a few different types of rat traps available:

Most people are familiar with and prefer to use snap traps for killing rats. These traps kill the rats quickly, and they give you control over where the rats die.

To get the rats to trigger the trap, you’ll need to use an attractive bait. Some people like to use a poison or bait block to lure the rat to its doom. We’ve reviewed quite a few effective rat poisons at PestWiki.

But you can also use regular food to lure the rats into the trap, such as:

When laying traps, be sure to place them in areas where you know there’s rat activity. Make sure that the traps are out of reach of children and pets if you’re using poison.

Check on your traps often and dispose of any dead rats (properly) before they start decaying.

Cats are natural predators of rats, but so are snakes and dogs. They can kill the rats in your walls, attics, cellars or garages. Cats are usually the best option because they’re agile and can reach places that dogs and other natural predators may have a hard time getting to.

One benefit to using natural predators is that you don’t have to worry about the rodents dying in your walls. Cats will eat rats if they’re hungry enough, but a pet cat will likely just use the rat as a play toy and kill it outside in the process. Just be on the lookout for dead bodies. Your feline friend may leave a few on your doorstep as “gifts.”

Keep in mind that using natural predators isn’t a foolproof way to get rid of rats. Some cats ignore rodents and even share food with them. That’s why we recommend baiting and trapping the rats instead. If your rat invasion is persistent, then you might consider adopting a cat to help cull the population.

The rats are tiny creatures that can cause harm to many things. They can cause harm to domestic belongings, agricultural products, and even other pets. The human life is also not safe as they can cause health hazards by infecting them with serious ailments. It is highly recommended to remove the rats as soon as the first sign of these rodents is found.