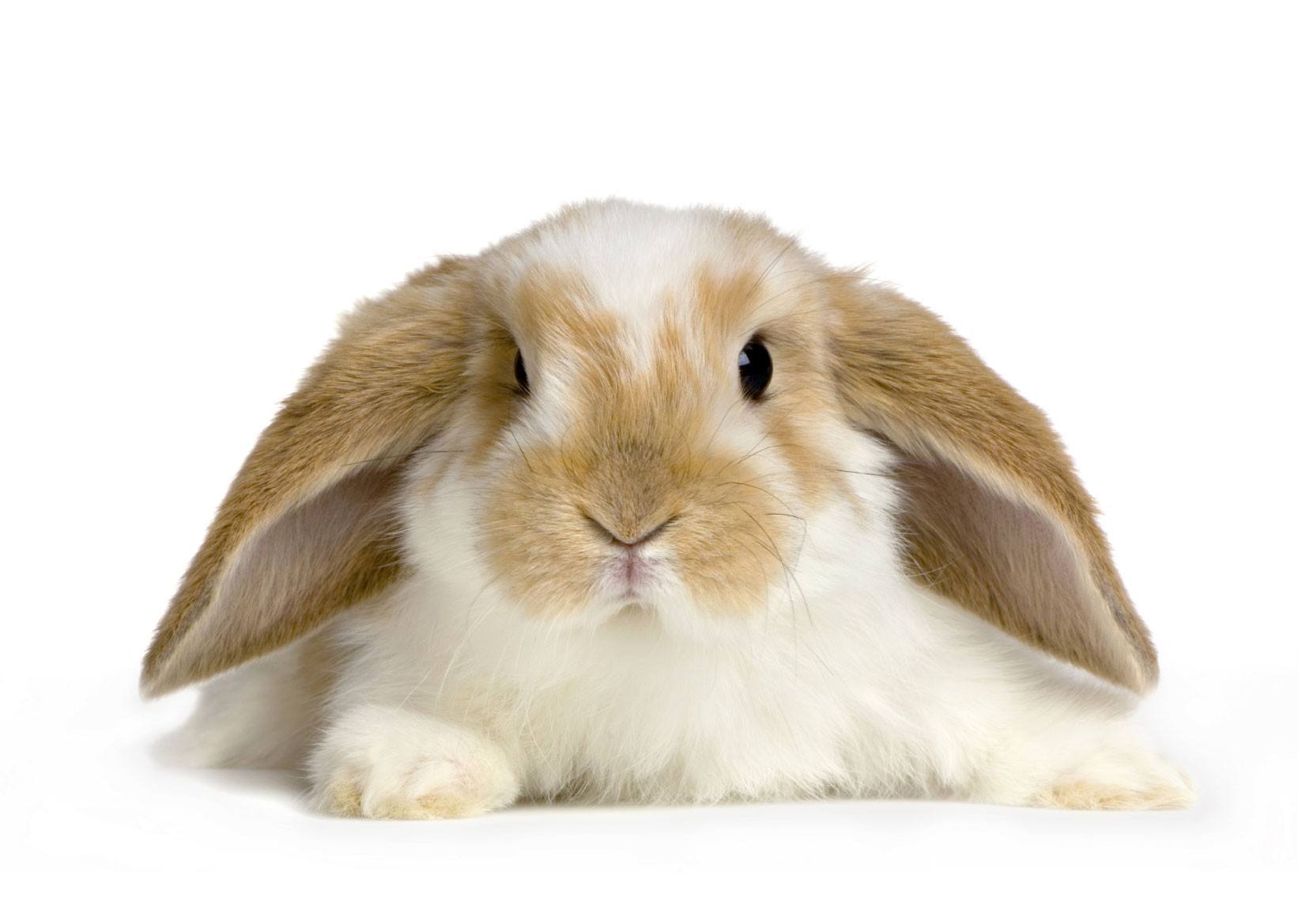 With their big floppy ears and furry tails, characters like Thumper and the iconic Easter bunny have turned rabbits into a beloved animal and pet. But there’s more to these creatures then meets the eyes.

Learn more about these furry animals in our wiki’s fun facts about rabbits.

Contrary to popular belief, rabbits do not belong to the Rodentia (or rodents) class. They differ in certain skeletal features, and are built with an extra pair of incisors.

Rabbits are a part of the Lagomorpha class along with hares. Rabbits and hares both fall under the Leporidae family. While not considered rodents, Lagomorphs share a common rodent ancestor.

2. How Many Rabbit Species Are There?

There are approximately 28 species of rabbit in the world, and several breeds, including:

Common species of rabbit include:

Searching for pictures of rabbits will help you better identify each breed and species.

3. What Type of Rabbits Have Antlers?

None. Rabbits with antlers are called jackalopes, but these are mythical creatures found in North American folklore. These creatures are described as jackrabbits with antelope horns.

The legend of the jackalope originated in the 1930s when Douglas Herrick and his brother, both taxidermists, grafted the antlers of a deer onto a jackrabbit. The pair sold the combination to a hotel in Douglas, Wyoming. Today, modern taxidermists continue the practice and sell mounts to hotels, bars and restaurants across the country.

4. Hares Vs Rabbits: What’s the Difference?

Hares and rabbits are similar in appearance, but also differ in many ways. Both are a part of the Lepus family, but hares are generally larger in size than rabbits.

Hares are found in most parts of the world except for South America, Antarctica and Australia. These creatures vary in size, but are generally between 16” and 28” in length with ears up to 8” in length. They have powerful back legs, and are generally solitary animals.

Rabbits are smaller in size, and are native to Asia, Europe, Africa, South America and North America. They thrive in both arid and grassland regions, and can vary in size between 8” and 20” in length. Burrowing rabbits are colonial and highly social creatures.

5. How Long Do Rabbits Live?

Rabbits generally have a short lifespan, with most living only three years in the wild. Rabbits in captivity, on the other hand, can live much longer. A rabbit that has been spayed or neutered early on in life and lives indoors has an average life expectancy of 8-12 years.

Rabbits that are kept in backyard hutches tend to have shorter lifespans despite being in captivity due to threats from predators.

What do wild rabbits eat? Are rabbits herbivores?

Yes, rabbits are herbivores. And while rabbits are often synonymous with carrots, hay makes up the bulk of their diets. With that said, there are a wide range of vegetables and some fruits that are healthy for rabbits, including:

While rabbits can eat fruit, they should only be given it in moderation. Fruits are high in sugar, and too much can lead to digestive problems, including diarrhea.

Experts recommend feeding rabbits no more than two tablespoons of fruit per day to avoid digestive issues. They should not be fed pits, stones or plants of the fruit.

Most people believe rabbits are nocturnal, but they’re actually “crepuscular” creatures. In other words, they are most active in the twilight hours of sunset and sunrise.

Rabbits evolved to be most active during these hours because it helped them avoid predators. Before becoming domesticated, these furry creatures evolved as a prey species. In the hours between night and day, light is dim. During this time, there is still too much light for nocturnal animals, such as owls, to see well and still too dark for day (diurnal) predators, like foxes, to see clearly.

People have been keeping rabbits as pets since the 18th century, and for the right person, bunnies make excellent pets. They’re quiet, they have unique personalities, they bond closely with their human owners, they’re easy to train and generally very clean animals.

With that said, rabbits do have a natural tendency to chew on things and don’t usually enjoy being held.

Much like dogs, different breeds of rabbits have different characteristics and tendencies. Always do your research before considering bringing any new pet into your home.

Around the Easter holiday, we often see rabbits and eggs side by side in festive illustrations. But rabbits don’t actually lay eggs, although it’s easy to see where the confusion comes from. Rabbits give live birth, and the gestation period lasts just 31 days.

There’s a reason people use the phrase “breed like rabbits.” Rabbits are prolific breeders, and their populations can easily swell because the gestation period is so short. It’s not uncommon for a rabbit’s nest to contain 4-8 babies.

Mating season begins in February and can run all the way through late summer. With so many months to breed, a rabbit population can easily get out of control.

Rabbits can be found in most parts of the world today, but are native to Asia, Europe, Africa, South America and North America.

Common rabbit habitats include woods, meadows, grasslands, forests, wetlands and deserts. Certain types of rabbits can be found in the tundra or even harsh cold regions. Burrowing rabbits, such as the European rabbit, live in groups in underground burrows (i.e. rabbit holes). A group of burrows are known as warrens, and these tunnel systems include different rooms for sleeping and nesting. Warrens also have numerous escape tunnels. Some can be as deep as 9 feet underground.

No, rabbits do not hibernate in the winter months. However, in extreme cold, these creatures will burrow into snow drifts to find warmth. Rabbits generally exhibit the same behavior throughout the year, but may be a bit slower in the winter to conserve energy.

Technically speaking, rabbits can swim. They have a natural instinct to paddle, have webbed feet and are naturally buoyant. It’s not uncommon for them to swim in water to escape predators.

With that said, there’s still a debate as to whether they enjoy swimming. Some behaviorists say rabbits express signs of distress when being bathed or swimming in pools. It’s highly recommended that you avoid exposing your rabbit to water to avoid overstressing him. Stress can lead to a heart attack or death in these fragile creatures.

Yes, rabbits sleep around 8.4 hours on average when in captivity. Rabbits typically sleep during the day and with their eyes open.

How can you tell if a rabbit is sleeping? A napping bunny will twitch, and their noses stop wiggling around when they snooze.

Rabbits can and do bite to defend themselves. Rabbits that have not been spayed or neutered are often territorial and have been known to bite their owners for invading their personal space.

Rabbits teeth aren’t particularly sharp, but the bite can still be painful. If you do get bit by a rabbit, be sure to clean and disinfect the wound to prevent infection.

Rabbits are also known to scratch if they feel threatened or insecure.

15. What Are a Rabbit’s Natural Predators?

We know what rabbits eat, but what eats rabbits? These adorable furry creatures have many natural predators, including:

Rabbits are known for their great jumping skills. Some can jump as high as one meter and as far as three meters.

Rabbits are generally harmless, and there is little risk of contracting zoonotic diseases from rabbit poop or urine.

However, wild rabbits can theoretically spread disease, and there are zoonotic diseases associated with these creatures.

We talked about swimming earlier, but do rabbits bathe naturally in the wild? Not typically. Most behaviorists and vets agree that rabbits do not like being in the water. Of course, there are exceptions to the rule and some rabbits do enjoy going for a swim now and again. However, most vets will recommend refraining from bathing rabbits because it can be so stressful.

We’ve seen videos of rabbits screaming while trying to escape out of the water. Don’t expose rabbits to this undue stress if it can be avoided.