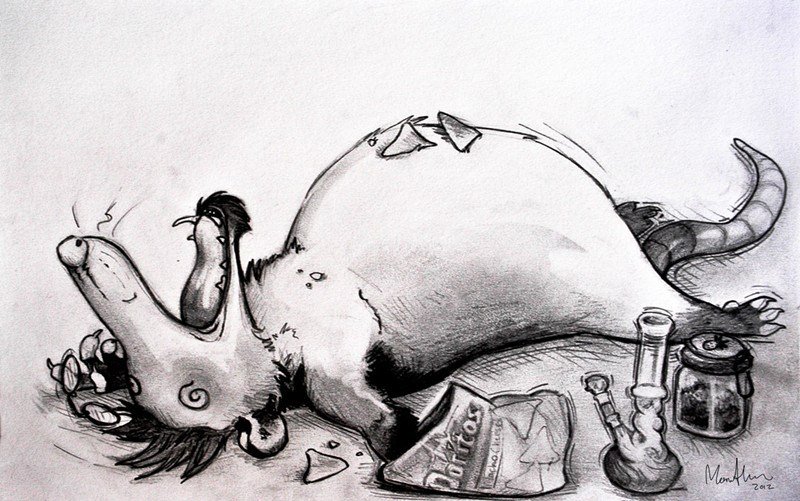 What Does Playing Possum Exactly Means?

Often presumed as a giant, dirty and abhorred rat with scavenging habits but a possum is a cute little rodent living in the wild. It suffers from a perception problem. Whether you hate them or love them, you cannot deny their unique set of abilities. One of them is the playing possum. They fake their death to escape hunters, fights, and predators. It is one the most complicated and applauded behavioral characteristic shown by the possums. The main aim of playing possum is to remain undetected at the time of threat.

Are Possums the Only Animals Who Do “Play Possum”?

No, possums are not the only animals that do this trick of apparent death to escape a threat. Some other animals also do this. Here is a list:

Are There Any Other Meanings?

The phrase had originated from some United States origin in the 18th century and simply means to play dead and deceitful in hours of threat and danger. The earliest findings of this expression come from The Washington Globe in 1834. One of the revised meanings of this phrase includes avoiding guests when they come to your home, and you pretend to be not at home.

8 Interesting Facts about the Rodent Possum

1. There are 23 Possum Species in Australia

There are about 23 species of possums found in Queensland, Western Australia, Tasmania and other native states of Australia. Common opossum and Virginia opossum are the primary species. The rodent has made its way in the suburban backyard environment of many families of these states and is considered as a jolly and funny creature to have. The ability to adapt themselves to the human environment has made them even more capable of living within the human society. The common species of this animal found in the states include the Common Brushtail Possum, Mountain Brushtail possum, and the common ringtail possum.

2. The Largest Species of the Possum

Cuscus is the largest species of the possum belonging to North American Opossum family. It belongs to the family Phalangeridae. The name is given to four genera of the Australian possums named as Phalanger, Ailurops, Spilocuscus and Strigocuscus. It is a medium sized animal, about 14 t 26 inches long and 13 pounds in weight. The species is covered with a thick fur of wool, normally brown to black in color and changes its color when it gets sexually matured. They have good night vision due to brown and orange eyes. The hands have nails that help them while climbing. It rests during the day and is considered as a shy animal. The creature is rarely spotted in the wild since it is a nocturnal animal.

It mainly feeds on the pythons and birds. They make their area boundaries using their saliva. These species mate throughout the year. The female gives births only after three weeks of pregnancy and has three babies of which only one survives. They are not harmful to humans.

The common ringtail possum is almost the size of a small cat and has gray fur with white lining. It has tinges of orange-brown color on its tail and limbs. The female of this species is named as Jill, and the male is named as Jack. Joeys are the babies of these creatures. A Passel is a group of possums. The males are sexually matured at the age of 5 to 6 months while females are matured at the age of 7 to 8 months. They expect to live about 11 years so you might see them having a lot of joeys.

The mortality rate of the possums is quite high, and most possums die within the pouch of their mothers. Those living within the pouch can survive up to 3 to 6 weeks before being exposed to the world. The mother carries them within their pouches, on their backs until they get mature at the age of 3 and a half months. After that, they are on their own, and the mothers are no more responsible for their food and protection.

Those who manage to survive the initial phases of life can expect to live up to 11 years. During this time they adapt several behavioral modifications to escape the threat and danger of being killed by the predators.

5. Most Possums Live in the Hollows of Tall Trees

Possums are shy and somewhat are a species of cursed animals due to the small skulls and slightly reduced physical mobility. They prefer to live in areas where the threat is minimum. Such areas include the damp and shabby places. The low, damp and wooded streams are their habitat for centuries. They prefer to live in farms where wooden streams and damp areas are present. They might avoid living in dense forests to avoid threats of the predators. However, you might find them in eucalyptus forest, shrubs and dense hollow trees. They do not dig underground to reside.

Possums are mostly human-friendly and nocturnal animals that have not posed any threat to the pets and the humans. They can take residence in your backyard or your porch. They can eat anything from garbage to other animal matter. It does not matter for them what they are eating and how they are eating. They are omnivores and depend on a variety of food for health and survival. The typical possum diet mainly includes the small rodents, insects, worms, pests, slugs, frogs, and birds. It has therefore been used to clean parasites, so it is quite beneficial for the humans. They also feed on vegetables, berries, fruits, nuts, eucalyptus leaves and the small leaves of trees. On occasions, they may also feed themselves the pet feed and bird seeds. They like small plant shoots and are attracted to private gardens so you might find your garden a mess any morning if it comes under attack of the possums.

7. Possums Can Make All Sort of Noises

At night, they are alone and are most likely to make annoying noises. Although they don’t make noises when they are alone. Whenever you hear a possum making noise at night, you might have an idea that you hear some other animals with it as well. If it is living on your roof, the noise of choo-choo indicates the presence of lizards or other pests around them. Hisses or clicking noises are an indication of mating or are trying to frighten off the coyotes, foxes, and other animals.

8. Possums are the Protected Wildlife in Australia

Possums are a protected species in different states of Australia. There were bulk deaths of possums in the last decade due to mass killing. So the government issued a protection law in Act 1975 that allows the possums to share houses and land with inhabitants of certain states in Australia. They have gone through entire complex trails for this. You have to provide them a roof and a garden to live. You can use certain cages if they are doing any damage to your property but the cages are only according to the laws of the government. Relocation has been made illegal since it is highly inhumane in the case of possums. To protect them, alternations in the buildings, roofs, tree nests are made so that they can reside in them without causing any harm to the others.

Possums are the species of nocturnal animals that are joyful and have incredible tricky behavioral characteristics. They are useful to the humans and have not caused any harm as such. It’s essential that we must protect them from extinction since they are the possible candidates of extinction.