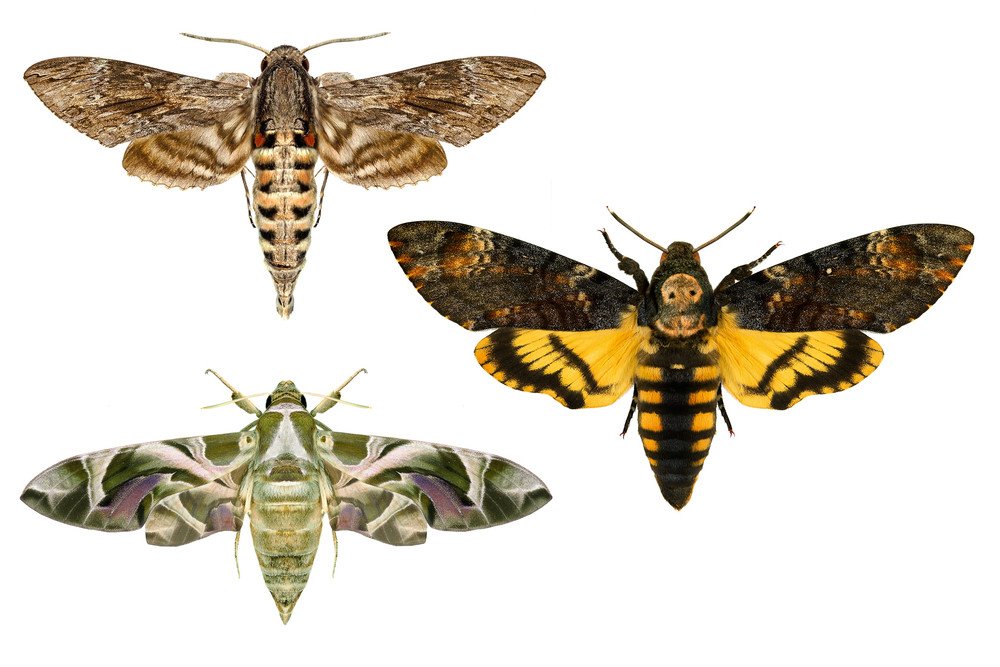 Moths, quite similar in look and biology to a butterfly, share the same order with them. Both belong to Lepidoptera family. Though both are different species yet they have a lot of things in common. There are about 200,000 species of moths all across the globe. Moths are categorized in two types—macro moths (bigger in size), and micro moths (the smaller ones).  Let’s read on to get more info about these nocturnal pests (mostly).

1. Appearance and size of moths

Moths are tiny and scaly-winged insects (like butterflies). Contrary to butterflies, moths have hairy bodies. An overlapping of thousands of colorful scales forms different patterns on their wings.  The scales are so delicate that even touching them slightly can dislodge the whole wing into a powdery dust (it’s better not to touch them). Looking around, you would find moths in a diversity of patterns and hues. Some are bold and bright, while some have incredibly drab shades. 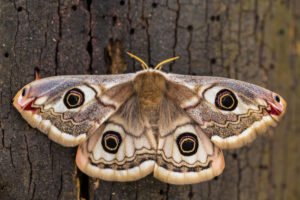 A moth has two pairs of wings with a frenulum. Frenulum is something that aids in joining the forewings to hindwings. Frenulum allows these two pairs to function as a single wing, while flying. Moths have two compound eyes and feathery or hairy antennae (for sniffing) without any club. Moth’s antennae are bigger than butterfly’s. Moths come with sucking mouthpart or coiled proboscis (long straw-like tongue) that are used to suck the fluids from fruits and flowers. Each moth has different size of proboscis (long or short). Particularly, humming bird moth is the specie that has a tongue longer than its whole body.

As far as the size of moths is concerned, it varies with each species. The moths could be as small as a pencil tip or as big as a songbird. Let’s read on about a few moth species and their sizes.

Each species of moth has different eating preferences. Their species and stage of life determine their major food source or eating habits. Most of the species eat nothing at all. Their life and survival largely depends on drinking. They drink nectar from fruits and nighttime flowers (pollinating) or sip water from the mud or wet sand to balance the moisture level in their body. As their lives revolve around flying, mating and reproducing, so all they seek is a diet enriched with salts, carbs and moisture. Besides nectar, they feed on rotting fruits, sap, feces of animals and contaminated animal bodies. They use their antennae to sniff and find the food around. Contrary to that larvae or caterpillars eat plants, leaf, papers and fabrics. 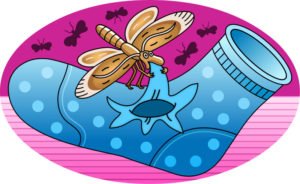 As moths are nocturnal pests, most of them are not found in bright day light. Woodlands, gardens and farmlands are their natural habitat. But they are not confined to these places only. There are several other locations where they live. These may include—sand dunes, mountaintops and marshlands. There is no particular season of their activities. Different species of moths are active in different times of the year, including winter.

Indoor infesting moths are domestic species who may invade your house and damage about every household item. In indoor, places like closets, attics and basements are where they are generally found.

Being nocturnal, moths utilize their sharp sensory system to find a partner for mating. Male keeps on chasing the female until it gets her for sex. Following are the steps that a moth couple undertakes for copulation and reproduction:

The lifespan of a moth varies with its species. Some species live as long as 10 to 11 months and some (sphinx moths and luna moth) have a limited life cycle. Yucca moth’s life span is just two days long. There are some species who can survive up to 1 or 2 years in colder climates. In most of the species, a female moth does not survive for a long time, after laying eggs.

6. What’s special about their behavior?

Each species of moth comes with a different behavior. Some are purely harmless, while some are furious and may sting as well. Calyptra moth is the bloodiest of all. It is known as a blood sucker. It can suck human blood as well. ‘Puddling’ is another known behavior of moths. It involves the sucking of moisture from sweaty human skin, mud and dung to fulfil their bodily requirements for salts.

Each stage of moth comes with a different vision level. Caterpillars have poor vision. All they can do is to differentiate between dark and light. While adult moths have two compound eyes with excellent vision. They have hexagonal lens in their eyes. Moths don’t see like we do. Instead of images, they see ultraviolet rays.

Moths have sharp senses, particularly their sense of smell. Moth body parts, like moth’s legs, moths antennae and palps come with several sense receptors. They use it to smell things (females and food) around them. But things are different with moth caterpillar. Caterpillars use their sense of touch to know things. They use the long hair (tactile setae, that are attached to their nerve cells) on their body to sense the things around.

9. Their ways to navigate

Nocturnal moths can’t travel by following sun, like many other daytime creatures do. That is why, they use the technique called ‘celestial orientation’. They prefer to follow the light of moon to find their way. What if it’s a moonless night? The second option they go with, is to follow the geomagnetic clues to find the right way. 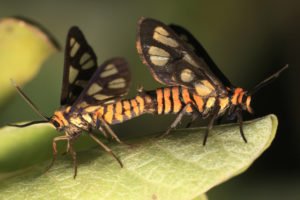 Moths know the art of impersonating different creatures in order to avoid an attack. Moths use their colors to camouflage themselves in their natural environment. Drab brown insects sit on twigs and branches of trees to deceive the stalker. Some with bright coloring and spotting can confuse the predators about where to hit. There is a specie named ‘bird dropping moths’. They can mimic to be a bird’s droppings to fool their predator.

Moths are really interesting pests. The more you read about them, the more interest is developed. Their unusual characteristics have earned them a significant place in the realm of art, literature and the real life.