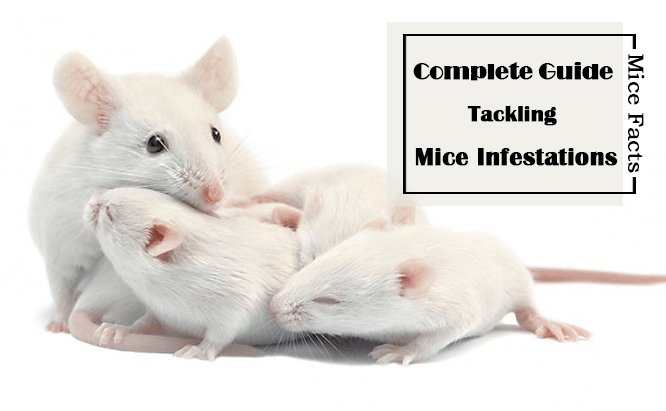 Mouse problems – they can happen to anyone. Don’t assume that living in the suburbs or city makes you immune to mice infestations.

As common as mice problems are, people still don’t know a whole lot about these rodents. Yes, you know that mice can get into your home, leave messes behind and eat up your food. But do you know what’s attracting them in the first place? Do you know where mice like to nest, so you can make your home less attractive?

We’re going to cover everything you need to know about mice – from mice facts to tips on getting rid of a mice infestation – so you understand your enemy.

Mice Facts: Everything You Need to Know About These Rodents 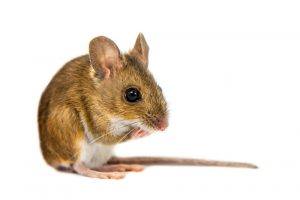 You think you might have mice in your house. But you’re not entirely sure. Learning more about mice, their lifestyle and their habits can help you determine whether you’re dealing with a mouse – or a different critter entirely.

There are two common species of mice and several other species of rats and larger rodents. It helps to know which species you’re dealing with because they each have their own unique behaviors, nesting habits and characteristics.

Also known as field mice, deer mice have a pesky habit of ravaging grain storage bins and silos. It’s their grain-eating habit that makes them such a serious problem for farmers.

This particular type of mouse is reddish-brown in color (sometimes golden brown) with white feet and chest. Its tail is bi-colored. They’re small, around 4” in length, and weigh about half an ounce to one ounce.

Deer mice have a smaller head than body, and they tend to be a little larger than the common house mouse.

The yellow necked field mouse is similar in appearance to the common deer mouse, but their defining characteristic is a band of yellow fur around their necks. The rest of their coat is typically brown in color with white on the underside.

House mice are the type of mice that humans typically come in contact with. They have excellent vision and hearing, and an acute sense of touch and smell. These characteristics make them highly adaptable to indoor buildings, such as homes.

These critters are small, usually between 2.5” and 4” in length, and have slender bodies. Because of the way they’re built, the house mouse can fit into openings as small as 1/4”.

What about black mice or brown mice?

Both house and field mice can be black or brown in color, although most aren’t truly black. If the rodent in your home has a truly black coat, you may be dealing with a roof rat and not a mouse. Roof rats are much larger, however, at around 6”-8” in length.

Mice can be found in all parts of the world, but each species has its own preference as to where (geographically) they like to live.

The common house mouse can be found throughout the United States and south of the Boreal Forest in Canada. They love to build nests close to their food source (less than 30 feet usually) and in the corners of cluttered areas, like attics. 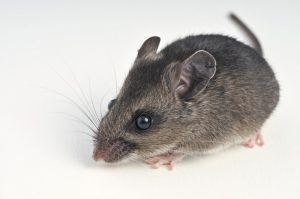 Deer mice are most common in the southeastern region of the United States, particularly in rural areas. You generally won’t see deer mice in urban environments.

These critters like to build their nests in ledges, like inside cars, garages, decks and barns. They also like to stay within 30 feet of their food source.

Generally, most species of mice have short lifespans. The house mouse lives between one and two years, while the deer mouse lives about two years.

The yellow necked field mouse doesn’t live quite as long, with most dying before they reach one year of age.

3. How Many Mice Live Together?

If you have a mouse problem, there’s a good chance you’re dealing with more than one. But because the dominant male is the one in charge of securing food and water for his group, you may only see one mouse skittering about your home.

The dominant male also leaves behind a unique scent that other group members can smell. This scent lets them know that the alpha male has already been in that location. His markings extend to just about everything – including traps, which means other members of the group may be reluctant to visit your traps if he’s already been there.

4. How Many Babies Do Mice Have? 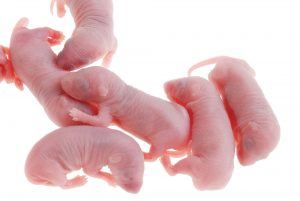 Mice are prolific breeders, which means a relatively small group of mice can easily turn into a heavy infestation if left unchecked.

Female mice reach sexual maturity at around three weeks of age, and gestation only lasts about three weeks. Unlike other mammals, female mice can get pregnant again immediately after giving birth to a litter.

When living outdoors, mice generally only breed in the spring and fall.

Mice are inquisitive creatures and notorious for finding crafty ways to get into homes. But if you suspect that you have a few mice in your home, you may be wondering (out of fear) whether mice can climb or jump. The answer is: yes.

Mice are fantastic climbers. In fact, they can climb up a vertical wall. They can jump, too, but not very high.

Can mice climb into beds? Yes, but they probably won’t (not while you’re sleeping in it at least). Whether or not a mouse can get into your bed will depend on how low your bed is to the ground, and whether your bed posts are easy to climb. If you have a smooth metal bed frame and post, it will be more difficult for mice to climb.

Ever wonder why the bucket of water method doesn’t work well with mice? That’s because mice can swim – and they can swim well.

Mice can swim underwater, too, and for longer periods of time.

But just because they can swim, that doesn’t mean that they like to.

Mice are primarily nocturnal creatures, so they tend to come out at night and hibernate during the day. Most will venture out shortly after sunrise to hunt for food, and search again for their second meal just before dawn.

Because mice are nocturnal creatures, they have poor eyesight – whether they’re in the dark or the light. Instead of relying on vision, mice rely on their whiskers to guide them through their surroundings.

And because they can’t see well, these critters have a habit of bumping into things when they move around.

9. What Are Mice Afraid Of?

Deer mice tend to stay away from occupied buildings, but that’s not to say that they’re afraid of humans.

House mice could care less about humans being in the house, and will happily move in even if you have an army of people living your home.

Most mice are afraid of cats and other animals that are larger than them. Rodents in general also typically scared of ultrasonic sounds.

Now that you know a little bit more about mice, you may be wondering how they got into your home in the first place.

Mice, especially house mice, can fit into extremely small openings. Infiltrating your home is child’s play for most of these rodents. An opening as small as 1/4” is all a mouse needs to get inside, so having a brand new home doesn’t necessarily make you invulnerable to an infestation.

Just like any other animal, mice only want three things: food, water and shelter. Your home is the perfect place to get all three of these things.

If you have a tendency to leave out food and your home has cracks or openings a mouse can fit through, you’re at a much greater risk of an infestation.

12. What Do Baby Mice Eat? What about Adults?

Baby mice suckle from their mothers until they’re old enough to venture out on their own. At this point, they’ll eat anything adult mice will eat, including:

Can mice eat chocolate? Absolutely. In fact, mice love chocolate, and this food works as an effective bait when setting out traps.

Some do. But don’t assume that mice will help you get rid of your roach problem. Roaches will eat the mouse droppings, and the mice will eat the roaches. This creates a vicious cycle because both are a constant food source for one another.

If you have roaches and mice, it’s time to call an exterminator – like yesterday.

We’ve covered the basics (e.g. what mice like to eat, their lifespan and habits), and we’ve talked about what they like to eat and how they get into your home. But how can you know for sure that you have a mouse infestation? If you don’t actually see one with your own eyes, it can be difficult to know what you’re dealing with.

But there are three things you can look for that will help you determine whether you’re dealing with mice – or something else entirely:

Mouse poop is typically found in areas where the mice are most active.

When comparing rat poop vs mouse poop, there isn’t much a difference, so people commonly mistake one for the other. Roach droppings are also similar in shape, color and size.

If you find droppings of any kind in your home, please do NOT discard them on your own without wearing proper protection. Mouse and rat feces carry harmful diseases, viruses and bacteria. Call in a professional to remove the droppings. If you absolutely must discard them yourself, make sure that you wear an OSHA-approved respirator and protective gloves.

Some mice carry the Hantavirus, which is contracted by inhaling the particles of contaminated droppings.

Noise is another indication that you may have a mouse. Mice noises can come in the form of squeaking and scratching.

Do rats make noise? Sometimes. And they can make squeaking sounds, too, but usually only when in distress.

They can, but typically only if they’re cornered or in distress. Humans usually get bit when they try to chase or catch a mouse, and the mouse turns around to bite them out of fear and self-defense.

Humans can contract diseases from these bites, so it’s important to see a doctor if you do get bit by a mouse.

Mice are considered dangerous because of their destructive habits. They’re known to gnaw on wires and other things around the house. They can also contaminate food and carry diseases. 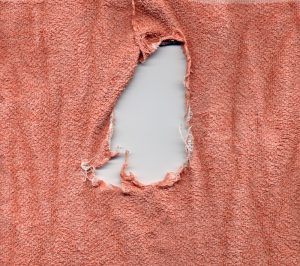 For this reason, it’s important to deal with a mice problem as soon as possible to minimize these risks.

While mice don’t eat clothes (or fabric in general), they do chew or shred them. Mice will use clothing or fabric scraps, like the ones they chew and shred, as nesting material.

Many homeowners want to know how to find a dead mouse because if not disposed of properly, the rotting corpse can emit a powerful, disturbing smell.

Dead mice can be difficult to find, and you’re working against the clock. We recommend hiring an exterminator to find and properly dispose of any dead mice in your home.

No. Boric acid is effective at killing insects, like ants and roaches, but will not kill mice. In lab studies, the only real effect boric acid has on mice is reduced testicular motility (i.e. reproductive issues). ps: We have another post about best mouse baits that kill mice fast.

How to Prevent Mice Infestations

We cover mice prevention in detail in another post (natural ways to get rid of mice) , but here’s a basic rundown of what you can do to keep mice out of your home: