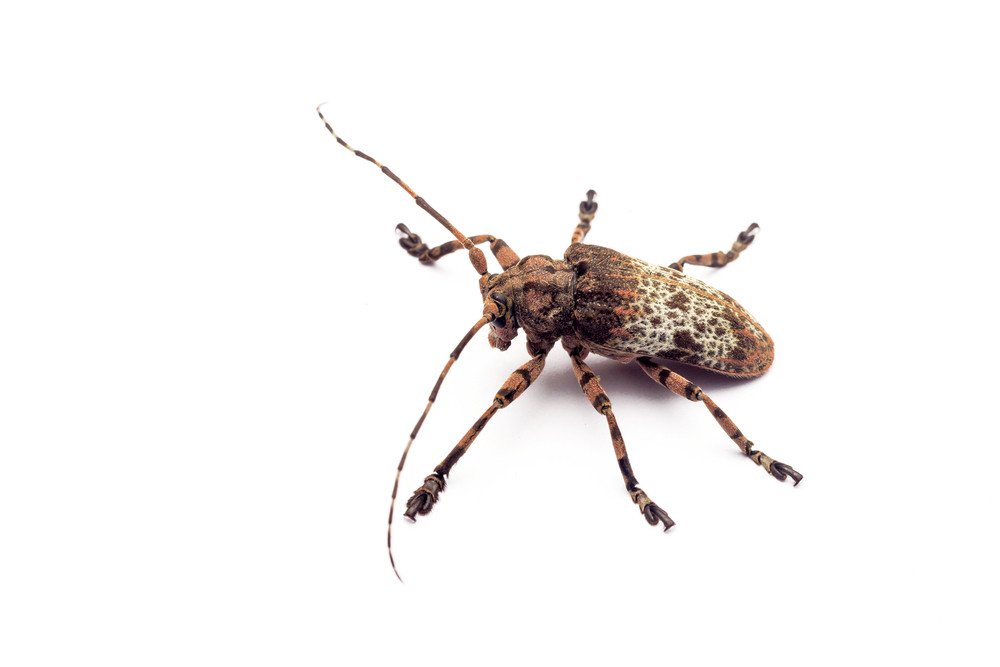 Asian Longhorned Beetles are shiny black beetles having black with white spots on their outer body parts. On the black elytra of both sexes, they have 20 irregular white spots. These beetles have black and white banded long antennae which are almost as long as their bodies. The adult Asian Longhorned Beetles has a size of approximately 20-35 mm long, and they have a whitish-blue upper section of the legs. The unique appearance with extremely long antennae, characteristics, and colorings of these beetles distinguish them from other species that are closely related. The beetle, in Oklahoma, is often most confused with cottonwood borer.

The longhorn beetles are of many species, have an elongated tube-shaped body and are also known as goat beetle and sawyer beetle. These beetles which are not Asian Longhorned are found throughout much of the western and eastern coastlines of the US or Canada border. 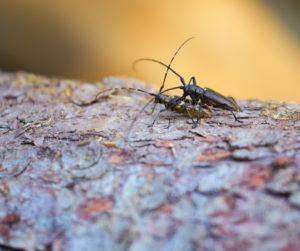 Adult Asian Longhorned females first find a place to lay their eggs. They find this place by forming round to oval holes in the bark. During the overwinter process, when larvae develop through these eggs, they chew “galleries” and feed on the inner parts of the tree. Larvae are round and look like worms but vary in consistency from the bottom.

During the spring, adults emerge through these holes. These adults are present on various parts of the tree. Mainly, these adult beetles are found near the branches and trunk of the tree. Their life span is one generation probably per year. Depending on the temperature conditions, adults are usually present from May to October. Adults may stay on the same host tree or sometimes, disperse to a new host which is on short distance.

These wood-boring insects make too many holes in the tree causing the tree to lose its nutrients. The tree, in return, can’t maintain its life needs which are water and sap. This direct result of the feeding of Asian Longhorned Beetles, in the middle of the tree, results in the gradual death of the tree because it becomes unable to maintain the proper nutrients that it require in its lifespan for healthy growth.

4. Identify the threats to your trees

Early identification of Asian Longhorned Beetles damage to trees is vital for economic activity to sustain and prosper. The most shared and visible symptom of the tree being damaged by beetle is the circular tree exit holes that are made by the adult beetles in the trunk and branches of a tree while emerging from it. These holes are found near the main trunk and above area of the tree and are 10 mm in diameter approx. There are many other signs too for the identification of an infected tree, but those signs are less visible. The signs include scraped bark due to sap leakage from places where eggs have been laid, piles of sawdust-like holes at the bottom of the infested trees and damaged branches and shoots.

In New York and Illinois, Asian Longhorned Beetles have damaged almost tens of thousands of treasured hardwood trees. These beetles are having long and impressive horns and are known to be the natural predator in these countries. They have a pretty color and are known as metallic wood-boring beetles because of their jet black color. These beetles have threatened urban and suburban shade trees and forest resources in the country. The forest resources in the country protect natural communities, rare species, and public drinking water quality.

Besides environmental and ecological effects, the timber, recreation, nursery and maple syrup industries have suffered severe losses. These little beetles have the potential to cause much more damage than the Dutch elm disease known as chestnut blight. They also occupy wood in the individual homes and produce stinky chemical secretions there causing allergic reactions or breathing problems in human living areas.

How to get rid of longhorn beetle infestation 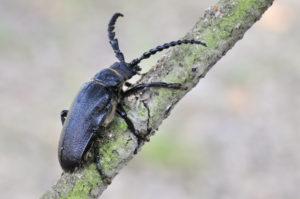 When you find out that the Asian Longhorned Beetles have infested the trees, try to limit the spread of pest through human activities. Quarantine procedure for host materials is triggered by beetles discovery which refers to nursery stock, branches, logs, stumps, lumber, wood debris, firewood to contain the movement of beetle.  Don’t move firewood as larvae can be hidden in them. In quarantined areas, make sure to follow the specific regulations while moving any regulated materials. Check your trees regularly. If you find some holes in the tree, report immediately as early detection can prevent further loss. If you are planting trees in the quarantine zone, try to avoid planting maple trees, elm, willow and other such trees.

1. Cut away infested branches using a saw or ax

For the current cure, follow some simple rules. If you find some infested branches in your backyard trees, cut them down using some saw or ax. To determine if the infected wood is sealed or not, examine it carefully. If you touch sealed wood, it is smooth and has a bright color. If you find out that the wood is sealed, just sand it with sandpaper.

2. Eliminate sources of moisture from your garden or home

Asian Longhorned Beetles are drawn towards moisture. Try to eradicate all the sources of moisture from your homes or gardens before your homes turn into infested homes or your gardens turn into infested gardens. Fix your leaking pipes, shut down sprinkles that are close to the wood so that it does not become moist wood and quickly clean up spills.

3. Spray the wood insecticide over the surface of the wood

The best defense is a good offense 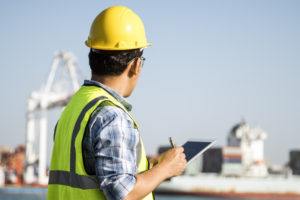 In the US, to eradicate any these beetles infection, many efforts are being made to prevent future infestations. The most likely way by which these insects enter in the US is the solid wood packing material that comes from China in the shape of cargo composed of wooden pallets. As a result, some departments are making inspections at key ports which have increased the number of chances and high risk of cargoes. US Department of Agricultural Plant & Health Inspection Service Plant Protection and Quarantine (APHIS), has also issued strict pests alerts to all the ports of entry personnel.

The department has also increased inspection and thoroughness of visual inspections on cargoes. Checking is made at the entry ports where targeted Chinese equipment of solid wood packing material are extensively inspected to detect wood-boring insects and Asian Longhorned Beetles. When these beetles and specimens of other exotic beetle species were found in the containers shipped from China, it was suggested that infested wood importation in the US should be prohibited.

4. Treat trees before the beetle bites

In the Eastern US, 30-35% of Asian Longhorned Beetles have threatened too many trees in the urban areas. If this dangerous beetle continues to spread in the US, the ecological, economic and aesthetic impacts on the economy are going be devastating to a critical level. If these insects get out of control on this level, their potential ability to infest and kill hardwood trees in almost 15 families of plants will surely hurt forest product industries. The economy will face serious troubles thus causing an imbalance in the business sector of the country.

The need of the hour is to take every possible measure to control these beetles. Every community should analyze the trees near them and should take care of any changes in those trees. If someone finds the presence of Asian Longhorned Beetles, he should contact local forestry officials for consultation as for his / her priority. Every community should be aware of the information about these beetles so that the identification could be made possible. Shipped material from other countries should be checked and investigated properly to stop further spread of these destructive beetles. Every garden or park should be away from any moisture because these beetles are strongly attracted towards humid conditions.