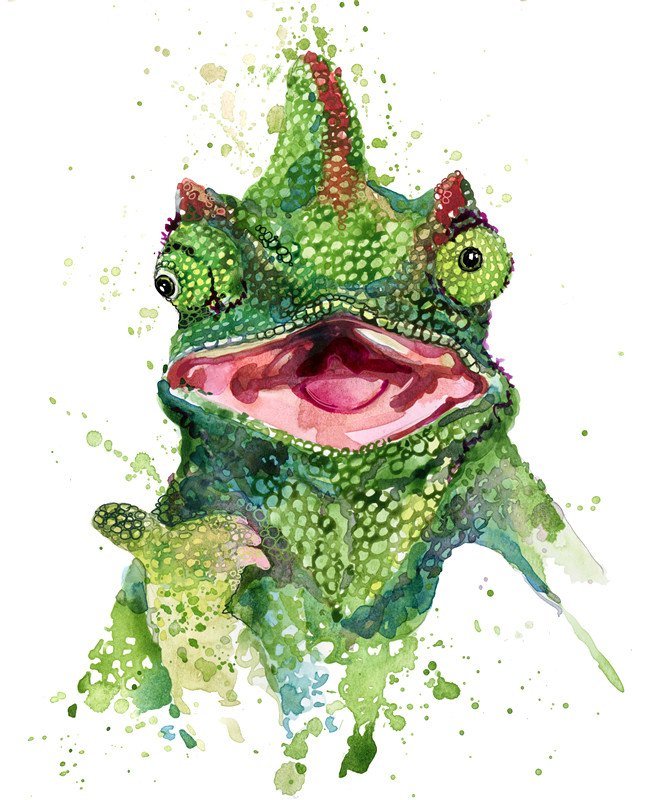 It is also important to understand that this is a number which includes a wide range of different types of these reptiles. For instance, it contains lizards with four, two or no legs at all. There are lizards with wings and with horns, frills and there are lizards in a wide range of different colors. The lizard species are obviously numerous and interesting.

There are quite a few things that you might want to take into account when it comes to the different lizard species. With this in mind, we would like to bring to your attention some of the most characteristic things which are of interest and are typical for most of the lizard species.

When it comes to their size, it is absolutely obvious that it would differ from one type to another. However, a general characteristic which pertains to all the types is that they traditionally have rather small heads and longer bodies. Their tails are also particularly long and they have the extraordinary ability to regenerate. With so many different lizard species, it is only understandable that they come in different sizes and types – something that you need to take into account.

The largest lizard by far is known as the Komodo dragon. It is absolutely huge and it could reach a length of almost 10 feet which is approximately about 3 meters. It can weigh up to 80 kilograms or 176 pounds which is a significant size for a reptile. On the other hand, the smallest known lizard species is the tiny dwarf gecko. It is one which could get up to 1.6 cm or about 0.6 inches in length and it could weigh about 120 milligrams which is approximately 0.0042 ounces. It is incredibly tiny and it’s almost impossible to spot it, actually.

When it comes to their habitat, it goes without saying that they are easily found throughout the entire world. Of course, this is not true for every species, but generally speaking, there are lizards almost everywhere except for Antarctica, of course. Some of them live in trees, others, on the other hand, prefer to live in vast vegetation on the ground. There are species which will live amongst rocks and in the desert.

For instance, the Texas horned lizard is known to live in the warm areas which are covered with little plants and are usually located in the southern parts of North America. On the other hand, the Northern fence lizard lives to live in cool pine forests, again in North America. There are lizards which are only found in different continents and, as we said, they are usually encountered throughout the entire world. 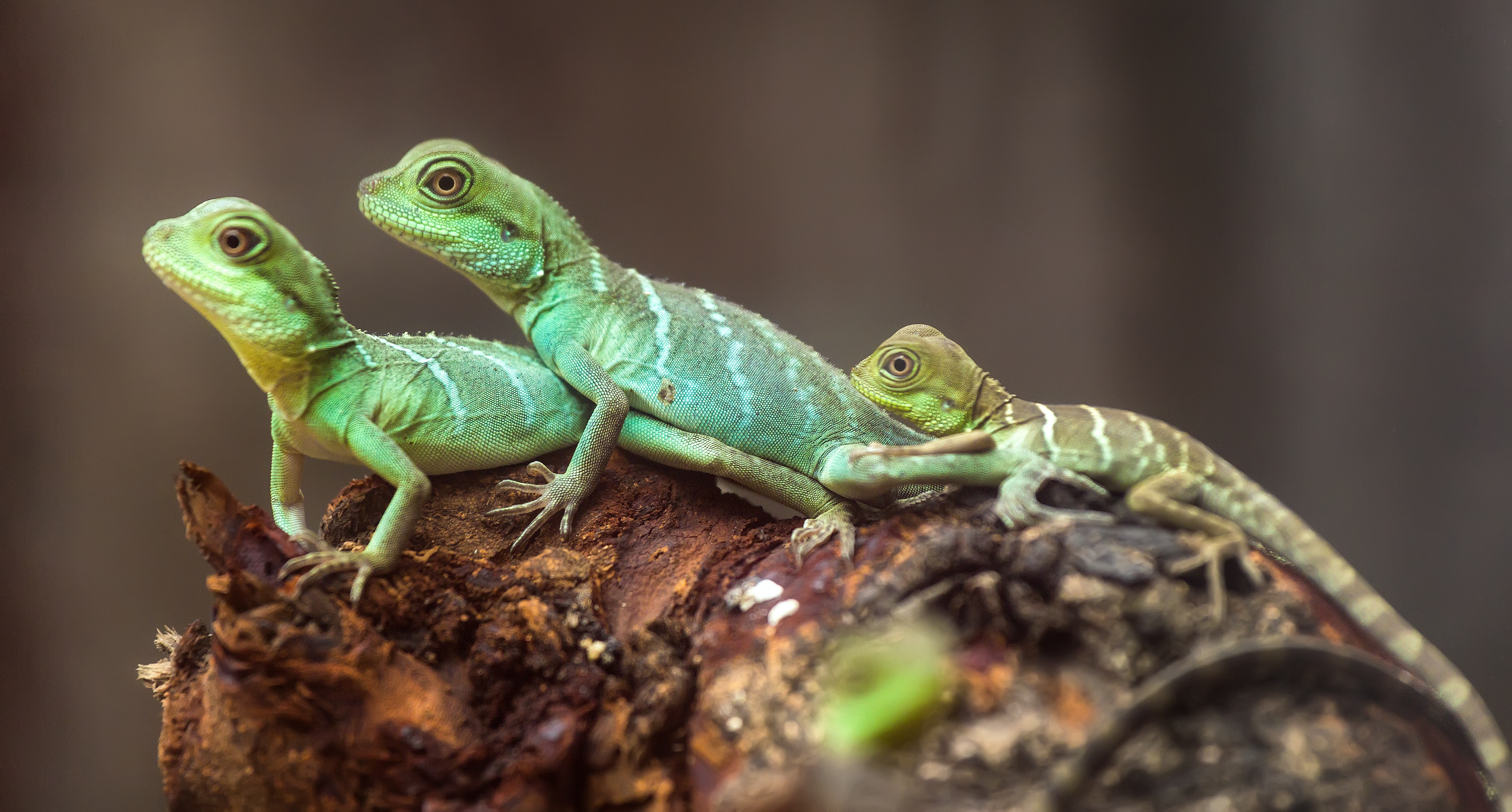 The majority of the lizard species are usually active throughout the day. They are all cold-blooded and this means that they rely on the overall weather conditions to warm up their bodies. They will use the heat produced by the sun in order to warm up their body temperatures and that’s when they are overly active.

What is more, the sun is also known to help these animals produce the much needed Vitamin D. Their days are usually spent sun-bathing on the rocks and hunting for food.

Some lizards, however, are also territorial. Others, on the other hand, are capable of living in dozens with other lizards and animals. However, they are not known to be social animals and other than mating times, they lead a solitary life. There are, however, certain exceptions, of course. This is due to the variety of different lizard species. The desert night lizard, for instance, is known to live in small family groups.

The majority of lizards are carnivores, meaning that they enjoy a meat snack. A typical diet for the majority of the smaller lizard species will include ants, termites, spiders, cicadas as well as small mammals and, occasionally – other lizards. Caiman lizards, for instance, are known to eat animals such as snails and other ones which also have shells. Other lizards, on the other hand, are omnivores. This means that they eat both meat and vegetation. The Clark’s spiny lizard is one such example. They like fruits as well as leaves and even vegetables.

Keeping forward, there are lizards such as the marine iguana which eat only plants. They are known as omnivores and they eat only algae from the sea. On the other hand, other types of iguanas also eat different plants. 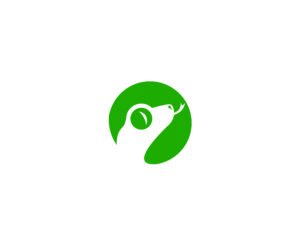 The majority of the lizards lay eggs while other types bear live young. For instance, some of the frilled lizards are capable of laying down up to 23 lizard eggs according to National Geographic. On the other hand, the gestation for a regular lizard egg can even last up to 12 months which is rather considerable when you think about it.

Most of the baby lizards are self-sufficient and are capable of walking from birth. They can also run and feed on their own. They reach maturity at about 18 months and up to 7 years, depending on the type of lizards. With this in mind, it’s probably worth noting that some of the lizard species can live up to 50 years. That’s absolutely significant when you think about it.

As we mentioned above, there is a tremendous amount of different types of lizards. At least 4,500 lizard species have already been documented which is absolutely significant. With this in mind, we would like to point out a few types of lizard species which are overly encountered and are likely to be amongst the most popular ones. Without any further ado, let’s have a look: 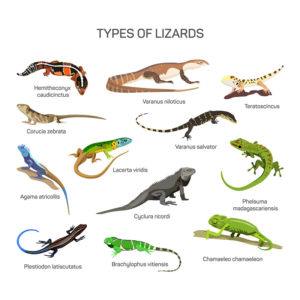 Now, it is also worth noting that lizards make good pets. They are easy to take care of as long as you have appropriate space to keep them at. If you think that you can let them wander around your backyard freely – that’s not a good idea. They won’t develop any affinity towards you and that’s why you shouldn’t expect them to stay. Make sure that they are captive and that they have their own designated space to stay at. Feed them properly and cover their basic physiology needs – this should be more than enough.

Typically, lizard infestation isn’t something that you have to worry about as they are primarily water bound and they wouldn’t stay long at a place where there is no water. However, they are also incapable of doing significant damage. Of course, this depends on where you live at. In the US, there aren’t a lot of particularly large lizards which could potentially cause a threat. However, there are certain things that you might want to do. Make sure to cut off their main food sources and fence your yard appropriately to ensure that everything is handled as per the highest standards. 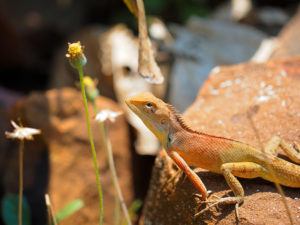 Other Fun Facts about Lizards

In any case, these are the overall things that you might want to be aware of when it comes to lizards. They are fascinating creatures and deserve a tremendous amount of attention as such. They are capable of providing us with a lot of insight as there regenerative functions are particularly stunning. As a matter of fact, there is a splendid amount of research which is directed towards this and scientists hope to reproduce these effects and make particularly splendid strides in science and in medicine. This is something that you should certainly take into account.