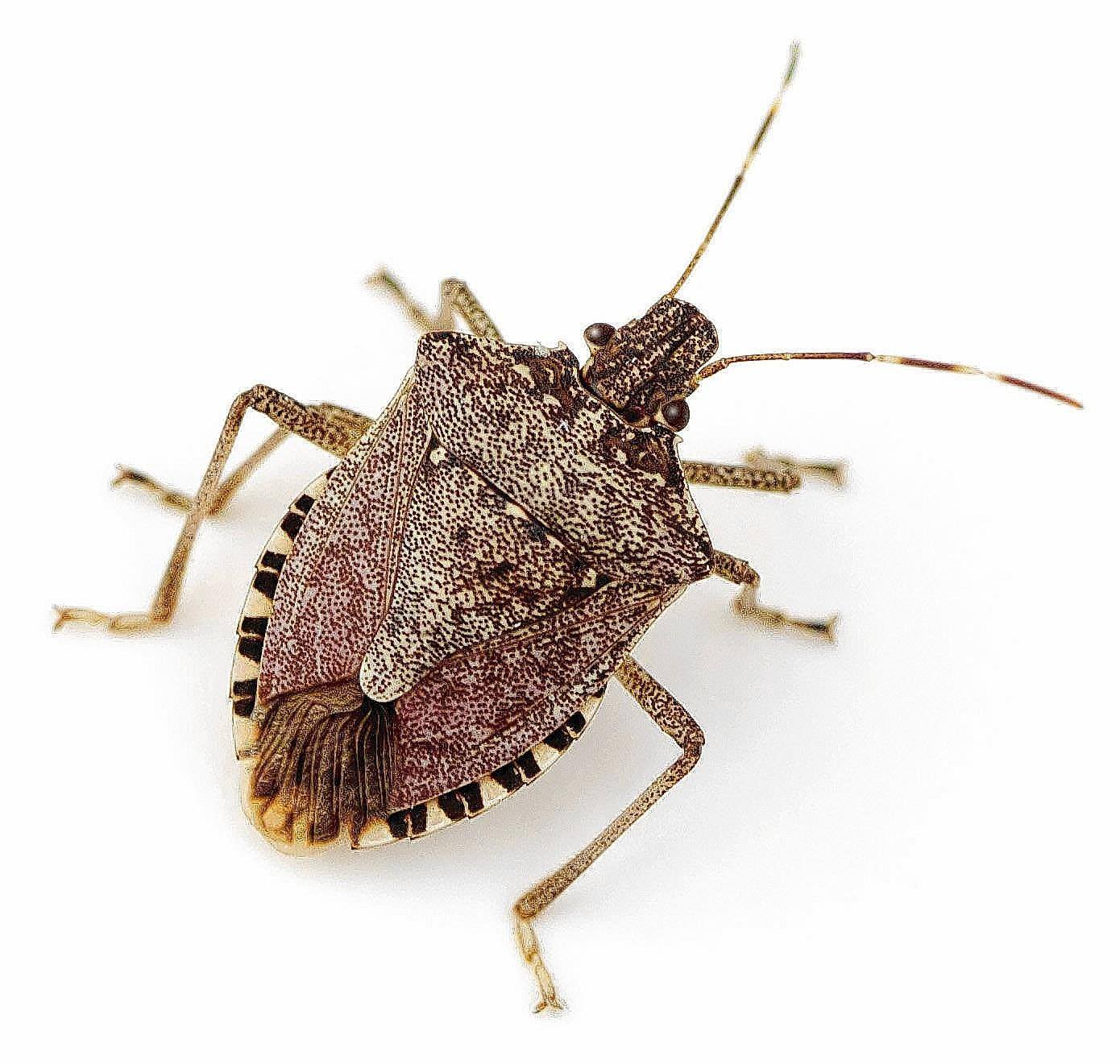 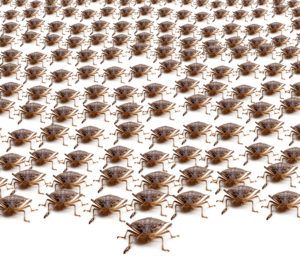 They’re everywhere this time of year, and that’s because like most of us, these buggers are waking up from a long winter’s nap.

There are more than 4,700 stink bug species on the planet, and 250 of them are found in the U.S. and Canada. The marmorated stink bug is the most common in the U.S., and it gets its name from the marble pattern displayed on its back. They’re about 3/4 of an inch in length, and have a shield-like shape.

And when they emerge in the spring, they can cause homeowners a serious headache.

Where Do Stink Bugs Come From?

Stink bugs are native to Korea, China, Japan and Taiwan. They were first documented in the U.S. in the mid-1990s in Allentown, PA. Chances are, these bugs hitched a ride in a shipping container from Asia.

Stink bugs are now found in more than 30 states.

In warmer climates, these bugs may reproduce throughout the year. But in most states, they hide out under rocks, ground cover, weeds and in buildings when winter arrives. In the spring, these bugs become active once again.

Once they emerge, they will feed on any plants they can find, and they’ll lay eggs on the back of the leaves.

What Do They Eat?

Stink bugs feed on a variety of plants, including fruits. Some of their favorite fruits include mulberries, apples, figs, peaches, citrus and persimmons.

In Pennsylvania, these bugs are becoming a serious agricultural pest. They produced some serious losses in peach and apple orchards in 2010.

Stink bugs pierce the skin of the plant to suck out the juices. These bugs also love to eat the seeds and foliage of maple, black locust, ash and catalpa trees.

Some species of stink bugs are actually predators and will eat other insects, including harmful caterpillars or even other stink bugs. In this case, stink bugs can actually be beneficial and will help protect your plants.

Why Are They Called Stink Bugs?

They call these insects stink bugs for a reason – they really do smell.

When threatened, these bugs release a foul, unpleasant-tasting odor, which scientists believe helps protect the bug from predators.

The smell is produced in a special gland in the bug’s abdomen. There are some species of stink bugs that can actually project the spray several inches. 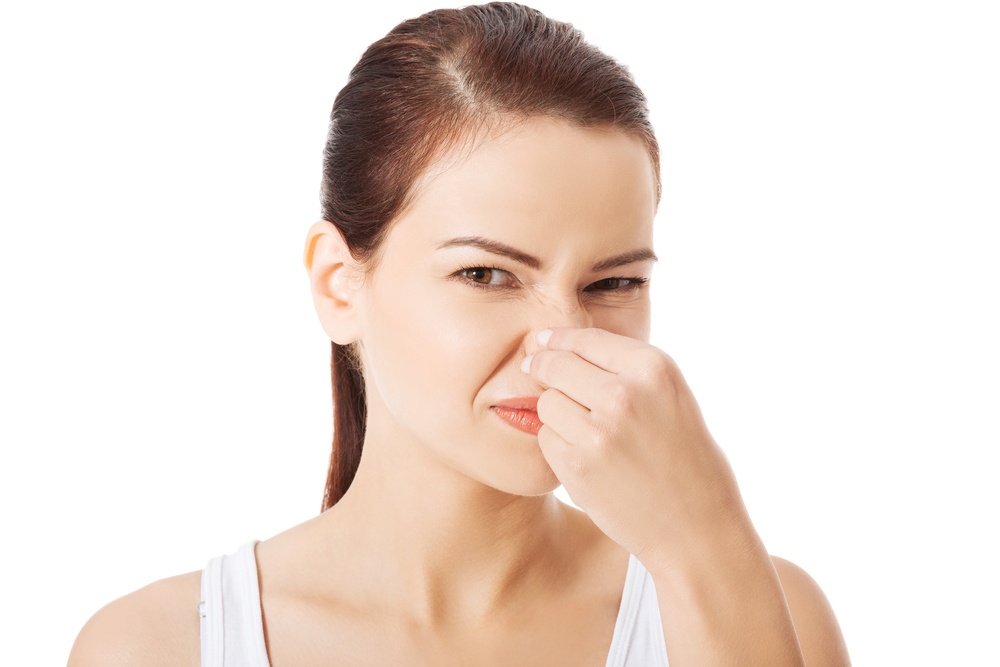 You know that stink bugs stink, but what do they smell like? Is the smell on par with a skunk, or is it more like rotting garbage?

The strength of the odor and what it smells like will really depend on the type of stink bug and your own senses. But most people compare the smell to strong herbs, like coriander or cilantro.

The smell can linger for hours, which is why it’s recommend that you avoid squashing these bugs indoors if possible.

Stink bugs are not known to bite. They feed on plants, so the only reason they would ever bite a human or animal is for defensive purposes.

And if they do bite you for this reason, you can bet that their stench isn’t too far behind.

No, these bugs are not poisonous. But they do release a yucky-tasting liquid if they are chewed and swallowed, which can cause irritation, vomiting and an upset stomach.

Some people are allergic to the stink bug’s odor, which can cause conjunctivitis or rhinitis.

If you’re sensitive to odors from lady beetles or cockroaches, there’s a good chance you’ll be sensitive or allergic to the stink bug’s odor.

There are also reports of these bugs causing dermatitis (skin allergy) if the skin comes in contact with their “stink liquid.” This can be a serious issue with agricultural workers who unknowingly pick fruits and vegetables with stink bugs on them.

Help! I Have Stink Bugs in My House

As spring weather approaches, you may see a lot of stink bugs outside and inside your home. They’re also more prevalent in September as they seek out a place to hide for the winter.

What can you do to get rid of them?

Not a whole lot. Experts say the best thing you can do is seal up any entryways that may be giving these bugs an invitation into your home.

Let’s talk about what kills stink bugs and the best methods for keeping them out of your home.

With any bug infestation, the first recommendation is always to find out where they’re coming from, and seal up those entryways. You’ll also want to check your windows, walls, foundation and doorways for any gaps, crevices or cracks that may be letting these insects inside. Seal these entryways with caulk or another appropriate sealant to keep them out. 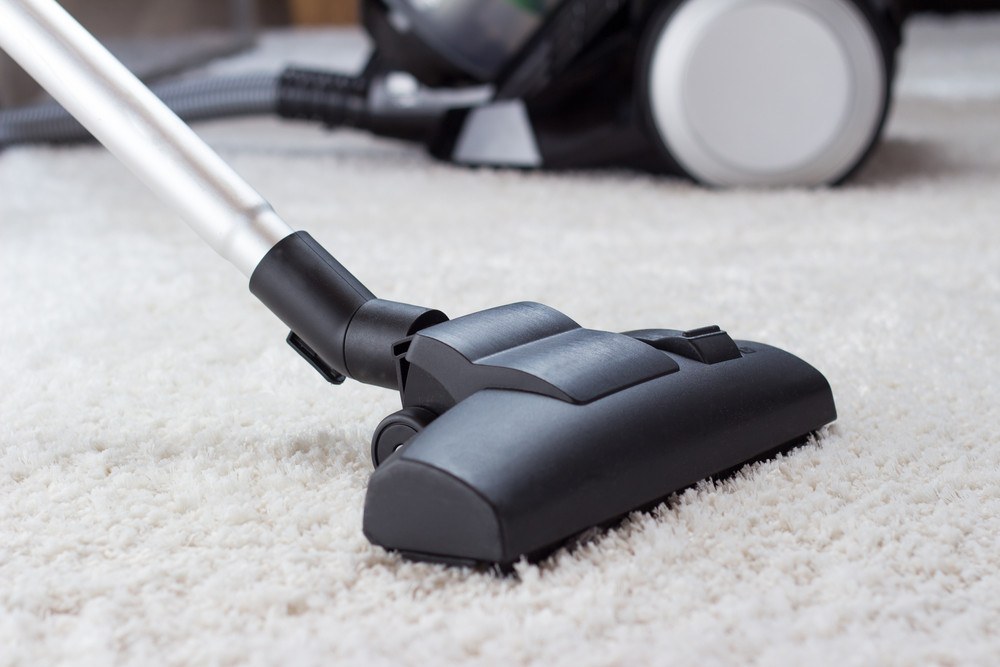 One effective method for stink bugs control is vacuuming. It may be a simple solution, but it’s one of the best ways to remove these pests from your home.

Stink bugs won’t create a nest in your home. They don’t lay eggs indoors – they lay them on leaves. They won’t reproduce or eat anything in your home (aside from maybe a stray piece of fruit laying on your countertops). So, vacuuming will remove these bugs for good.

What’s the most effective method of stink bugs extermination – without calling the exterminator?

They’re nothing fancy. And you probably have everything you need to make one right now.

To make this trap, fill the roasting pan or bowl with warm water, and add the dish soap. Mix the soap around, so it starts forming bubbles along the surface.

Carefully, set a desk lamp (turned on) over the trap. The goal is just to illuminate the water in the pan to attract the bugs.

Please use common sense here. Do not put the lamp in the tray of water, and do be careful not to get any electrical components wet.

The stink bugs will be attracted to the soap water solution, they’ll fly in, and die shortly after.

The soapy trap method works for a variety of other bugs as well, including fleas, so if you’re dealing with invasions from other insects, this trap may help you get their population under control as well.

What About a Stink Bugs Spray?

Maybe you don’t have time to run around your house looking for bugs to vacuum up, and you’re tired of seeing them crawling everywhere. Is there an insecticide you can spray to get rid of them?

Experts don’t recommend spraying insecticides to kill these pests – unless you’re going to do the dirty work of cleaning up all their dead bodies. Dead stink bugs removal can be a tedious, messy and smelly task.

Dead stink bugs will attract carpet beetles, which can actually damage items in your home. Carpet beetles will eat woolen items, stored food and many other natural products you may have in your home.

You can use foggers to get rid of stink bugs, but again, experts don’t recommend it because they do little to address the problem. More stink bugs will just make their way back into your home once the smoke clears.

Even spraying insecticides in crevices and cracks does little to deter them from emerging once winter is through.

As you can see, getting rid of stink bugs is no easy task. The good news? They’re just looking for a way out of your home, so they really don’t want to stick around any longer than they have to.

How to Keep Stink Bugs Away

Want to know how to prevent stink bugs? Start with the great outdoors – where stink bugs live. These are outdoor pests, so this is where the problem needs to be addressed and where you’ll focus your prevention efforts.

How do you do that? Seal up any entryways. We discussed this in detail before, but it needs to be stressed again because this is the most effective (and really one of the only ways) to keep these bugs out of your home.

In agricultural settings, farmers may set up a stink bugs trap in strategic locations to catch these pests and prevent them from destroying crops.

Traps will work just as well for you. Chances are, your infestation isn’t nearly as big as what you’ll find in an apple or peach orchard.

While farmers use pheromone traps, which may be difficult for you to get your hands on, you can try something simpler and just as effective: sticky traps.

Stink bugs are a nuisance, and they’re only really bothersome for a short time. If you’re dealing with an invasion of these bugs, use the soap trap above and take the time to seal up any potential entryways. These are the two most effective methods for getting rid of and keeping out these bugs.