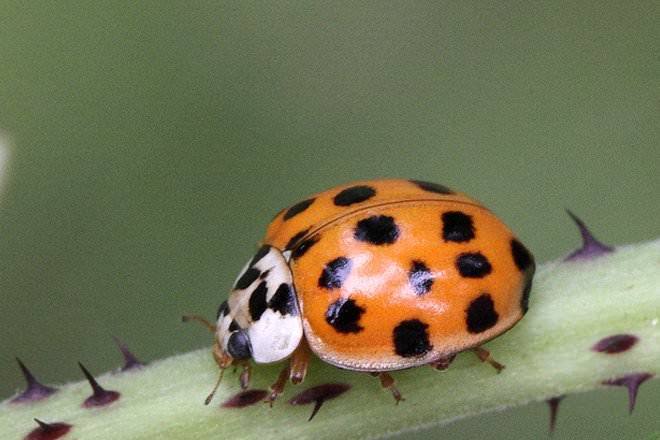 The Asian beetle is just another term used for ladybugs, those tiny red insects with black spots on their backs. Found all over the world, these bugs are typically a welcomed sight in gardens and farms. But not all species of this beetle are beneficial – some are destructive. And even the harmless kind can gather in hundreds near your home when temperatures cool off, waiting to hibernate in your home. 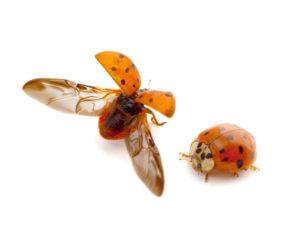 There are few reasons to want to get rid of ladybugs, but if you’re dealing with the destructive kind or just don’t want a swarm of these bugs in your home for the winter, we’re going to show you the best ways to get rid of them.

First, let’s take a look at the destructive species of Asian beetles, so you know whether you’re dealing with the harmless or damaging type.

What Types of Asian Beetles Are Destructive?

Most ladybugs eat aphids and other scales, which is extremely beneficial in the garden. Aphids suck the sap out of plants, causing serious damage over time. Lady beetles will devour these destructive pests, and some species are particularly aggressive feeders.

But there are some species of the Asian beetle that aren’t so friendly. These guys eat plants and destroy crops, making them more of a nuisance.

This species of the Asian beetle feeds on the leaves of white bryony as well as other cucurbits (or gourds). They’re between 5mm and 7mm in length on average, and most are orange in color with 11 black spots. 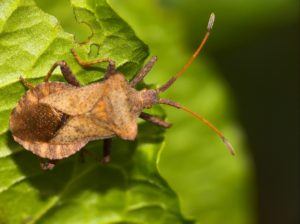 The squash beetle is commonly found in the eastern United States and feeds on cucurbitaceous plants (or gourds). These beetles are yellow in color with seven large spots on each wing covering and black spots on their heads.

The Mexican bean beetle is the most famous of destructive ladybirds, and is commonly found in both Mexico and the eastern United States. As their name suggests, these beetles feed on beans and legumes, including: soybean, azuki, mung, cowpea, lima, clover and alfalfa.

These Asian beetles look very similar to their harmless counterparts. They are oval in shape, orange in color and have eight spots on each wing covering. On average, these pests are between 6mm and 7mm in length.

The potato ladybug is larger than most other ladybird species, and they’re orange in color with 13 spots on each wing cover and two spots on the thorax (28 total).

And while these bugs love potato leaves, they love other crops as well, including: chilies, eggplants, tomatoes, cucumbers, melons, zucchini, pumpkins and more.

The potato ladybird appears to be a bigger problem in Australia than many other parts of the world, but they can do some serious damage to your garden in a short amount of time.

How to Get Rid of Asian Beetles

You know which types of Asian beetles are destructive and you want to get rid of them. Or maybe you have an infestation of ladybugs in your home that you’d rather not shelter for the winter.

Getting rid of these beetles isn’t as easy as you might think. They won’t nest in your home, but their pheromones will attract other ladybirds, making it appear that the population is swelling.

Asian beetles release a type of pheromone that attracts other ladybirds and lets them know that they’ve found a great place to hibernate for the winter. These signals can be detected from up to 1/4 of a mile away, and the chemical scent isn’t easy to get rid of.

【Read more about Get Rid of Asian Beetles】

In fact, this scent can remain on the interior and exterior walls of your home for years.

1. Vacuum – and Vacuum Some More 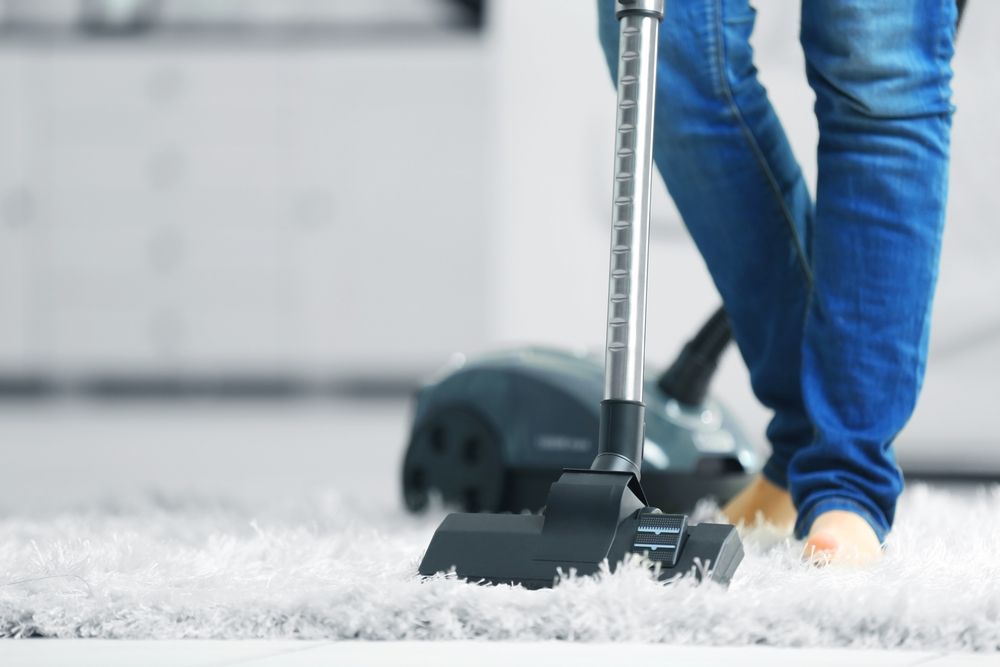 If you’re infested with ladybirds, one of the simplest and most effective ways to get rid of them is to vacuum them up. Be sure to dispose of the contents of the bag (or container), or release them outside of your home.

Ladybugs are only in your home because they want to hibernate for the winter. They’re not interested in breeding and taking over your home. If you’re taking the humane route, just vacuum them up and let them loose outside.

To make sure you’re releasing just the ladybugs – not dust and dirt – try placing a knee-high stocking on the end of your vacuum wand and securing it with a rubber band. The ladybirds will get stuck in the stocking, and the rest of the debris you pick up will go right through to the canister or bag. This makes it easier to release these critters when you’re done.

Just don’t let them sit in your vacuum bag – they’ll crawl right out.

To keep ladybirds from coming into your home, seal up any openings near your windows, doors, eaves, pipes, outlets and any other places they might get in. If you have larger crevices, you may need to use a foam sealant. Otherwise, caulk will work just fine for sealing up cracks and smaller openings.

Check all of the screens in your home as well. Large gaps or holes in screens are one of the most common ways ladybugs get into homes.

While this method won’t push Asian beetles out of your home, it will keep them from coming back in.

Light traps are also an effective way to trap ladybugs, but this method will kill them. These traps, which can be found in home improvement stores, use light and pheromones to lure in Asian beetles, and a water solution drowns them.

The trap includes a funnel top, which is designed to channel the bugs into a plastic jar base below. The light and the pheromones attract the ladybirds to the funnel, where they’ll slide down into the jar and drown.

Landscapers recommend placing food-grade diatomaceous earth (DE) around the perimeter of your home to keep ladybugs out and get rid of any that might be trying to get inside – or outside.

DE is a natural insect deterrent, so they’ll stay away from this powdery substance if they can. If they do happen to walk through it, the substance will pierce through their exoskeleton, causing them to dehydrate and die.

Lining the perimeter of your home with DE will also keep out and kill other insects, which is always a bonus. 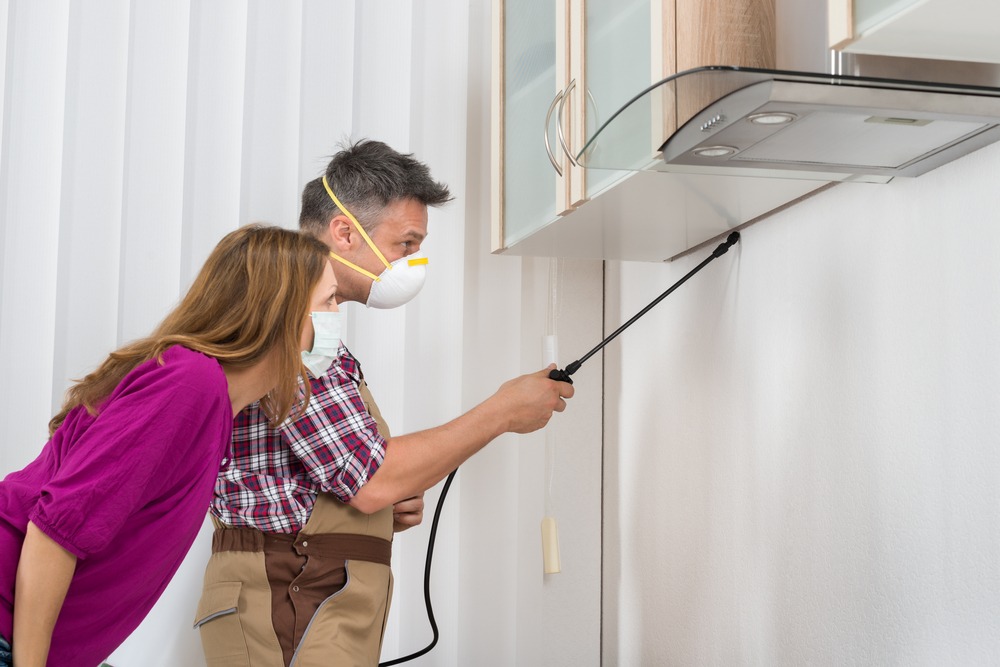 One effective way to prevent ladybug migration is to spray a pesticide on the exterior walls and siding of your home. The most common pesticides used for this purpose are pyrethroids and pyrethrins.

Pesticides should be applied with care, as they are toxic to certain animals, including your pets, and can be dangerous to spray near kids.

Any ladybirds that come in contact with the spray will die shortly afterward.

If you have an infestation of Mexican bean beetles, potato beetles or squash beetles, you can also use pesticides to prevent them from destroying your crops. But you must consult with local authorities to find out which pesticides are safe and approved for use in your area.

Maybe you want to keep Asian beetles out of your home, but you don’t want to kill them. You might even want them around to keep pests out of the garden. Placing a ladybug house in your yard will give these insects a place to hibernate for the winter, so they stay out of your home.

Even when ladybugs are active, these houses provide shelter from predators and poor weather, like wind and rain.

There are many varieties of ladybug houses, and the vast majority are constructed with wood. You’ll find variations that are pole-mounted, and others that sit on the ground.

If you have a garden, it’s worth the cost to place one of these houses in your yard. 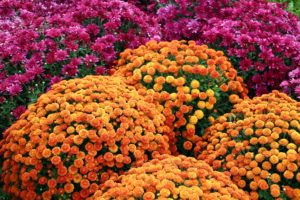 Another great way to naturally keep ladybirds out of your home is to plant mums around the perimeter of your house. Ladybugs do not like mums, so they’ll stay away. Planting them near windows and along the foundation will help keep them from getting inside.

Mums deter other insects, too. In fact, mums are a key ingredient in many flea powders.

Alternative Way to Deal with Ladybugs: Wait It Out

If you’re not too keen on the idea of killing ladybugs and the other methods above are not working, you have one alternative: wait it out. Ladybugs are only looking for a place to hibernate for the winter. They won’t damage your home or reproduce. They just want shelter. And when the weather gets warmer, they’ll head right back to the great outdoors – where they belong.

After these bugs do leave your home, make sure that you take preventive measures to keep them from coming back next year. Seal entryways, lay down diatomaceous earth and maybe even go as far as placing a ladybug house in your yard.

Prevention is the key with ladybugs because once they’re in your home, it’s difficult to get rid of them.