Insects are disgusting creatures. Most of us are scared of insects due to many of the inspiring facts from the horror movies. Perhaps, the planet Earth has an awful lot of beetles. Although some beetles are good for pollination, apparently some beetles bring really bad news for your backyards and gardens. They can be destructive and invasive. What most people find sickening, beetles find it attractive.

The bad and the ugly critters prefer the garden to get shelter from the bad weather especially during cold winters. There are quite a few large families of beetles that account for common sightings. Beetles principally belong to the order Coleoptera which is the largest of the insect species. There are over 350000 species in the order Coleoptera found across the world. There are nearly 12,000 species found only in the United States of America, and 300,000 species are spread all over the world.

Many beetles are equipped with jaws and have the ability to bite and harm the humans; however, Powderpost beetles do not either have jaw bone strength nor venom; therefore there is no significant health threat to human, but it has the strong ability to damage structures of wood.

Did you know that some beetles damage wood? Powderpost beetles are among the seventy species of wood-boring beetles that breed in the dead and dried hardwoods like the dead branches and limbs of trees. If you have antique furniture in your home, you could have seen holes and wood dust. Have you ever wondered what is causing damages to your loved treasure, although there can be other reasons, the possible offender is none other than Powderpost beetles causing damages to your eternal beauties? What are Powder post beetles and what do you need to know about Powder post beetles are

The complete lifecycle of Powder post beetles takes from few months to several years to complete one generation.

The most common urban pest problem is generally caused by Anobiid Powderpost beetles. The beetles most frequently infest structural components like beams, sill plates, hardwood flooring and furniture that are made of plywood.  They are great lovers of softwoods (wood from a conifer like pine, fir or spruce). These insects are about 1/6 to 1/8 inch long with reddish brown or grayish brown in color. Some species are also dark brown in color. These creepy critters have a cylindrical structure with an elongated body fully covered with fine hair. Anobiid beetles head are bigger in size, so the insects appear as if, it is wearing a hoodie. Their infestation occurs throughout the United States. However, coastal states and south-eastern states are majorly targeted by this pests.

How to get rid of them: Adult beetles do not cause damage to the wood unless at the time of exit, apparently, the larvae stage of the lifecycle is the most damaging. However, there are ways to keep the pest under control. These pests basically prefer damp woods and wood stored in poorly ventilated areas. Some of the signs of infestation of Anobiid Powder post beetles are

Totality wood treatment is the perfect solution for treating the infestation. It is a liquid formulation that gets easily mixed with water and an effective remedy for keeping the insects at bay. Woods that are in pre-construction and post-construction stages contains moisture so becomes an easy target to their infestation. However, the totality wood treatment protects these wood and saves from damages for up to two years. This can be done by spraying, brushing and foaming applications.

While Anobiid species affect both hardwood and softwoods, Lyctid beetles generally target hardwood trees like the timber, maple, teak, mahogany and many others which are 5 years older or less. They belong to the species of wood-boring insects and are found throughout the world. Adult beetles are dark in color with a cylindrical shape. Their eyes look spherical and appear weird and quite disgusting. They are generally 1/16th to a 3/16th inch long, and their lifecycle completion takes about a year when they are in woods or outdoor areas. However indoor insects require 2 to 3 years period to complete their lifecycle. Females lay their eggs in the wood cracks or crevices. Once the egg hatch, they tunnel through the wood for feeding and cause most damages to the wood. The larvae stage exists for two to nine months. After they have molted number of times, they move to the surface and pupate. At the end of the pupal stage, the adult beetles emerge and exit through the holes causing even more damages.

What damage can Powder post beetles make: The infestation of these insects is generally found in new homes or newly manufactured territories. Since this type of species can survive on less moisture, they can target furniture in indoor homes. The presence of this insects can be identified when you notice frass as fine face powder which generally occurs when they emerge from the exit holes. You can also closely witness the wood to see the presence of the larvae or other pupal because they are usually present higher in numbers. Apparently, you cannot see the adult insects because they are attracted towards the light and generally spotted on window sills.

Bora-care Wood Treatment – If you are not comfortable with totality woodcare treatment, you can try another method of wood-care treatment called as bora-care woodcare treatment. It is an active fungicide, insecticide, and termiticide used for all woods in the construction phase. This is composed of an active ingredient borate, they are mixed with water and applied to the wood either by brushing or spraying. Perhaps, this is the best wood treatment product on the market.Bora-care wood treatment is found most effective against all species of Powderpost beetles, termites, carpenter ants and decay fungi. They can be used for both interior (apartments, schools, and hospitals) and exterior use (kennels, stables, and food processing plants)

These species of insects are not common unlike Anobiid or Lyctid insects. However, they are found abundant in the tropics. Bostrichidae main targets are sapwood and conifers. They are commonly called as auger beetles and false powdered beetles. They have a slender shape cylindrical bodies and appears similar to other species. It has a very similar structure to Anobiid Powderpost beetles with its head projected downwards, so they are not generally visible from above. One of the exceptions in the Bostrichidae family is the black polygon beetle whose head is protruding forward and not unlike other insects of this species. The unique difference of this type of species is, it produces coarse powder when the adult insect emerges from the holes.

How to get rid of Bostrichidae Beetles

The best evidence of Bostrichidae Powder post beetle infestation is the emergence of holes in the wood with frass beneath it. The frass is characterized by coarse powder falling with a sudden jerk to the hardwood like the flooring, trimming and even in the ornamental pieces. The infestation can be effectively controlled by insecticide and fumigation.

After natural calamities, there is often a proliferation of wood-boring insects like Powder post beetles doing considerable economic damage. Most Powder post beetles enter the home through lumber or unfinished products like furniture and paneling. They cause serious damage to both the interior and exterior of your homes, so it is essential that you should be aware of the prevention and control of this harmful pests.

Adult insects are very active in the night and easily gets attracted towards the light. Prevention is always the easiest and the most economical solution when it comes to creepy little insects. Some of the ways of preventing the spread of this insects and keeping the insects at bay are 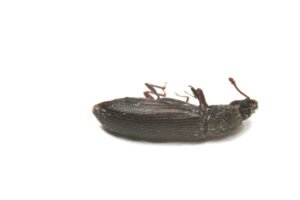 When the houses are made of wood, it is often a horrible situation for the homeowners to protect against the wood boring insects and for the complete removal of infestation. To control the infestation, the homeowners first ensure whether their wood sources are infected with these creepy little pests. Then you can carry out either a natural repellent or adopt a chemical repellent strategy to get rid of this infestation. Some of the common popular methods of controlling the Powder post wood-boring beetles are

There are several things that can be done to get rid of and control the infestation of the wood boring insects. Apparently, following the above prevention and control techniques will help you deal the insects in a more organized manner.