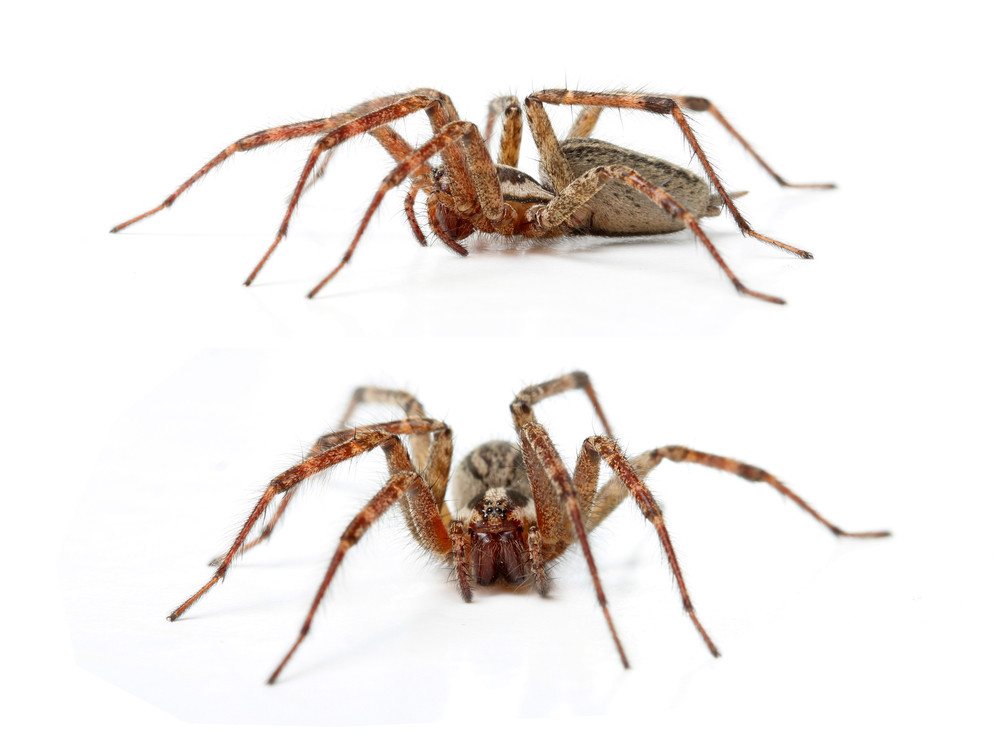 Native to Western Europe, the hobo spider is a feisty creature – it’s nickname is “aggressive house spider.” But these arachnids only bite humans when threatened or provoked.

There’s still much debate about the medical significance of its bite, but we do know one thing: they love to build their webs near human habitats.

Still, the hobo spider is a fascinating creature that deserves exploration.

The hobo spider, like many other spiders, can vary greatly in appearance, which can make it difficult to identify them without getting up close and personal. Unless you can perform a scientific examination of the spider’s anatomy, it can be difficult to know for sure which species you’re dealing with.

Hobo spiders are typically brownish in color, which makes it easy to confuse them with other similar-looking spider species, like the brown recluse spider.

But they do have a few distinct characteristics that helps identify them, such as:

This light brown spider is quick and known for its darting movements. 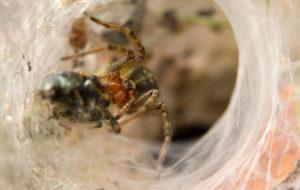 These creatures are called aggressive house spiders for a reason: they attack their prey and devour them in their webs. Hobos build funnel-shaped webs, and wait at the bottom of the funnel for dinner.

Using overlying strands of silk, the spider’s prey becomes entangled and trapped. Once trapped, the spider goes in for the attack.

These arachnids feed on a variety of insects – including other spiders. They prefer to feed on small- to medium-sized insects, including beetles, ants and flies. Because they eat pests, these spiders are actually considered beneficial.

These spiders are native to Western Europe, but were accidentally introduced to the United States in the 1980s. Hobo spiders are primarily found in the Northwestern U.S. in Wyoming, Washington, Utah, Oregon, Colorado and Montana.

The hobo spider prefers to build its webs in dark areas where they’re less likely to be disturbed. They’re often found underneath rocks, along the foundations of homes, wood piles and flower beds.

Inside, they’re found in basements and dark corners of rooms.

Hobos are nocturnal creatures, so most people don’t even know they’re around until they turn on lights. Even then, these quick spiders dart for cover.

While the hobo spider is quick, it is a poor climber and is typically only found on the ground.

Hobos will build webs near human habitation, but will rarely enter their spaces because of competition from other spiders, mostly the giant house spider. Human contact with hobo spiders is rare in Europe.

Most hobo spiders are solitary, meaning they prefer to live and hunt alone. This is not an extremely common spider, so you’re not likely to find one out in the wild or your home.

Hobo spiders are unique in that they build tunnel-shaped webs rather than circular webs. And these webs serve as more than just a place to attack prey and eat – they also serve as a breeding ground.

Webs are built with overlying silk strands that trap the prey. When prey gets caught in the web, it sends vibrations along the silky strands and alerts the funnel web spider that dinner is ready.

The hobo is a funnel-weaving spider species, and its webs also serve as a mating ground. Females hang out near their nests, and the males seek out females for mating.

Males are cautious when they approach females, and will only mate if they know the female is receptive and not hostile. Females stay in the nest after mating, while the males will either die or move on to another female.

Mating season runs from late summer to early fall. Females produce between one and four egg cases, and each one can hold 100 or more eggs.

Female hobo spiders will deposit the egg cases on the undersides of wood, rocks and other structures. Their cases are made of silk, debris and dirt.

Females usually die after laying their eggs, but there are rare cases where females will overwinter and breed for another season. Eggs will gestate during the cold winter months, and spiders will hatch the next year. 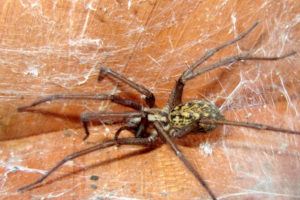 Males play no role in raising baby hobo spiders, and the females typically perish before their young hatch.

Hobo spiders in warm or coastal climates live about one year on average. Inland populations tend to have longer lifespans of up to three years.

These spiders have long been believed to be dangerous spiders, but the toxicity of hobo spider venom is still a hotly debated subject.

Populations found in North America are believed to have potent venom that causes necrotic wounds comparable to brown recluse bites. Populations in Europe aren’t believed to be dangerous to humans.

Because hobo spiders look a lot like other spiders – including the brown recluse – many experts believe the necrotic effects that have been associated with hobos is really just a case of mistaken identity.

Hobo spiders can be aggressive, but only when provoked or threatened. And they tend to be mostly aggressive when their eggs are in danger or their webs are disturbed.

These spiders are extremely hard to positively identify, so a bite from what you believe to be a hobo spider may actually be from the wolf spider genus or brown recluse. For this reason, it is critical to seek  medical attention if you are bitten by what looks like a hobo spider.

It’s especially important to seek medical attention right away if you experience any of the following after a bite:

To date, there is no evidence of necrotic wounds in hobo spider victims, which is why their toxicity is still debated among experts. But because these spiders are easily confused with truly dangerous, venomous spiders, it is critical to seek medical attention right away.

A hobo spider bite should not be ignored and should be treated as soon as possible.

1. Myth: You Can Identify Hobo Spiders By Their Chevron Pattern

While hobo spiders are known to have chevron patterns on the tops of their abdomens, these patterns may vary widely. Some are more zig-zag in nature, while others are more like herringbone.

Only an arachnologist can positively identify a hobo spider. Keep your distance if you come across what you believe to be a hobo spider, as it may actually be a brown recluse or wolf spider.

Hobo spiders are called aggressive house spiders, and they can certainly be feisty if they are provoked. But many believe that this nickname is actually a misinterpretation of the spider’s Latin name Tegenaria agrestis.

In Latin, “agrestis” means rural, but may have been misinterpreted to aggressive house spider.

While we’re on the subject of myths, “house spider” is another false nickname for this spider. Hobo spiders can’t thrive in homes, so they’re rarely found there. 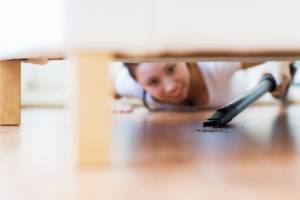 What happens if you find yourself with a hobo spider infestation? How do you get the infestation under control and finally rid your home of these critters.

If you have a serious infestation, your best bet is to hire an exterminator. Other ways to rid your home of hobo spiders includes:

One of the most effective ways to keep hobo spiders away is to keep your yard and basement clean. Hobo spiders are solitary and nocturnal, so they love dark places.

Start by removing all debris and vegetation and wood from your yard. Hobos love to build their webs in wood piles, under rocks and in dark crevices near other yard debris.

2. Close All Cracks and Crevices

To keep these spiders out of your home, make sure that all cracks and crevices are sealed. Check the foundation, windows and doors in your home for potential entrances.

Once you’ve identified all cracks and crevices, use caulk to seal up these openings and keep hobo spiders away.

The National Park Service recommends using glue traps to catch hobo spiders. If you already have an infestation, this is a great way to get the population under control.

Once you’ve caught some spiders, it’s important to use gloves and protective clothing when disposing them.

Another simple and effective way to get rid of these spiders is to simply vacuum them up. In most cases, you can vacuum up both the spider and the web.