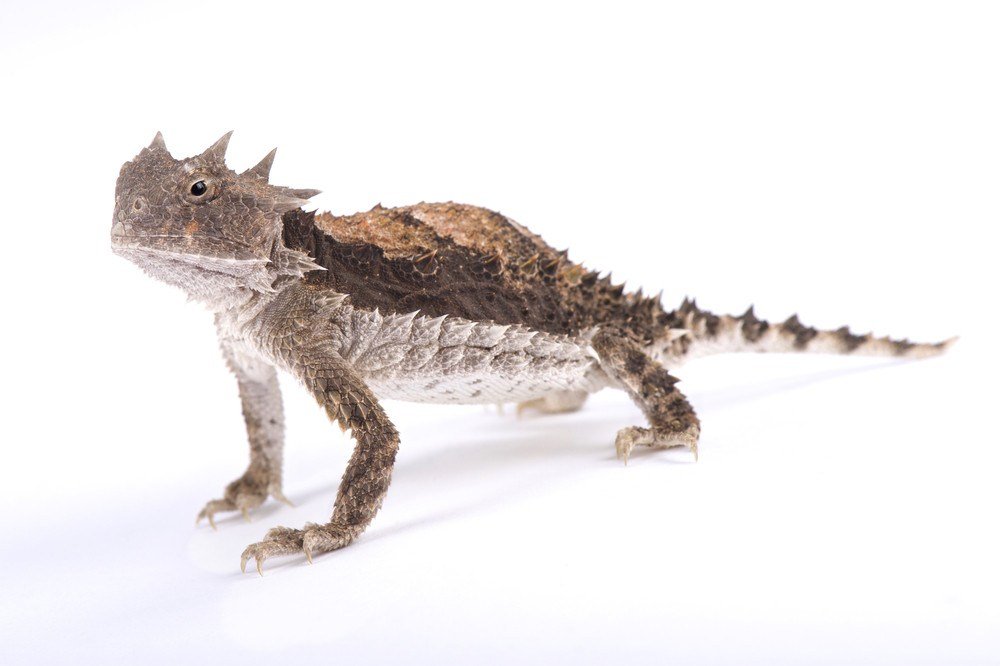 The following are the physical features of a horned lizard.

People discuss the Horned lizard as a horny toad and horned toad. It is in a flattened shape, and it gives a toad-ish look to the viewers. They are easily distinguished from other species by the formidable crown of antler which adorns their head. These antlers are also known as a spined horned lizard. Their color can be yellowish, gray or even red. The short-horned lizard has a wide tail. Their color of skin is very adaptive to the environment. The color blends according to the environment. It has many other features which distinguish them from other creatures. They have a very sticky tongue which is always ready to catch the prey. Their color can blend in almost every type of item around them. They have the ability to fatten themselves which saves them being swallowed by the predators. The tiny spines on the body of horned lizard can hurt the stomach of a predator. Some horned lizards have harmful bacteria in their spines which can cause infection in the predator. These lizards can quickly run along short distances to escape from the predators.

With a rise in temperature, the Horned Lizards become more active. At that time they need more food as they begin to feel hungry. These lizards eat many types of invertebrates. Their diet mainly consists of insects, butterflies, and moths. Whenever they have availability of food, they will consume it even if they already had enough of food before. Their main diet staple is an ant. They can wait for hours to get their food. These creatures search for their prey in open areas. When they see a prey passing pass them, they quickly snap them and flick the prey with their tongue.

Their location lies in the areas of Mexico and different parts of Western United States. In Arkansas, there are varieties of horned lizards found. Guatemala and the British Columbia also have a huge share of these creatures. These lizards usually thrive in those habitats which are scorching and dry during the day. They prefer sticky in the sandy areas for long hours. They are not easily adaptable to the environment. Some are found in hot deserts where other animals also live while some prefer living in mountain regions throughout the season.

During fall these lizards bury themselves in sand. They usually hibernate themselves so well that they are not disturbed by the humans or any other living creatures. As the temperature of the atmosphere warms up, they come back. They bask in the sunlight in day times. To get the most of the heat absorbed they tilt their body on the ground. To keep themselves warm they bury themselves at night until the next day.

Mating in horned lizards usually takes place from mid-April and goes on until July. The male lizards fight with another male to show the ability to mate with the female lizards. After mating with one female they go and find another female to mate. After mating, the female seeks a nest to lay eggs which will come in few weeks.

The eggs laid by the female lizards are covered with the layer of sand. The sand helps to keep the eggs warm. It also prevents the predators to remain away from the eggs. After the eggs get a hatch, the female never comes back to see the eggs. At one time she can lay about 10 to 30 eggs. The young ones go and find their ways to lead an independent life.

Apart from a shooting blood, there are many other ways to protect themselves from the predators. The coloration is usually used to serve as camouflage. At the moment of the threat, they avoid movement. They try to remain still in front of their predators to confuse them. If shooting the blood in the eyes of predator fails they then puff their bodies. This results in the spiny scales to protrude. In this way, the spine creature looks larger, and predator finds it tough to swallow.

How to tell if the horned lizard is a toad? 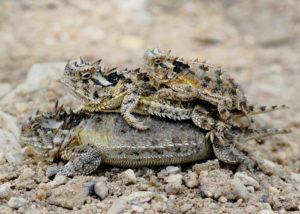 Now check the hemi penal bulge which is below the legs and abdomen. The abdomen and legs are connected with the belly. The bulge is said to be puffy in the body of a male. These bulges are not present in a female body.

The next step is to identify the size of the vent. The vent will be horizontal, and it will be present across the abdomen in the body of a male lizard. It does not exist in the body of the female.

Here are some amazing fun facts of the horned lizards: