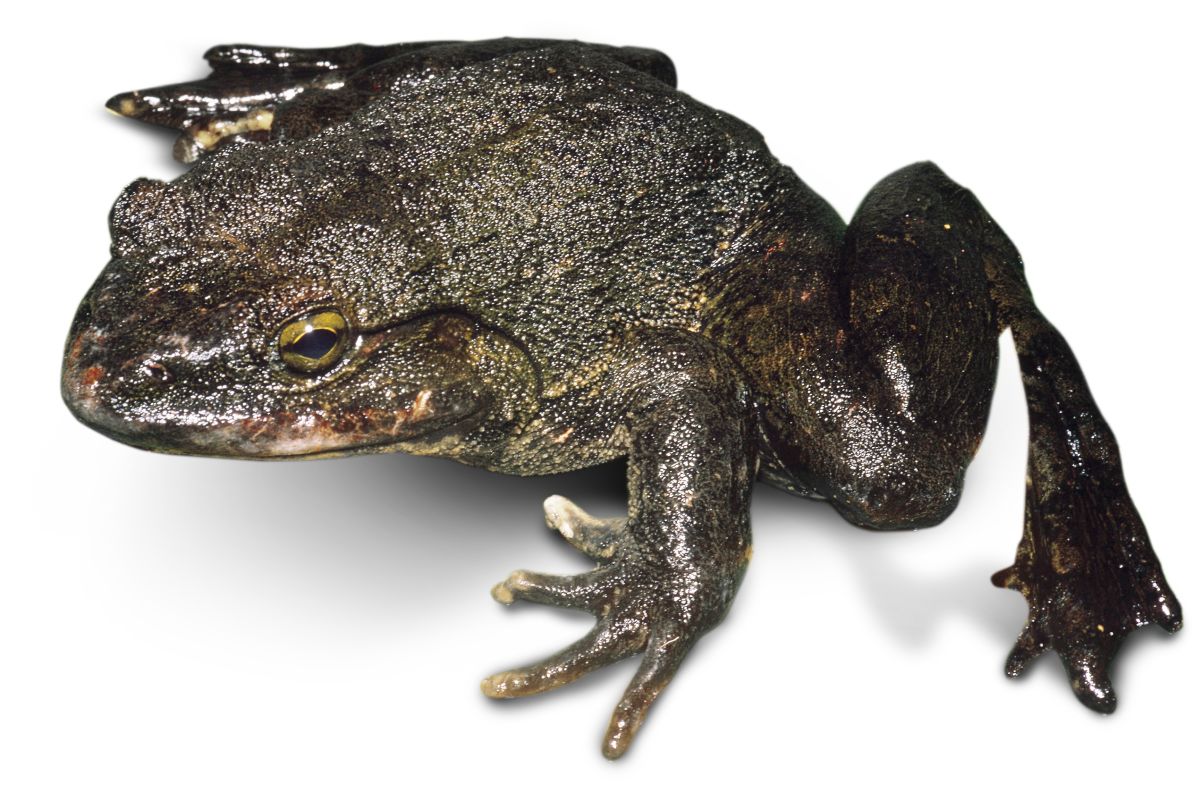 Now, the truth is that there is quite a lot that could be said about the giant slippery frog or goliath frog as it is also commonly referred to. Obviously, it’s the largest living type of frogs which are currently living in our planet. They are capable of becoming particularly large and that’s their main characteristic which distinguishes them from other types of frogs.

Now, it is important to take a look at the main things to consider about the frog in order to have general knowledge as to what it looks like, what does it prefer to eat and how does it live in general. So, with this in mind, let’s go right ahead and take a look.

【Watch this video about Goliath Frog】 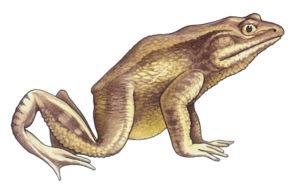 Now, if you took a sample of 15 individual adult goliath frogs, the weights are likely going to range between 600 and 3,250 grams. This is something rather significant. The length of the snout-vent are also going to be rather different – between 17 and 32 cm. Their eyes are also particularly large, believe it or not – they can become as much as 2.5 cm in diameter which is definitely significant.

They have a conspicuous tympanum which has a diameter of around 0.5 cm and it is also separated from the eye with about 5 cm when it comes to adult goliath frogs. The goliath frog eggs as well as their tadpoles are about the same size as any other types of frogs which is something rather interesting when you come to think about it.

The lateral fold is usually going to extend from their eye to their posterior portion of the actual tympanum. The toes are usually fully webbed as they also have significant membranes which extend to their toe tips. The longest one is their second toe. The skin is usually granular. The dorsal coloration is mainly green sienna while their color of their abdomen is naturally yellow or orange. They have no vocal sac, which is something rather curious and they also lack nuptial pads which is also to be considered.

It is also rather important to take a look at where the goliath frog lives. Its natural habitat is usually near fast flowing rivers, which is rather typical and characteristic for this type of frogs and not for others. They can also be found in places with sandy bottoms in the Middle parts of Africa, Cameroon and Equatorial Guinea. Swift-moving rivers and waterfalls attract these large frogs.

These rivers are usually rather clear and particularly oxygenated which is what attracts the frogs the most. Now, it is also worth noting that their actual range is usually going to span from the last 200 km from Cameroon in Sanaga basin to the northern parts of the Benito River in Equatorial Guinea – this is also something that you might want to take into account. The river systems which provide the most appropriate habitat for the goliath frog are commonly found in areas which are particularly humid and dense and they have significantly high temperatures.

The diet of the goliath frog is also rather typical. They are herbivorous and would usually feed on one characteristic aquatic plant which is known as Dicraeia warmingii. It is only found near swift-moving rivers and waterfalls and this is the main reason for which the range of the frogs is so characteristic. Adult goliath frogs are also going to feed on insects such as locusts and dragonflies. They are also known for consuming other animals such as young snakes, baby turtles and even smaller frogs or grabs. This is one of the things which should certainly be taken into account.

The thing which threatens their life the most are natural predators such as crocodiles and Nile monitors and other predators of the kind. However, in the recent years, another very common threat to their existence has been their habitat deconstruction. Those amphibian species need their natural habitat in order to live through and with the current urbanization a lot of it is getting thoroughly destroyed.

Another important part of their behavioral characteristic is their reproduction habits. Like the majority of different amphibian species, water is absolutely critical for their actual reproduction. Now, as we mentioned above, the goliath frog lacks its vocal sac and it doesn’t actually produce any mating calls – this is something which is generally present and particularly important for the majority of the frogs and toads.

Now, males construct spawning as well as convenient breeding areas alongside and even within the rivers themselves by pushing rocks in a pattern which is rather semicircular. The egg masses are usually going to consist of several hundred eggs, each one of which is approximately 3.5 mm long and it is attached to the vegetation at the bottom of the river – this is something interesting.

As a matter of fact, the goliath frog is a very common pet as it has a very characteristic appearance and it is considered to be rather exotic. In fact, they are quite expensive and hard to get for captivity.

However, this is something which is capable of prolonging their natural life cycle considerable. Animals bred in captivity and taken care of as pets are actually going to live up to 21 years of age, which is something absolutely significant when you come to think of it.

As you can see, there are a lot of fascinating things that you might want to take into account when it comes to the goliath frog. Being the largest species of frogs, it definitely has quite some interesting things to show us.