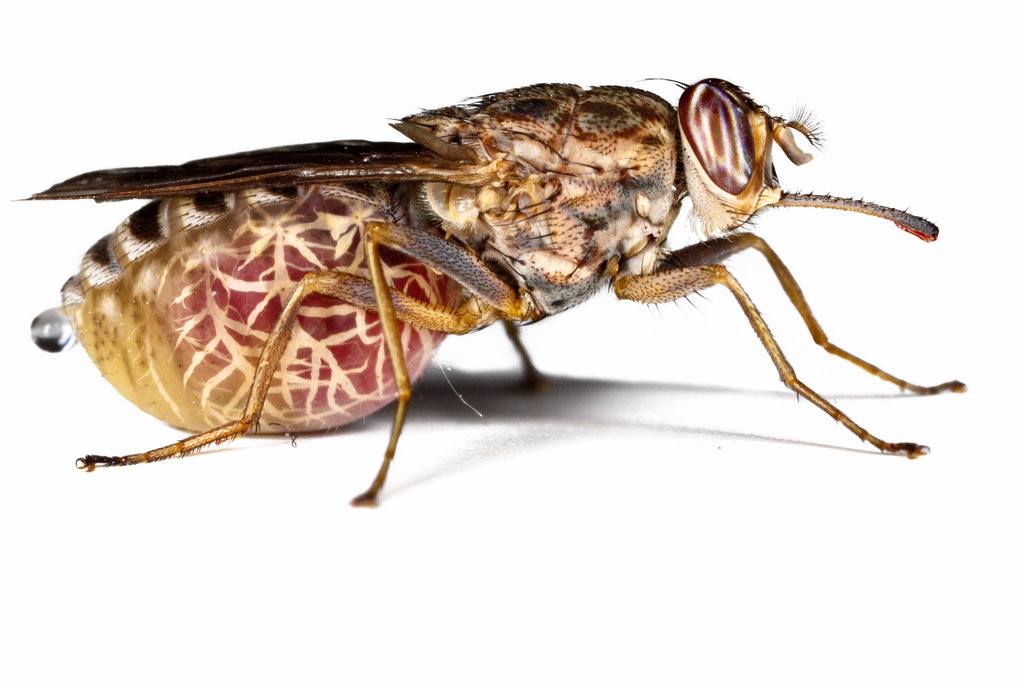 Tsetse fly, also known as a tik-tik fly, exists abundantly in some regions of African Continent. Its name comes from one of the languages in Southern Africa i.e. Tswana that means ‘fly.’ This fly is one of the kinds of a housefly. One can find more than 23 species of tsetse flies in mid-continent African. These bloodsucking flies dwell in open woodlands of tropical Africa. They can give rise to fatal diseases in humans as well as animals. The toxin they excrete can also result in the death of human beings.

Their bite becomes the reason of thousands of deaths every year. These biting flies should be monitored and controlled by using traps or insecticides before you become a victim of the health hazards they can cause. These flies have turned the cultivated areas of African countries into barren lands; this is the reason they are facing poverty despite many programs run in Africa to eradicate these flies.

The size of these flies varies from 0.2 to 0.6 inches. Tsetse flies, vigorous and slightly erected, are found in color varying from yellowish brown to dark brown. The thorax part is gray, and you can see a dark marking on it.  These insects resemble a lot with the house fly, but when they put their wings to rest, one wing always tucks below the other. Their dowdy body comprises of three parts that are the head, thorax, and abdomen.

The head is quite large, and the eyes are widely separated. They have total six legs and a pair of wings. They maintain balance during the flight with the help of their modified wings called halters. They may have a striped abdomen. You can distinguish these flies from the housefly by their bristle-like appendage which is called Arista. Long and branched hair covers this part. This forward projecting piercing proboscis can puncture the skin. They use their piercing mouth parts to suck the blood.

Their lifecycle is not very common because they are multivoltine and long-lived and they can produce several broods in a year. The reason may be the abundance of food sources. Female tsetse mate only for one time in their whole life but they can lay eggs after every ten days. Female tsetse keeps the egg within her uterus until the egg goes through three larval stages.

The developing larva in the body feeds on the milky substance that is secreted by a modified gland in the uterus of the female’s body. Tsetse larva starts coming out of the uterus when it lies in its third stage. It can hardly stay in this stage for a few hours. This larva crawls on the ground after becoming independent and grows its partial case. Then the tsetse pupa is transformed into an adult tsetse.

All these morphological stages take 20 to 30 days to make an adult. Larva depends on the stored resources of its female parent during its stay in her body. The richness of blood help larva to grow inside the female’s body. For this, the female has to get enough energy for her need of a nutritional resource. They are found as an independent individual when the larva is at the third stage and when they develop into adults. The newly independent tsetse looks like maggots right after coming out of their mother’s body. They get the proper appearance of tsetse flies when they become adults. Male tsetse flies can live for 2 to 3 weeks, but females can survive for more than a month.

You mostly see these insects in mid-continent Africa between the deserts of Kalahari and the Sahara. Tsetse flies infest almost all 37 sub-Saharan African countries. These countries are heavily indebted developing countries. Tsetse flies have left all the cultivated lands barren. Tsetse flies in rural sub-Saharan Africa are responsible for transmitting sleeping sickness. Trypanosoma brucei rhodesiense mostly occur in Malawi, Tanzania, Uganda, and Zambia while Trypanosoma brucei gambiense as well as in central Africa and some areas of western Africa.

The tsetse fly is one of the dangerous insects exist in the worldwide for both humans and animals. These are obligate parasites that live on the blood of vertebrate animals and humans. Tsetse transmits trypanosomes when they feed on blood which results in an infectious disease called trypanosomiasis. In humans, this disease is called sleeping sickness. In animals, tsetse-transmitted trypanosomiasis is nagana, souma, and surra. Usually, horses, camels, and cattle become the victim of these fatal diseases. These infections are dangerous unless treated on time.

Tsetse has become one of the major reasons of poverty in sub-Saharan Africa. Most of the land in those areas that are cultivated with the help of hoes as they lack modern resources to do this. They suffer a great loss of milk and meat of their livestock and the production on land stands still when the animals fall ill. Similar diseases likewise affect humans, and these diseases are called African trypanosomiasis – human African trypanosomiasis (HAT) or sleeping sickness. A thousand of animal and human deaths occur every year, and the reason is tsetse fly.

How to Get Rid of Tsetse Fly

The damage tsetse causes are of serious nature because it is about the health of humans and animals. It is essential to take all the safety measures to avoid destructions. Once can control these deadly insects by interrupting their production cycle. Another way is to target the animals carrying disease and give them surveillance treatment. Other control tactics have been used to reduce the tsetse population such as;

Tsetse flies rest are often seen resting on the woody vegetation. Remove all such types of vegetation from your land so that you can make the area unwelcoming to these flies. This method is difficult and requires much effort which one can only do if there are a large number of people.

Pesticides can also be used to prevent them. Some organic pesticides are available that can you can apply them to the animal bodies. This tactic prevents the flies from transmitting fatal diseases. Pesticide sprays are also available.

It is one of the effective methods in which you can attract tsetse flies to a piece of cloth that is blue in color. You can spray this piece of cloth with insecticide. The cloth can also display the colors of animal skin. The flies get killed when they rest on the In old times, people used things that can mimic the animals to control these flies, but this method is not in use these days.

Ionizing radiation is used in this technique to sterilize male flies. You can release the sterile males in the area where they can mate with females which result in a reduction in population because these flies do not produce offspring.

Two significant vectors are responsible for sleeping sickness which is Trypanosoma brucei rhodesiense and Trypanosoma brucei gambiense. These flies are biological vectors of trypanosomes which means that they transmit while acquiring the blood. Tsetse flies carry these fatal infections. When they suck in the blood of a person, the infections transmits in the blood, and that person suffers from sleeping sickness. 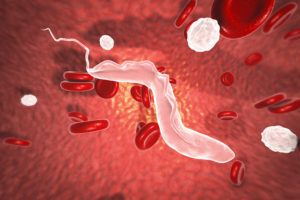 The symptoms of tsetse bite are;

Medication can treat the infection. The treatment of the disease caused by tsetse flies depends on the type of infection and the stage of the disease. Some drugs are also widely available to recover from the infection. It is better to contact a physician if you discover any of the symptoms mentioned above.

How Can Travelers Prevent African Trypanosomiasis?

The abundance of these flies is mostly in African regions, but people of other countries can also become a victim if they travel to Africa. They should take precautionary measures to avoid any serious illness.