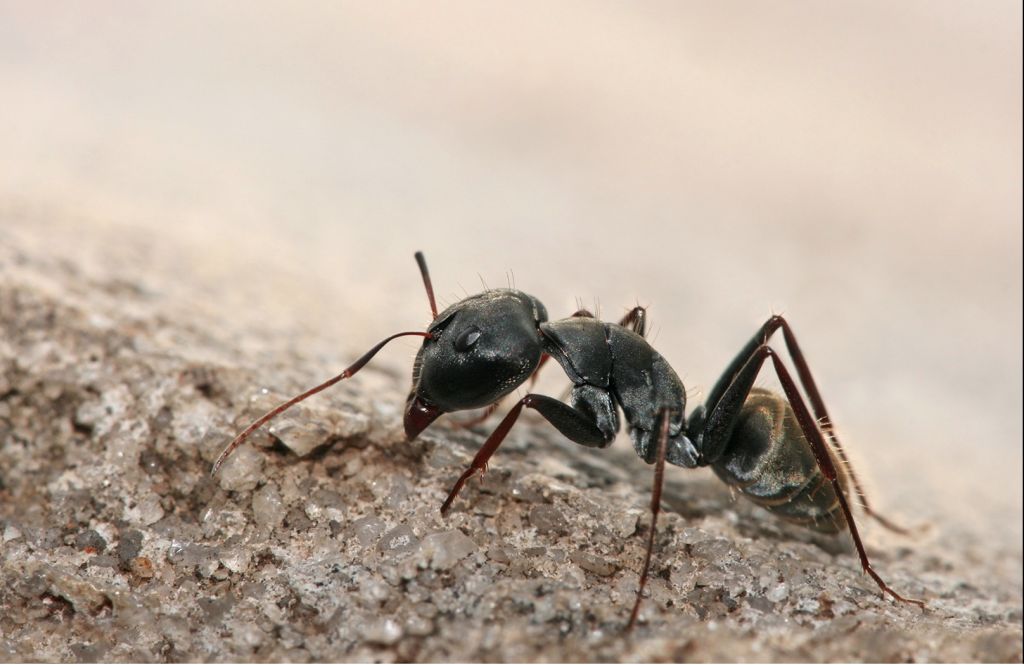 The pavement ants are small ordinary insects. They are found all over Europe. Also, some of them are pests native to North America. The name of these creatures represents their habitat. These insects, like various others, live and spend their life in colonies.

The pavement ants are usually light brown in color, though it varies from dark brown to black. The interesting thing about their color is that it is lighter on limbs as compared to the rest of their bodies. The size of a pavement ant ranges from 2.5-3mm in length. They have a pattern of parallel lines on their bodies more probably on the head and thorax. Also, they have antennae which are 12-segmented and a club with three segmentations.

The name of these ants reflects their habitat. Yeah, that is right pavements. They live in the colonies and can be found in the different types of soils, ranging from sand to loam. These insects prefer to live in the areas that are less occupied and even in the soils which are minimally occupied by vegetation. 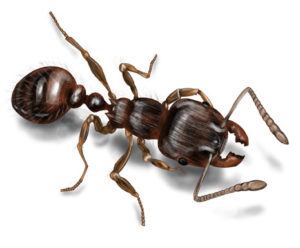 They usually live in the personal residences making their nests. These insects are very resilient in nature that they can readily re-colonize in the area where there has been an intensive human activity like construction. Pavement ants make their nests in the walls, under the floors, in cracks of sidewalks, etc. they pile the dirt around their nests making a heap giving a look of their pavement.

The pavement ants have a very broad distribution all over the world. Originated from Europe, they are found in Greece, Turkey, Germany, Spain, and other different countries.

The pavement ants live in large colonies that have thousands of these insects in a colony. Their behavior is somehow similar to humans that in every colony there are different castes of ants. Some of them are queens some are workers etc. Ever caste has its assigned tasks for which they are responsible.

Pavement ants are very forager in nature that while traveling the distance from their nest to the food source, they can calculate direct path back to their nests very efficiently. These insects feed on a variety of different foods which includes grass, meat, other dead insects, seeds, honeydew, sweets, and bread, etc. They can almost eat many foods that people consumes. They have a fascinating way of foraging for food. The worker ants mostly make a queue from the food source to their pavements and take food in maintaining their discipline. It is very irritating and annoying when a large no of worker ants infest your place. If you try to disturb their activity, they can also bite and sting.

You would have heard even seen people and other animals fighting, but have you have heard about the ant battles? It is fascinating knowing that how such little insects can fight. The pavement ants are very possessive about their territories. Most of the fight is between the different colonies when they are trying to set their boundary of pavement. The ant workers of the both colonies are opposite to each other fighting for their motherland.

There can be a one or more queens of a colony that is responsible for laying eggs and increasing the population of the territory. In starting there is only one queen but as the community grows, there can be few other also. The reproduction often occurs in June and July when winged females and males mate. After mating, the expected ants leave the colony in search of a new area where they form their colony and become the queen. The adult worker ants are in the world after 40-60 days of fertilization of an egg. 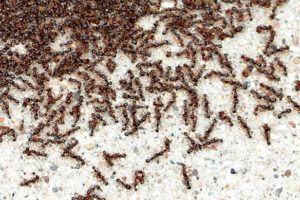 Although the pavements ants are very tiny and not dangerous, still they cause other damage. They are not harmful to humans medically other than stinging and biting.

1. A Nuisance to Area Residents

When we see 34 ants crawling in homes, we just ignore them thinking that it is not a big deal. However, when a large number of these insects barges into your home and reside at one location, then it can be very frustrating and annoying. Seeing these creatures in greater number will give you very annoying feeling. Don’t know about others, but I am surely not a fan of them and seeing them at my place makes me feel as if they are going to attack me.

2. Contaminate and Ruin a Variety of Pantry Staples

The pavement ants reside at our places due to the food. When a colony of ant is living at your home there, the primary purpose is to get the food. Since they can consume every type of diet that humans eat so, they can damage the pantry staples. Not only the stored food, but they also contaminate your cooked food. All of us are very familiar that what happens when we left the piece of bread of some snacks on a shelf in the kitchen at night. In the morning you will find your shelf and food covered with these nuisance insects.

If one colony of pavements ants is present at your area, then there will be other colonies as well may be at another corner of your room or lawn, etc. Nothing can be more disgusting than the place that is infested with ants. Whether there is food or not, you will find them crawling creepily in queues on the floors and walls of your rooms. The can even get onto your bed and disturb your sleep.

4. Why Do they Invade your Home, are they Dangerous to Human?

Like humans, the ants also need some place to live their life securely and food to survive. What can be more welcoming than the people’s home where there will have very fewer threats to their life and will have great opportunities of getting the diet? They are neither the dangerous insects nor a threat to your health. However, they can damage your food and infest your homes. They only sting and bite that can cause itching. 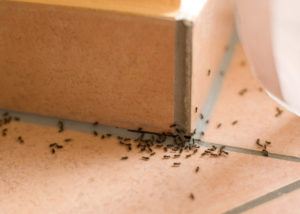 Getting rid of these ants is important for you as you do not want to keep scratching your skin in case of any sting and above all spoiling the eatables. There are some natural ways by following which one can easily get rid of these insects. However, there some chemical pest control ways as well.

The natural pest solutions are the methods by which you can get rid of ants without using any chemicals. These methods are beneficial for you if you have small kids at your home since using chemicals is not a good choice in that case.

One of the most natural ways of getting rid of these ants is by pouring the boiling water on the nests of these ants. That will kill the ants and destroy their nest. It will prevent them from recolonizing at that place.

Baiting is the most common way that has been used for ages. All you have to do is just attract these insects and then kill them. Place few drops of honey on paper and put in near the ants’ nest. Once the insects gather around the bait, put that paper under water or pour insect killer above them.

Food grade Diatomaceous earth is a powder that is safe to use when you have kids or pets in your home. It is natural ant repellent that keeps away the insects from invading your food or place. Sprinkle the powder along the walls and near the ants’ nests. You can also make the paste and apply on the cracks, edges, window sills or any other openings from where the ant may enter to your home or build their nests. 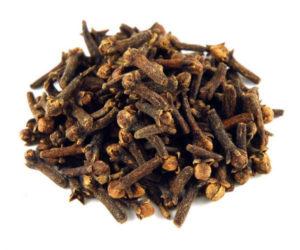 Placing the whole cloves and bay leaves will prevent the pavements ants from infesting your home. Their strong smells not only keep these creatures away but other insects as well.

The coffee has a very strong smell that repels the ants and other tiny insects from entering the place. You can sprinkle them on your lawn to keep the pavement ants away.

The insects usually invade the places that have poor hygienic conditions. To prevent the ants, you must practice the good hygiene.

8. Seal and Put Away All Food

Uncovered food attracts the ants and other insects. When you put away the food make sure you cover everything properly so that no ant have access to it. Also, clean the shelves so that there are no traces of food left behind and wash the used plates.

The other ways to control the ants’ infestation is by using a best outdoor ant spray. There are multiple insect killing chemicals available in the market. TERRO T100-12 Liquid Ant Killer, TERRO T300 Liquid Ant Baits, and Maxforce FC Ant Killer Bait Gel are the active chemicals that you can use. If you have no idea about their use, then it is preferred to take expert help.

The pavement ants are tiny insects. They live inside and around the homes surviving on the human diet. Though they are not harmful, they just sting, and that too is not painful. However, they are a serious threat to your food pantries and edibles. However, they can be controlled and prevented using some natural and chemical pest control methods.