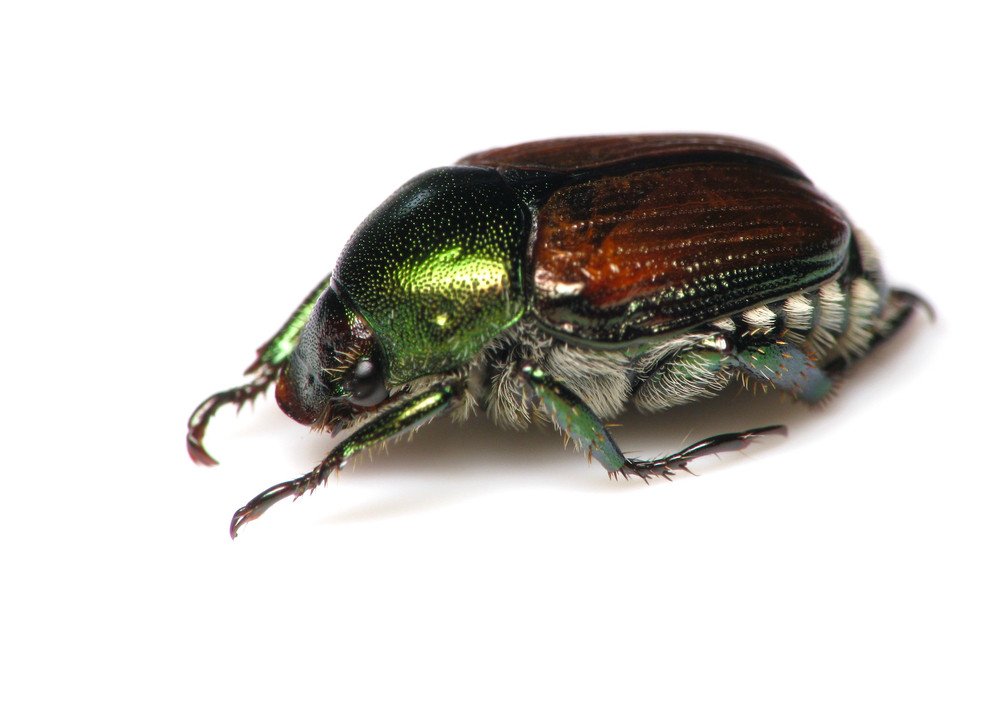 The scientific name of Japanese beetles is ‘Popillia Japonica.’ It is 0.6 inches in length and 0.4 inches in width. These are small insects that serve as a great threat to our plants. They got their name since they got their origin from Japan. It affects about two hundred plants species including grapes, rose bushes, canna, linden trees and birch trees.

Beetles eat a large variety of crops and flowers. They eat up leaves in such a way that their skeleton remains only, make them look like ‘skeleton.’  The life cycle of Japanese beetles is forty days.

These beetles prefer warm and sunny days. They are most active from ends days of June, throughout the month of August and some days of September. After that, they start to die due to climate change.

Methods to get rid of Japanese beetles

The various physical methods that can be used for beetles control are: 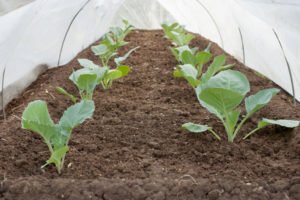 Row covers: keep your plants covered during the beetles feeding period that range from six to eight weeks.

Hand pick: An effective way to get rid of beetles is pick them by hands. It takes a lot more time, but it is helpful. Once they get picked up, put these beetles in some drops of liquid detergents that do not let them stay alive.

Drop cloth: Another method is to use a drop cloth. In early mornings when beetles are most active; put it down, shake it off and then dump up those beetles in soapy water. The beetles will get drowned in it.

Traps: This method can also be used. Chemical substances like eugenol, aromatic chemicals, and geraniol are used to attract the beetles. This has a disadvantage that it attracts a lot more amount of beetles that is even not already there. So make sure you are using this method quite at a distance from your precious plants.

On roses:  Beetles are very much attracted towards rose plants. If the large numbers of beetles have attacked your rose plants, this can be handled by Try nipping the buds and then spray on its bushes. This will protect the leaves. Allow your bushes to bloom only when you notice that beetles have become less in numbers. 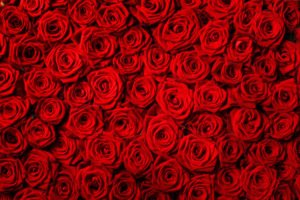 There is a list of insecticides that you can use for controlling the beetles and protecting your plants. Some of the chemical compositions that can be used for this purpose are:

Imidacloprid: You must start using it from the start of July. The benefit of using imidacloprid is its minimal damage to mammalian species and fishes.

Trichlorfon: It is a rapid-acting chemical solution. It cannot work in alkaline water or soil with a high ph. It is better used as a rescue therapy when the plants have already suffered some form of damage. It will be broken down into its chemical constituents within thirty minutes in a ph of nine.

Halofenozide: Start using it from the start of July and continue throughout August. This formula is similar to a hormone present in these beetles. Therefore it is best applied when beetles are laying eggs.

Chlorpyrifos: This is another option for adult beetles. It is mostly reserved for use in places such as nurseries and golf courses.

3. Home based remedies for Japanese beetles

There is a list of simple procedures that you can apply. These are easy, readily available materials present in our homes. They also have a potent effect on controlling beetles population. 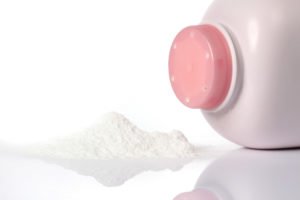 Baby powder: The basic idea behind using the baby powder to make your plants look unattractive for beetles. Buy any cheap baby powder and sprinkle on your plants.

Garlic powder: Make a mixture of garlic powder and baby oil. You will have to use two tablespoons of baby powder per oil bottle. Spray this on plants. This acts on the same principle by altering the smell and taste to repel the beetles.

Apple cedar vinegar: Take apple cedar vinegar and water. Mix equal parts of both of these in a bucket. Start knocking off the beetles and let them fall in this solution you made. They will die.

Cayenne pepper: Take cayenne pepper and mix it with water. Add a little soap as well. Now apply this mixture on your plants to keep off the beetles. Hot pepper sauce can also be used.

Vacuum cleaner: You can also use a vacuum cleaner to suck up the beetles that have already attacked your plants. 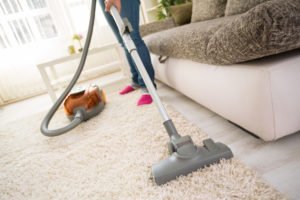 Soapy water: This can be used alone or with other things like cayenne pepper. It acts to kill the beetles.

Fruit cocktail: This is another useful method. Open up its can; place it in sunlight for about one week to let it get fermented. Take a pail, fill it up with water. Place bricks to reach up to height. Put the can in the pail. The beetles are very much attracted to the sweet smell. They will fall in the water. They will drown in it.

Homemade insecticide: Use a proper set of insecticides for your plants. Since they have their damaging effects on plants, you can make your insecticide also. Take one teaspoon of dishwashing detergent. Take a cup of vegetable oil. Mix both of these and shake well. Now add quarter part water. Take rubbing alcohol, 1 cup. Add this to your above mixture and shake properly. It will turn into an emulsification.  Now put this solution into your spray bottle. It is ready to be used now. Take precaution as it has a damaging effect on plants.

You will have to spray your plants in the morning when the temperature is above 90 degrees Fahrenheit.

Neem oil sprays: They contain mixtures of potassium bicarbonate. When the adult beetle gets to ingest that chemical, it passes to their eggs as well. It causes their eggs to die before the larva emerges out 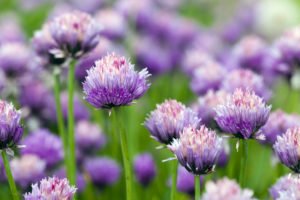 As the science has advanced, many natural or biological methods are now available for pest control. They have no damaging effect on our environment. Some of these methods that can be used for controlling beetles are:

Companion Plants: This is a very potent method to control beetles. Try to plant garlic plants and chives around your precious plants. Some other plants that can be used for this purpose are catnip, cloves, larkspur, rue, germanium, and tansy. It will keep away the beetles.

Germaniums: Beetles get attracted to germanium which is composed of a chemical substance.  When beetles eat the flowers, they become dizzy and fall.  Then you can quickly dispose of them. Plant ‘germanium’ near your most precious plants to keep away these beetles.

Milky spore disease: It is a disease caused by Bacillus papillae. It is a fungal disease. It is available with the name of milky spore or Japidemic Doom. These formulations are also used for beetle control. You can introduce this in your lawns.

1. Natural methods: A list of advantages and disadvantages is given

The Japanese beetle is a very common pest that is responsible for damaging our plants. It is the most common problem faced by our agriculturists. Therefore, its effective control is mandatory. There are many methods that can be applied to control these pests. These methods can be classified into further categories: Physical methods, chemical methods, biological methods and natural methods which include our commonly used home remedies. Effective control is necessary for the health of our plants. So these methods should be appropriately utilized for the robust and booming growth of our plants.