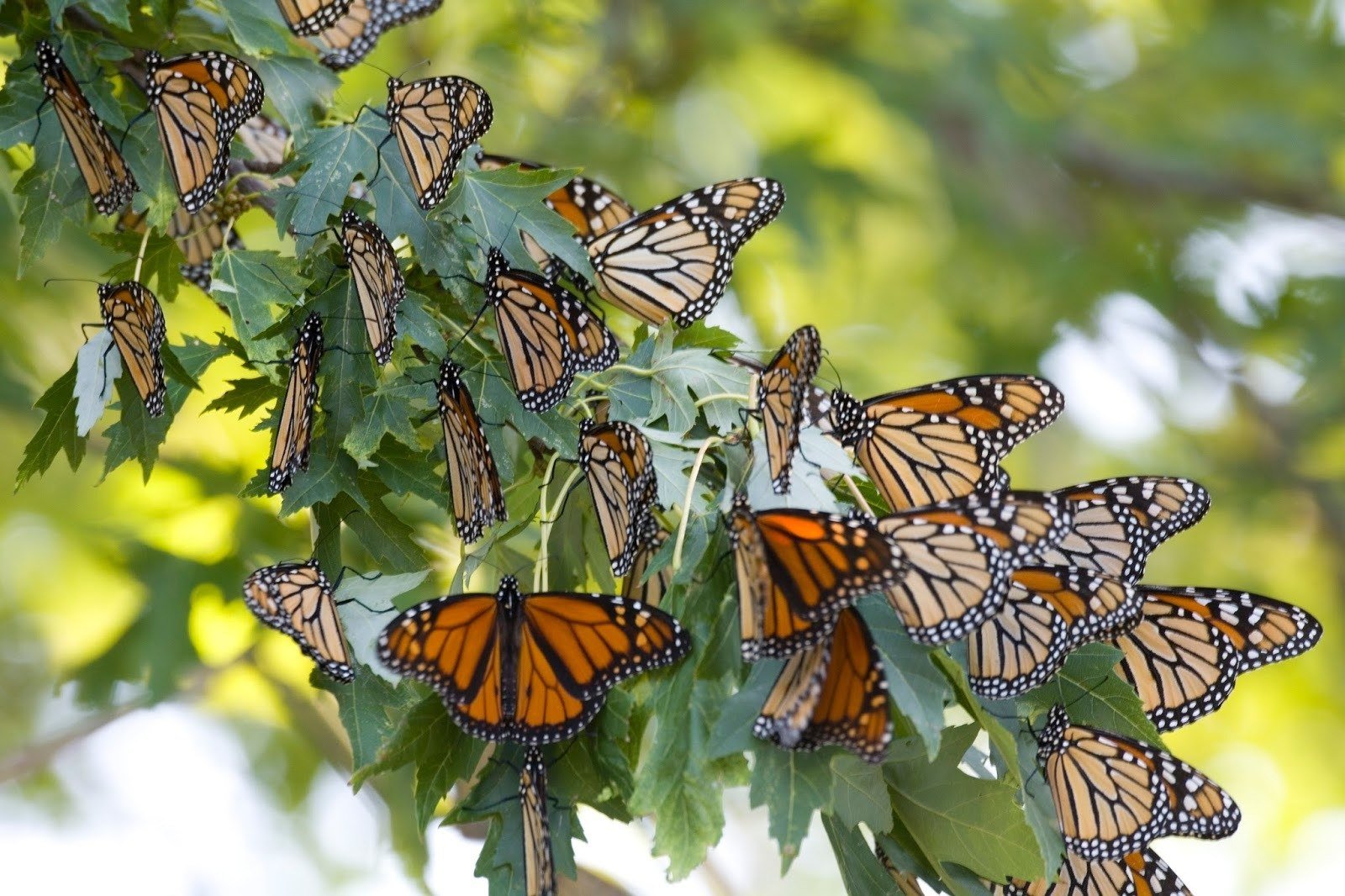 Butterflies and moths always confuse us, and it is tough to differentiate the two even if we compare butterfly vs moth in front of each other. Many of the things in their bodies are same in appearance, and therefore they look same. The most common thing in both of these is the scales on their body and the wings. According to researchers, the scales on the body of butterfly and moths are actually hairs in a modified version. Both butterflies and moths belong to same order which is Lepidoptera which is a Greek word and meaning is scales on wings. But as the scales lie on the body of both butterfly and moth, it is not a way to differentiate the two. Even the life cycle of butterflies and moths is same, and there is very little difference in that. Here are some things that can help you know the difference between a butterfly and moth so that next time you see any of these, you can apparently find the right name.

Wings of butterflies vs moths

Butterflies are usually larger in size than moths, and another different thing is the colour of patterns. Patterns on the wings of the butterfly are more colourful and larger than that of moths. Also, not only the size of moth is smaller, but the patterns on their wings are mostly drab coloured. The frenulum is a wing coupling device, and only moths have this device, and it is not found in butterflies. During the fight, moths make us of frenulum to join their forewing to their hind wing, so that the wings can work in unison and the fight can be made more effective. Butterflies do not have anything like frenulum, and so, they can't join their wings like moths. But this is not a difference that you can easily find in moths and butterflies because you can rarely see them fighting. Behaviour difference is a fascinating thing you can find about moths and butterflies, and you can easily relate to this with your experiences if you can distinguish between the two in your real life. There are two types of behaviour generally seen- diurnal are the ones that fly in the night and nocturnal that fly in the night. Most of the butterflies fly in the daytime, and that's why they are diurnal, but some of them fly in the night too. In case of moths as contrary to butterflies most of them are nocturnal, and they fly at the night time, but some exceptions also fly in the daytime. So, if you see some colourful butterfly like structure flying in the daytime, then it must be a butterfly for sure, and something boring and dull under the streetlight must be a moth. Urania leilus from Peru is a moth that flies in the daytime and looks like a butterfly, and this is what makes the differences between these two species blurred.

Chrysalis vs Cocoons or Butterfly vs moths The lifecycle of butterflies and moths also put a difference in these two very similar species. An intermediate stage between larva and adult is pupa. It is the growth process of both butterfly and moth, and the difference here is between the protective covering of the two. Both chrysalides and cocoons are coverings to protect pupa, and the difference is that butterflies are known to make chrysalides and moths are on the other hand known to make cocoons. Cocoon is smooth, and it is covered in a silk covering while chrysalis is hard but smooth and it doesn't need any silk covering.

As soon as researchers are expanding their research in different places, the difference line between the species is becoming even more unclear. There are many moths out in several places that have all the properties of butterflies including clubbed antennae, bright colours, and the daytime flying is most common. Some butterflies do behave life moths, but here the number is quite low. The comparison of butterflies vs moths thus don’t have clear definition or boundaries to make everyone understand. Only the basic generalised thing that we are keeping in mind for years can help us differentiate most of the species which is bright colours of butterflies and boring colours of moths.

Facts about butterflies and moths Even if we can't differentiate between the two species we can always learn some interesting things to feed our knowledge zone. There are some facts that more interesting than butterflies vs moths line up. Below are some really knowledgeable and fun facts about the species. These are not all facts about moths, many more do exist, but you can say these are the most interesting ones. There is no limit to knowledge, and here also you can find a lot of more facts. Both the butterflies and moths are present in a large number of species and scientists are finding more regularly. Well, after reading the article, you won’t say moths are boring because now you know that colourful moths do exist and they are as beautiful as butterflies are.