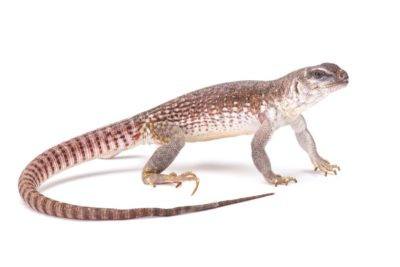 One of the most common lizards found in the deserts of Mojave and Sonoran deserts in northwestern Mexico and the southwestern United States are the Desert Iguanas. They make an appearance on the different islands of Gulf of California as well. Desert Iguanas are easy to distinguish due to their gray and tan colors. These creatures tend to live from 8 to 10 years. They prefer to live in the wilderness and nearby rocky hillsides areas.

These rigid lizards have a blunt head and reach up to a size of 24 inches including its long tail. They vary in colors from cream to grey-tan. They also have reddish-brown reticulations. These patterns appear on their backs and sides. On their backs in the center, a row of tiny giant dorsal scales and continue to increase in size as you move down the body. These patterns are joined by brown netlike pattern near the back legs, and the patterns turn into stripes. The tails of Desert Iguanas are usually one and a half times longer than the body of the lizard from snout to vent. Males have a brown spot at the end of their tales which are not present in females. The bellies of Desert Iguanas are quite pale in color, and the sides become pinkish in color during the breeding season. Desert Iguanas have the ability to change colors to regulate their body temperatures. By the earlier part of the afternoon, they turn completely white so that sunlight can be reflected from their body. 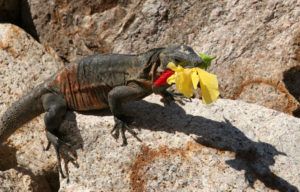 Like other species, Desert Iguanas are herbivorous and like to eat fruits, buds, and different types of leaves, fecal pellets as well as perennial plants. Desert Iguanas find small yellow flowers very attractive and these flowers are their favorite food item. These yellow flowers are accessible in the creosote bush. Prickly Pear Cactus is also among their favorite food as these cacti are available in the vicinity of the creosote bush. These creatures tend to eat insects on a few occasions to establish proper gut fauna. However, vegetarian diet comprises 90% of their overall diets. They like to eat seasonal plants as well. In the spring season, they go for yellow colored creosote bush flowers. Moreover, they like to eat Alfalfa leaves. Desert Iguanas also eat feces of other herbivores, and on an occasional basis, they like to eat mealworms and crickets. Captive Desert Iguanas like to eat dandelion flowers.

These lizards prefer to live in the range of creosote bush which is mainly dry and sandy desert regions and scrublands. Some of the rocky streambeds are also home to these iguanas. These lizards live in the areas of tropical deciduous forests, arid subtropical scrubs. Desert Iguanas are tough and stands hotter temperatures as compared to other desert dwellers. You can easily find one out in the open sun when other lizards have retreated into their burrows. They have the habit of building large tunnels so that if they are under threat, they can easily scamper in no time. They build burrows in the sand under the creosote bushes. Desert Iguanas also use the burrows of desert tortoises and kit foxes. The predators of Desert Iguanas, as well as their eggs, are rats, foxes, weasels, and snakes. 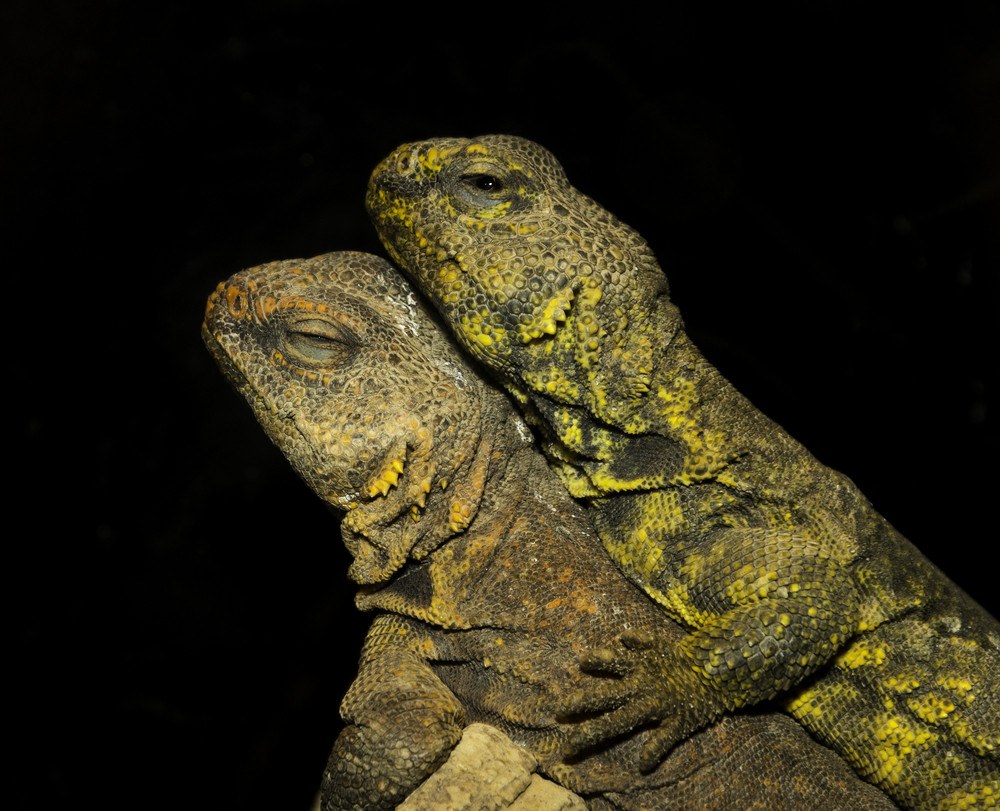 Desert Iguanas usually mate during the early spring season. On an annual basis, single female Desert Iguana lays only one clutch of eggs. Each clutch has 3 to 8 eggs in it. Usually, the hatchlings appear after 6 to 7 months. As Desert Iguanas are polygynous, they tend to mate in relatively cooler habitat which is offered by the creosote bushes. These bushes prove to be a major food source for these lizards in addition to a colder shelter. Desert Iguanas are extremely territorial about the females, and they usually mark their territories to gain access to more females for mating. The mating continues in the summer after initiation in early spring. The mating season peaks in May and June and eggs are laid in the later part of summers. The females usually lay eggs in the burrows and cover them with soil. These creatures reach sexual maturity when they are about 31 to 33 months old. Desert Iguanas only breed once a year. If the conditions are favorable, they may breed again.

The Desert Iguanas are tolerant diurnal lizards and are most active in the midday as they are very tolerant to extreme temperatures. Desert Iguanas have the ability to survive in 46°C. As they are active in the midday during summer, it serves to be an effective strategy to avoid predators as well. These animals are extremely alert of their surroundings. When they walk or run, they carry their bodies above the ground; this gives them the ability to move very quickly. The speedy lizard flees from predators in a jiffy. During the cold season, they go for hibernation in their burrows and are extremely aggressive and territorial. In male Desert Iguanas, the aggressive behaviors are displayed by push-ups. Males establish their territories around the bushes while females mark their home ranges. They draw marks with a fluorescent substance that is found in their femoral pores. As a defense tactic, they have the ability to inflate their bodies, which makes them appear twice their actual size. They do this when fleeing is not possible. And like all other iguanas, these lizards also have the ability to lose their tail to avoid danger.

These creatures begin their hibernation which is also known as brumation, in the later part of October and this hibernation continues throughout the winter season. The hibernating lizards can burrow anywhere ranging from a few inches to over 2 feet under the ground. As compared to the adult Desert Iguanas, young Desert Iguanas go for shallower tunnels. The hibernation ends in the month of March. Many keepers of Desert Iguanas have mentioned that when these lizards come out of hibernation, they do feed on crickets a lot. This behavior does not make them omnivorous because after hibernation they need a quick burst of energy and for this, they rely on animal matter. The effects or benefits of hibernation are still unknown to man as it can be helpful for the lizard to avoid certain diseases or it can also be useful for triggering some hormonal changes as well. 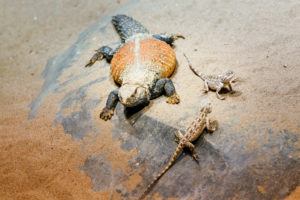 Due to their vigorous and rigid traits, Desert Iguanas tend to be good pets. They fed with a lot of greens, especially from the creosote bushes. They also love to eat dandelion, and after hibernation, they prefer mealworms and crickets before going back to their herbivores lifestyle. In captivity, their enclosure must be over four-time of their body size and twice as high in size. The enclosure must also have a pool of water where the creature can soak its body. While in captivity, the keepers must remain careful of the fact that they have a very painful bit. However, any aggressive signs must be taken seriously to avoid any inconveniences. At times, these lizards tend to walk on the wrists instead of toes. There is some calcium deficiency in them, and they must be fed with food powdered with calcium and vitamin D.