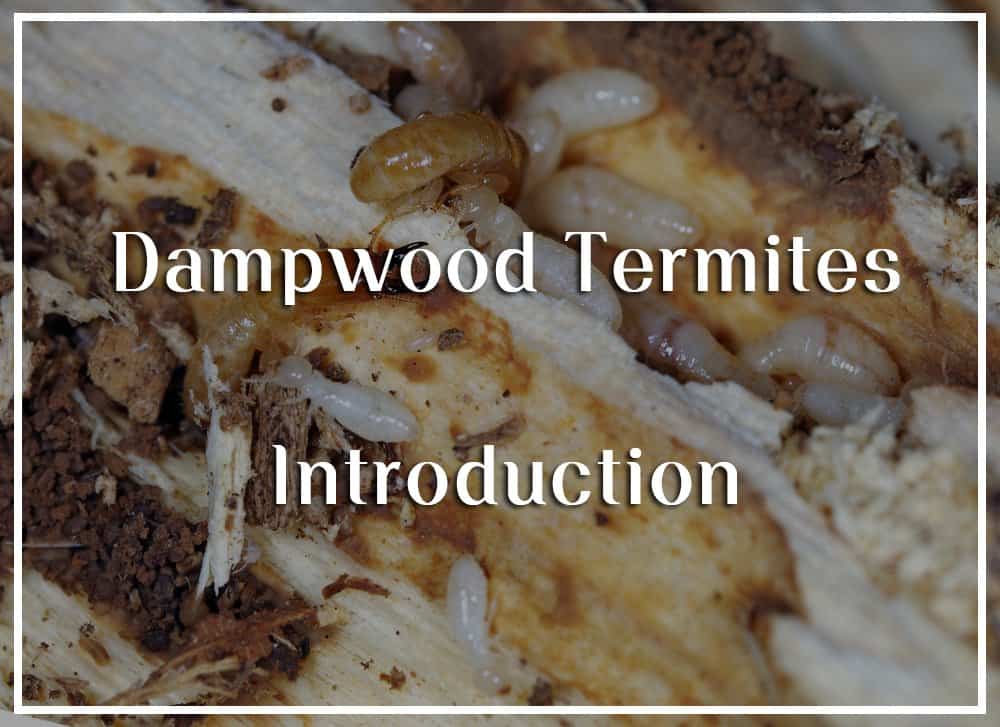 Dampwood termites as their name suggest are supposed to live on woods that are damp and moist in nature. They usually tend to build their colonies in decaying wood, and they do not nest in the soil like the other termites.

Dampwood termites are mostly found in the US and are considered to be the largest termite species though their colonies are supposed to be the smallest. They are brown colored termites, and the color may vary in terms of dark and light brown.

They have cream colored nymphs and can be reddish in color towards their abdominal side. They need moisture for their survival and are supposed to live in areas where there is high humidity. 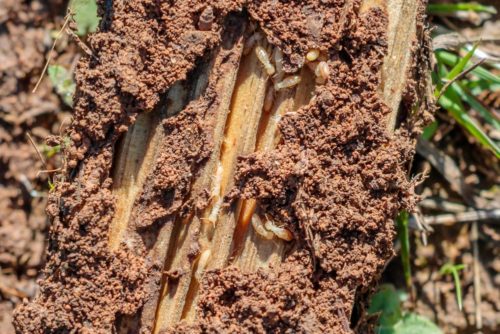 Termites are believed to exist in about 2600 species around the globe. Termites are also considered to be in close relation with cockroaches though many may not believe this dampwood termite fact as they resemble the family of ants.

These dampwood termites can pose real dangers to your wooden assets and when it comes to studying them closely, the phrase that “they can eat you out of house and home” suits well.

They can really prove to be destructive if they happen to occupy space in the woods. They are considered to be munching machines and needs to be taken very seriously if you find dampwood termite infestation in your place.

It may be surprising for you to know that these dampwood termites are important for the ecological system as they break plant matter and wood and help in returning the nutrients to the soil.

These dampwood termites possess mandibles, or you can call it pincers and they have big heads. They nest in decaying and rotting wood, and they feed and live in places where they can find damp and moist food. For these termites the motto is “where there is home, there is food” as they can live and feed on the same thing.

They are usually of size 20mm, and they are responsible for protecting the colonies. Their backs are red colored, and their stomach have a beige color tone.

These dampwood termites have wings and are sometimes also known as winged termites, and their size is about 25mm long. The swarming of dampwood termites can take place in any part of the year, but it mostly occurs between the months of August and October.

These termites are also 20mm long, and they live in colonies. 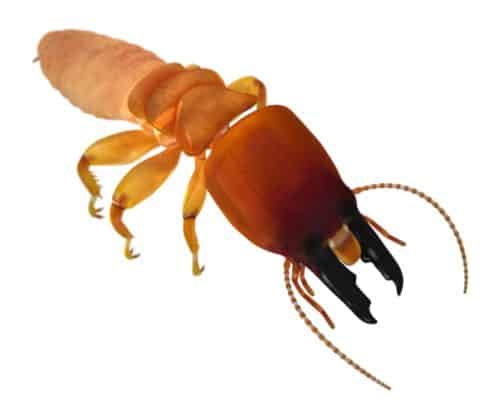 Talking about the species basically there are three main species of dampwood:

Florida dampwood termites are usually found in coastal regions of Florida and nest in damp places. They mainly occupy subtropical woodlands, mangrove forests and can also be found in the coastal urban areas.

These termites tend to cover the entries of their galleries with their fecal matter and do not construct mud tubes as other termites do. Their colonies consist of the King, Queen and Alates

They can also exist in places where the altitude is 6000ft above sea level. For these termites, it is not necessary to be in contact with the soil at all times, but they only need damp, wet and soggy wood. These termites prefer to live in small colonies, and their colonies usually lie deep inside the woods. The wet and soggy wood can act as a shield and safeguard them from the dry conditions.

These Pacific dampwood termites can feed on all type of wood, but again their preference lies in timber wood. These species can mostly be found to occupy space in wooden structures such as beach houses, boat houses, docks, boats, piers, etc.

If you are a bit skeptical about if these dampwood termites are actually there, then you can simply poke the suspected place with a finger, and you will feel spongy, mushy and soggy wood. If you happen to witness such a sight, then surely the wood is infested by dampwood termites.

These dampwood termites are found to inhibit the Nevada, California, Oregon, Washington and Idaho regions. They prefer dry climate but can also survive in moist conditions. They are also known as rotten wood termites and can attack wooden structures such as pilings, downspouts, fence posts, etc.

The Nevada dampwood swarmers are dark brown in color and are the ones with the wings. The soldiers of this species possess long flat heads and straight sides with large abdomens and are light brown in color. The nymphs have a cream colored appearance and have a spot on their abdomen.

Where Can You Find Dampwood Termites?

Any sort of wood that remains immersed in water such as a boat, ship, etc. or other wooden structures that are damaged by water are sure to attract dampwood to come and occupy it for their residence.

These dampwood termites are more likely to occupy lumber, fallen logs, stumps, etc. and they are always drawn towards wooden chunks or branches that have fallen off and are prone to become damp and moist.

Dampwood termites can cause weakening of wooden structures by hollowing them out from the inside. May it be your home or any other assets these dampwood termites have all the power and might to hollow then from the core. This can result in huge losses and can cost a considerable sum talking in terms of repairs and maintenance.

Dampwood termites continue their wood hollowing task in such a secretive and silent manner that the owners cannot even spot such a kind of thing happening in their house until and unless the activity becomes severe. Their wood eating activity is challenging to detect till the signs show up in the extremities.

Floors, support beams, wall studs, roof supports, attics, foundation are few structural components that can be be prone to dampwood termite damage. The worst part of the story is that these damages done by the termites may go undetected until some visible signs show up.

Studies reveal that these termites can cause about 1 to 2 dollars billion damage and the sad reality is that most of the damage is not even covered under insurance.

To hide themselves these dampwood termites cover the entry holes of their path with their own feces rather than constructing mud tubes like other termites.

If the infested wood turns out to be dry, then there are chances of the fecal pellets falling off from the openings, and if the wood is moist, then it remains stuck to the gallery openings.  The infested wood looks clean and smooth, and it is tough to trace any such dampwood activity going on.

The wood that is infested with dampwood termites contains high moisture and thus can also be damaged by other fungi. They can be the reason for decaying wood and add on to the moisture content of your home. If dampwood termites have infested your house, then you can also happen to find their fecal pellets and shed wings.

Dampwood termites can really hamper your wooden assets and thus can be a reason for draining out some hard earned money for the maintenance and repairs. So if you are looking out for ways to prevent dampwood infestation, then here are a few of them:

Moisture is the reason for these dampwood termites to nest in the woods; thus it is mandatory to prevent moisture creeping in your home. Moisture can be critical and can be an invitation card for these pests. So make sure that you keep a check on plumbing issues, leaking roofs, any wood in contact with water or similar such things to avoid the entry of dampwood termites to your home.

Once you safeguard your home against moisture, make sure that you replace the damaged wood. The replacement is necessary because the damage woods can further be a cause for dampwood termite infestation. Thus make sure that you are evacuating any kind of rotten and decaying wood off your property.

Proper ventilation is also necessary for your house to receive enough amount of sunlight and warmth. Proper ventilation can help in kicking off the excess moisture and keep your wooden assets in good condition.

4. Call for the professionals

This option is always a smart decision that one can make to leave all your worries and sufferings on the professionals. The professionals are well equipped with tools and treatment methods that can help you drive off these pests from your home. The professionals can come out with tailored plans to excavate the dampwood termites sharing your space.

So make sure you keep a check on the dampness of your home, or you are sure to have some uninvited guests.