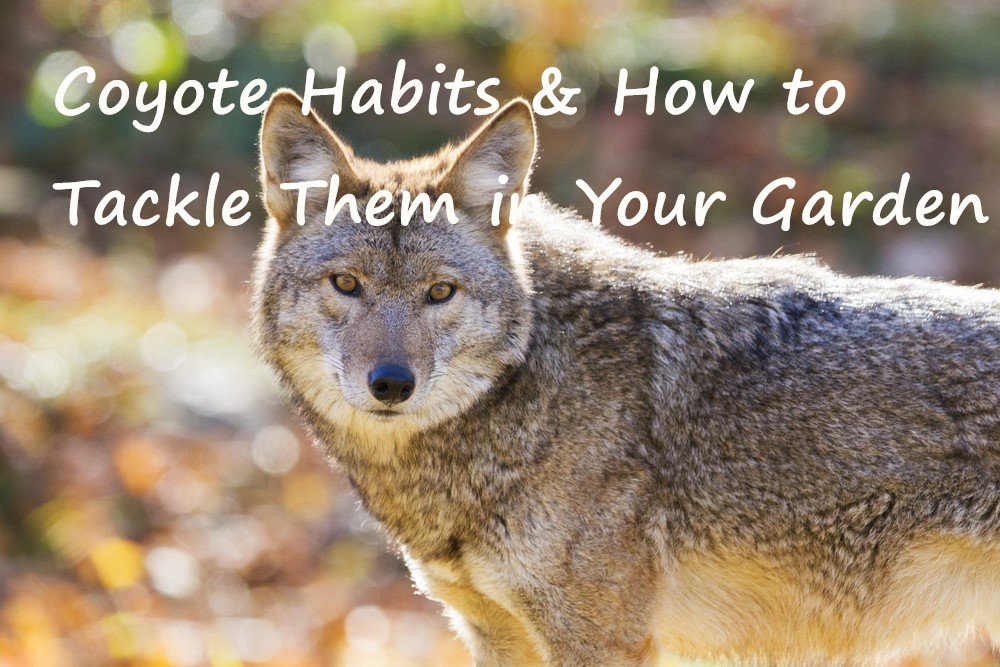 Coyote and wolves look similar in appearance and body color, but possess different charactertistics. This former animal is found in Eastern parts of the country and is witnessed in different colors, including light brown, red and gray. The size of this animal would be in the size of the famous dog breed, i.e., German Sheppard.

This animal is two feet tall and four feet long. The weight of this animal is between 20 to 55 pounds. Coming to its appearance, it has long ears, sharp face and a black-tipped tail pointed towards the ground. You can identify the aggressiveness of this animal by taking a look at its tail. When its tail is horizontal, it signifies that the animal is fuming. With its thick fur, it looks larger than its actual size. Due to its confusing appearance, many assume it to be a fox over a coyote. However, three key traits will help you identify coyote. The first trait is that coyotes keep the tail pointed towards the ground. The second trait is that foxes have a different color on their legs and the rest of the body, whereas coyotes have the same color throughout the body. The exciting thing to which you need to pay attention is its tail. The tail color of coyote is black tipped.

The sounds made by this animal are horrifying and are easily identified in urban and rural areas. The howling sound made by coyote sounds like a demon weep. It is intimidating to listen to the voice of coyotes during night times. It uses vocalization to communicate with its peers. Moreover, the vocalization differs from one coyote to another and howling is the way used by this animal to communicate. The howling sound differs from male to female coyotes. These animals yelp, yip, bicker, and fight. If coyote bark, then you need to be very careful since this sound means that you need to stay back from them. When the communication between an adult and a baby coyote is happening, it comes with a huffing sound. If the vocalization of the coyote is calm and quiet, then it is a baby coyote.

Coyotes would prey on anything and would wait patiently for the right opportunity to hunt. Coyotes eat fruits, vegetables, livestock and also feed on garbage. These animals will attack small pets and make them as their easy prey. To eliminate these pests, you would need to fence your yards.

Habits and Facts About Coyotes

Not many people are aware of the facts of a coyote. These small and beautiful species have the ability to take advantage of any situation. Few of the interesting facts that you need to know about this animal include:

What do Coyotes Eat? What to Do When You Encounter Coyote in the Garden?

In the recent times, coyotes have started joining urban life. The population of this animal is increasing in urban and suburban areas. However, when you witness this wolf-like creature, you should not get panic. These animals are mostly spotted on the roads and other urban areas during spring and summer season. In summer, they go on hunting for food. You can see them walking on the streets or in your backyard or garden. These animals prey on rodents. However, there are chances of eating your pets like cats and dogs when they see them. You can take a relieving breath that they rarely attack humans. Few of the tips you can take to stay away from coyote attacks include: If you are taking your dog out for walking, you should have a whistle or other noise-making tools with you. Coyotes would get panicked by hearing the loud noises. There are other tools that you can carry with you. These include pepper sprays, air horns, and squirt guns.

You need to empty the garbage cans from time to time and make sure to keep the garden area clean and neat. You should not leave any kind of food in the garden since this attracts cats and birds. When coyote spots cats or other animals in your garden, it would jump into your garden and attack those animals. It is also recommended to have fencing around the garden, especially when you have pets in your home. You also need to have blinking holiday lights to scare this animal. Coyotes do not like to maintain contact with humans. However, with the slow extinction of this species, they are entering into the human world. These unwanted guests are found in the garden areas of the homes. These animals feed on juicy fruits and vegetables. On top of this, they also prey on rodents, dogs, and cats. You can keep them as pets to get rid of rodents. These are an important part of an ecosystem. Rather than getting intimidated by these animals, you can make use of them. However, when you see them coming into your garden space, you need to find ways to get rid of them. These shy creatures are sometimes dangerous. You can see the aggressive nature of these animals, especially while hunting for their prey and while protecting their babies.

These animals will attack cats, dogs, and young children. When they are attacking your pets or grazing in your garden, you should not kill them rather make noise to make them run away.