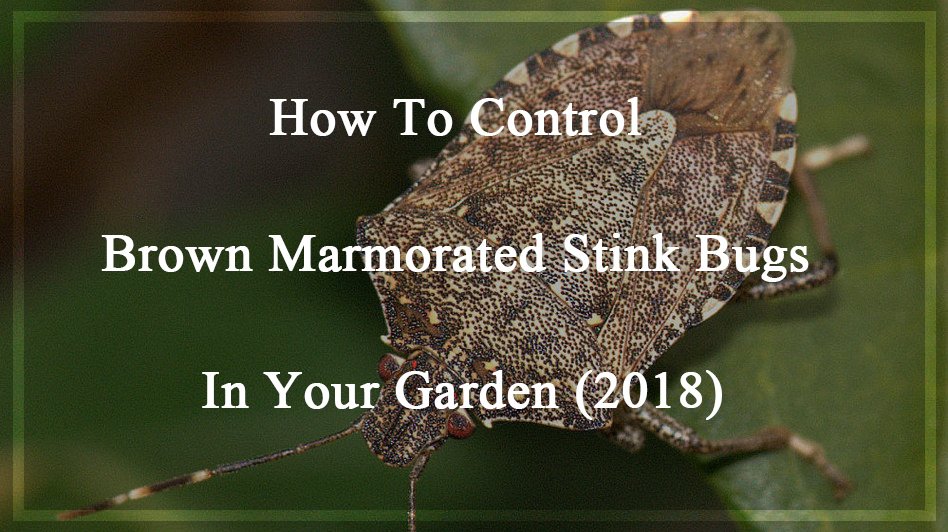 How To Control Brown Marmorated Stink Bugs In Your Garden

Brown Marmorated Stink Bugs are minuscule stink bugs which have accidentally been introduced to the environment of North America a couple of decades ago. Originally, the natives of the Korean peninsula, Japan, China, and Taiwan they have adapted exceptionally well to the new environment. But, this introduction of brown marmorated stink bugs in North America took a wrong turn when their population exploded. The rapid increase in the population of these creatures has become troublesome for the farmers as well as homeowners. Not only is their spread a major cause of damage to precious food crop every year, they hide in the vents, cracks, and crevices of the houses, warehouses, and office buildings for overwintering. This behaviour of theirs creates the nuisance for the owners. It is a considerably difficult task to keep them away from your garden. Then again, it is not impossible. Here, we will take you through some effective ways of garden control and how you can get rid of Brown Marmorated Stink bugs in your house.

Halyomorpha halys (Stål) or Brown Marmorated Stink Bug is a native of Japan, the Korean peninsula, Taiwan, and China. It is a characteristically shield-like stink bug which varies from 12-17mm in size. It is given the adjective ‘marmorated’ because of the presence of marble-like veined or variegated markings on its abdomen. These markings can be mottled brown, blueish, black, grey, or off-white in colour. They are flat insects which can enter the tiniest of cracks easily. Their stink glands are located in between their hind and front legs which enable them to emit an odour whenever they feel threatened by a predator. Apart from this defence mechanism, there is no other way in which brown marmorated stink bugs can harm their predators.

Brown marmorated stink bugs spread rapidly in the mid-Atlantic region even though they were accidentally introduced to the environment in a small number. This is because a female brown marmorated stink bug can lay up to 400-500 eggs in her lifetime. That makes these bugs capable enough to give birth to an entire generation annually.

Winters can be a very harsh season for brown marmorated stink bugs because they hide in the warmer places such as door frames, window sidings, and other openings in a house which are wide enough to fit them. They do so in order to keep themselves warm. They usually look for buildings such as warehouses, houses, condos, office spaces, and buildings with spaces for them to slide-in and overwinter. While overwintering, brown marmorated stink bugs are majorly inactive. It is only in the early spring, two to three weeks after emerging out from their hiding spots, that females become able to reproduce.

To attract their female counterparts towards themselves for reproduction, male brown marmorated stink bugs release pheromone and send out vibrational signals. Females reciprocate by sending out vibrational signals too, so that, both of them can find each other for mating. Females lay their eggs in tiny clusters of 25-30 eggs on the underside of a leaf or any such protected space. The nymphs can be identified by their bright colours. They undergo 5 nymphal stages from 2.4mm to 12 mm untill they grow into adults. It takes a nymph 35-45 days to grow into adults.

Brown mamorated stink bugs can mate several times in one season, depending upon how warm the climate of the region is. Females can lay their brood several times a year which can range up to 212-486 eggs by every female. No wonder, the population of these stink bugs is expanding so quickly.

Well, we know that this growing population of brown marmorated stink bugs is posing a dire threat to the farms in Japan, the Korean Peninsula, China, and the Mid-Atlantic region in the United States. They are responsible for the destruction of food crop including that of peaches, pepper, apples, sweet corn, soybeans, and many others annually and cause loss of millions of dollars to farmers every year.

The above agricultural threat is definitely something to be concerned about, but apart from that, brown marmorated stink bugs are causing nuisance in lives of the city dwellers too. They do so by infesting their houses, office spaces, apartments, and warehouses. They do so because they need warm spaces to survive the winters. They are certainly not harmful to the structure or cosmetic appearance of the landscape you live in. then again, they are stink bugs, therefore, whenever they sense a threat to their lives or are crushed under pressure, they emit a foul odour. Well, of all things, you do not want thousands of stink bugs hiding in your house. Yes, there are thousands of them in one place!

These thousands of bugs emerge out of their hiding spaces as the spring approaches. This is the time when you will actually realise the presence of the brown marmorated stink bugs in your house. Here’s how their presence can prove troublesome for you:

4. How to get rid of Brown marmorated bugs?

You do not want these pests to infest your house because they will lay more eggs in an around your house again, and this infestation will become an annual thing at your house. Therefore, here is how to get rid of brown marmorated bugs.

5. DIY Methods to get rid of brown marmorated stink bugs

Wondering how to keep brown marmorated stink bugs away by DIY methods? Well, here’s how you can save money on expert help and follow these quick hacks to get your curb and garden back to its glory:

Brown marmorated stink bugs are no less than a nightmare for landscaping and backyard gardening enthusiasts. They spoil their fruit trees, corn crops, and other ornamental plants and attract undesired pests into the garden. Though small damage to fruits is tolerable, when these bugs inflict in your garden in a large number, you better put your prevention game up front!