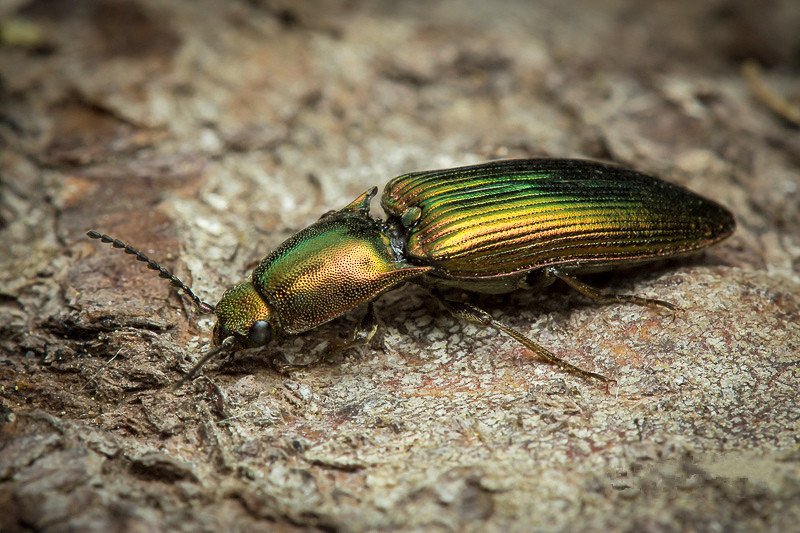 Click beetles are known for their clicking mechanism. Elateridae, Cerophytidae, Eucnemidae, and Plastoceridae are some identical families of beetles, and these typical click beetles belong to Elateridae family. Although the species of all these families are closely related, not all of them possess the clicking process. There are so many other terms used for click beetles such as snapping beetles, spring beetles, skipjack, and elaters. Around 9000 species are known all around the world. You may also see them in your house where they often come to seek shelter in cold weather. Moreover, you may require to remove them because of the damages they cause to your fields and gardens.

With the elongated and rectangular body, adult click beetles are brown or black in color and cover the length of only a half to one inch. Not all the species are dark, some have a colorful and glowing appearance too, such as tropical click beetles. You may see the type, having a dark body with yellow blotches. They bear a resemblance to mealworms but have relatively hard bodies. The first two sections of their segmented body are flexible. They can move these parts (head and front legs) without bringing any change to the rest of the body. They possess three pairs of short legs on their thorax segment. They snap by joining the spine with the corresponding notch on the abdominal segment and make a clicking sound when the spine is released, and the beetle is tossed in the air. This segment is bifid due to so-called caudal in the other types of beetles. The six-legged wireworm is often mixed with other creatures such as leather jacket grub of crane flies (having no legs) or geophilic centipede(having over a hundred legs).

What Do they Eat?

Click beetle as an adult likes to take the juices from the flowers, but leaves and pollens are also included in the diet. Insects like aphids often become the part of the food. Click beetle larvae, also known with the name wireworms, take small soil insects as their food. Along with insects, they also feed on roots and seeds. Their habit of feeding on the plants often lead to plant damage; hence they are considered as agricultural pests. Click beetle larvae can also be predators of other insects’ larvae.

Where Do they Live?

Being uncommon in the desserts and flooded areas, click beetles are present in almost every part of this world where they find abundant vegetation. The locations where they are mostly seen are decomposing woods, of the tree barks, damp places like in the moss and the soil. Therefore, fields can be their favorite place where they can eat all the crops and destroy them. Your house garden is one of the options too.

How are they Born?

The four development stages include egg, larva, pupa, and adult. After the process of mating, the females lay eggs under the soil. The reproduction process mostly takes place in summers. The next formation stage is larvae, hatched from the eggs. The click beetle larvae are long and shiny, and they lack wings. Larvae can take years to transform into the pupae. Pupae and adults are difficult to differentiate, but the click beetle as pupa is not very active. The pupae reach at the final stage after a few days.

How to Prevent them Making Annoying Clicking Sound

This is not rare that they are found in the houses. Although they are not that harmful in the houses the clicking sound they make can be annoying. The click beetles can live alone or in groups. If they are in groups that invaded you home, you are in real trouble because their sound collectively will not let you live in peace. The light sources in your house help them to take over, they make their way your home once you open the windows or doors because light is something they cannot overlook. If you do not want that continuous clicking sound around, take the necessary measures to prevent the click beetle entry in your house. You can do this by;

These insects are tricky and difficult to eradicate. The field owners can be in trouble because they just ruin the plants by eating not only the leaves and stems but also the roots. They can easily locate the roots or newly planted seeds from inside the soil. It is necessary to clear the soil before you plant the seeds because once your land is attacked, you may find it difficult to exterminate. These insects should be controlled in the crops as well as in the houses. Following ways can be considered to make your ways easy; 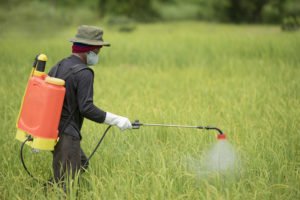 As the beetles reside in the soil, they can be prevented by making the soil enriched with the residual chemicals. These are not used inside the houses. The chemical is poured all over the garden or the fields and the other soil-covered areas. After pouring the chemical, water is added all over the place so that the chemical is absorbed perfectly in soil. Click beetles will be stopped as soon as they try to enter your fields or gardens.

Then comes the lighting issue, as we just can’t remove lights from our homes. However, you can always replace them with the lights totally unattractive for the beetles. You must have heard about the ‘bug zappers.’ Go for them as they are cost friendly and effective. Lights are the source to invite these beetles in the house. Don’t illuminate your house with a lot many lights if you are really worried about the click beetle infestation.

3. Seal All the Cracks 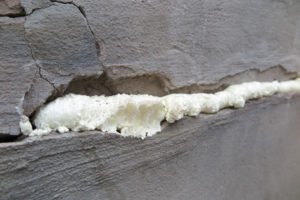 Even a small is enough for this tiny creature to make their way inside the home. Our homes provide a lot of such means to click beetles to enter the place. Seal all the possible means before they enter the house because if they succeed to enter, you are going to face a difficult situation. It might not be possible for you to identify all the weak spots. Call a pest control professional is that case. They will do it in a professional way and will not leave a single hole unsealed. They will also tell you the precautionary measures you can take to avoid further disturbance.

These dark click beetles, fond of lights, have pointed prolonged hind angles and fly promptly after making the clicking sound. A thousand of species around the world including those valid species in North America. They have got a tricky body that helps them to deceive their predators; this is the reason they can live for around 2 or 3 years. It is also featured in the institute of food and agriculture science. It is often difficult to identify the proper generic placement because of their resemblance to other species. They can surely trick their predators, but it will not be easy for you to track them if they make your home as theirs. To avoid the plant destruction, these beetles should be kept away as they destroy the plants from their roots as well as the outer parts. Take the proper measures to prevent them.