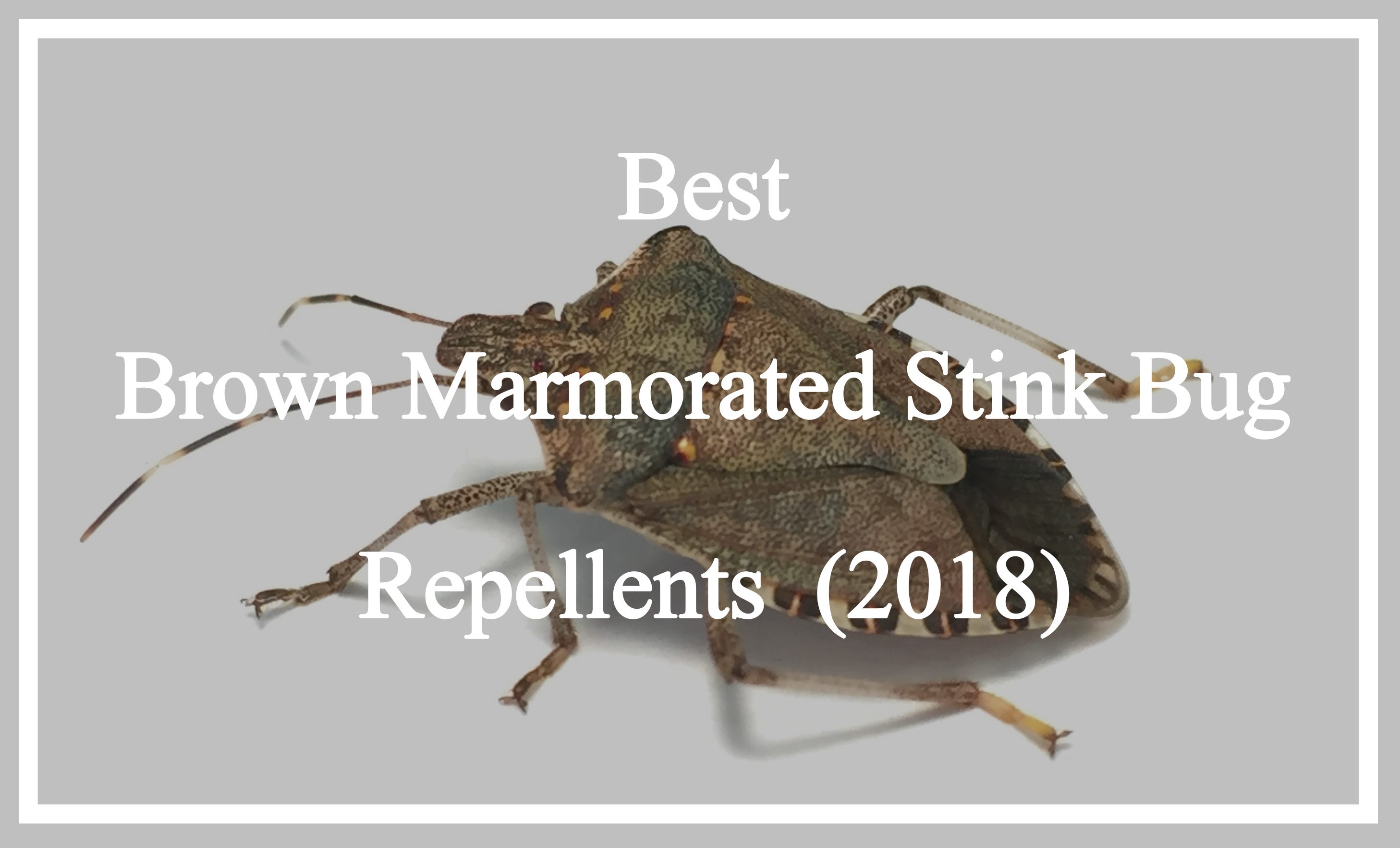 Brown Marmorated stink bugs were first identified in the Mid-Atlantic region of North America in September 1998, little did the biologists knew that they will turn out to be a big nuisance for the urban as well as agricultural aspects of the region. These stink bugs are the natives of Japan, the Korean Peninsula, China, and other north Asian countries which probably hitched a ride to North America in a Cargo and the climate of the continent turned out to be ideal for their reproduction. Brown Marmorated Stink Bugs, today, are detested by homeowners because they seek shelter for overwintering in man-made buildings and ruin their gardens and destroy curb appeal. It is a very difficult task to keep these notorious insects away from houses, office spaces, and other buildings in the fall. Here, we have compiled a list for you with the best repellents to stop brown marmorated stink bugs, along with various homemade and natural ways to eliminate these from your vicinity. 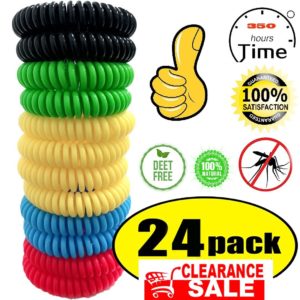 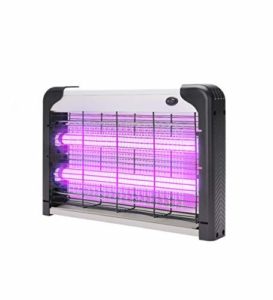 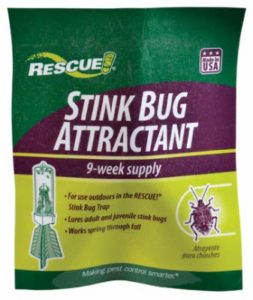 All hacks apart, there are commercially produced products also which will help you get rid of these stink bugs without any ado. They are easy to install, cost-effective, and efficient methods of getting your house rid of Brown Marmorated Stink Bugs.

Infused with 100% natural essential oils such as that of lemongrass, citronella, and Geranoil, bug repellent bracelets are one of the most hassle-free ways to keep the bugs away. These small, waterproof, and comfortable bracelets will not only keep bugs and insects away from your toddlers, they are completely safe.

Well, you do not want your toddlers, kids, and infants running into a bug, or an entire army while they are out of sight. Therefore, the bug repellent bracelets are the product for you to keep your children safe. In addition to that, they come in adjustable sizes and can last a lifetime.

As the spring arrives, it becomes all the more important to opt for products which will keep your house safe from invasion of bugs and insects. Here’s where the electric bug zapper comes into the picture. All you have to do is, plug the device in in any outlet in the affected area and watch as it does its job. The zapper attracts bugs through the light and as soon as the bugs enter the zapper, zap! It is an effective way to deal with your worries.

Stink Bug attractant sticks by Rescue emits pheromone, the same chemical which is released by brown marmorated stink bugs to attract mates during mating season. Once the bugs get attracted to the attractstick, they get trapped and, gradually, they dehydrate and die. These attractants are easy to install as each stick has a hole on top for hanging it wherever. It lasts you for a good seven weeks. 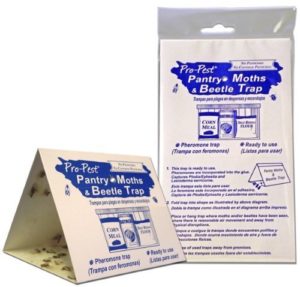 If you are looking for a non-toxic, yet, effective way to deal with brown marmorated stink bugs, you can always invest a little in these bug traps. They are sheet-like traps, equipped with glue and pheromone attractants. The pheromone is the same chemical released by stink bugs to attract their mates, therefore, stink bugs get attracted to these traps and stick to the sheet. 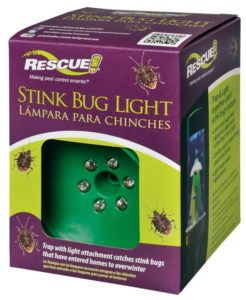 If you are tired setting up baits for stink bugs which turn out to be of little use, opt for this revolutionary innovation by Sterling International. SBTL Light Trap can be installed in indoor spaces as well as attics to attract stink bugs towards light. The overwintering bugs get trapped into this device and once you feel that the collar has reached its capacity, you can replace it with the replacement collar. 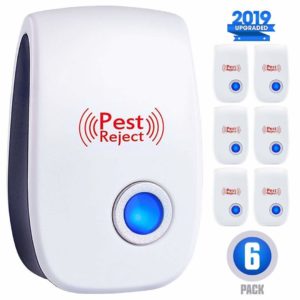 The ultra-powerful waves emitted by this ultrasonic bug repellent causes pests, rodents, insects, and bugs to stay away from its vicinity. All you have to worry about is, finding out an outlet at the most likely places from where stink bugs can enter your house and plug the repellent in. this will save you thousands of dollars on pest control and will last you a lifetime. 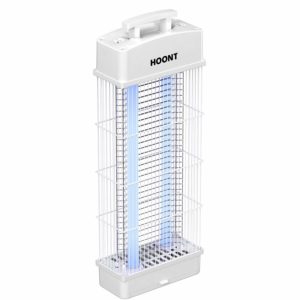 The electric bug zapper by Hoont is a commercially viable way to trap and kill the bugs by attracting them with light. The bugs get attracted towards the light in the device and fall victim to the current. 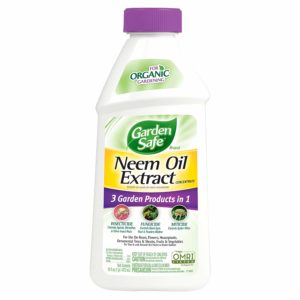 Acting as an insecticide, fungicide, and miticide, Neem Oil extract is your to-go companion for having an organic produce. Neem oil is a natural insect repellents and it is easy to spray them on the plants to keep the bugs away. It is a completely safe alternate for protecting the garden from attack of the o=insects as its scent drives them away. 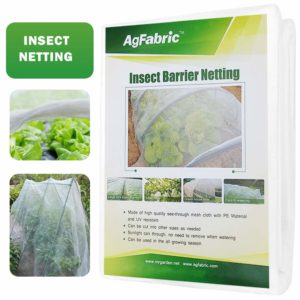 Another effective way to protect your vegetable and fruit bearing plants from stink bugs is to cover them with netting. The row covers not only protect your plants from bugs and insects, they also help maintain a moderate temperature for them by protecting them from frost and excessive heat. They are available in various sizes and can last for 3-10 years, making them worth the money.

These products not only target brown marmorated stink bugs, but help you keep other pests and insects away too. Though, not all of these products are effective in their own and require the assistance of other products, they are easily available for a price.

Apart from the above products, you can also use homemade repellents to shake-off brown marmorated stink bugs from your house and garden.

The best part about using homemade solutions is that they are natural, cost-effective and hassle-free ways to get rid of stink bugs.

There you have it! The ultimate guide to what works for getting rid of the nuisance created by brown marmorated stink bugs in your home and garden.

It is always better to prevent the brown marmorated stink bugs from entering your house and garden rather than dealing with them later. Here are some ways you can keep this notorious bugs at bay.

What Attracts Brown Marmorated Stink Bugs to My House?

To take shelter in the houses and other buildings they look for gaps around window and door frames, spaces in window air-conditioner fittings, sidings, vents, utility pipes, screens, and under fascia boards. Once you block these pathways for them to enter your house, you will be saved the trouble of working day and night to get rid of them.

Another attractant for brown marmorated stink bugs in your house is, lights. They get attracted towards light fittings as they provide them warmth.

How Can I Recognize Brown Marmorated Stink Bugs in My House?

Largely, brown marmorated stink bugs are super-inactive during the winters and can often be found resting in the window sidings, cracks around baseboards, around the trims of the doors and windows and many other such spots where they can fit into.

This frequent mating of the brown marmorated stink bugs and deposition of egg masses which quickly turn into adults is leading to a rapid rise in the population of these stink bugs. They have been causing a loss of millions of dollars to the farmers by infesting farms growing pepper, peaches, tomatoes, apples, sweet corn, soybeans and other such crops.

The brown marmorated stink bug is an invasive pest which attacks the fields with thousands of its counterparts. They use their proboscis to pierce into the fruits and suck out plant fluids which are rich in carbohydrates. This leaves a mealy effect and a depression on fruits which results in deformation and destruction of seeds, transfer of food pathogens, and rotting of the entire crop.

Solutions for the Farmers against Brown Marmorated Stink Bugs

If this works out, it will be an effective natural repellent to eliminate brown marmorated stink bugs.

The infestation of fields by brown marmorated stink bugs is a very sensitive issue to maintain the food security and stop them from becoming an agricultural epidemic.

Brown marmorated stink bugs have not only made the farms their home, they have adapted equally well with the urban settings in various states in the Mid-Atlantic region. They have become a regular feature in the manmade buildings, making life difficult for the homeowners. This is so because they seek shelter in the buildings, houses, office spaces, and warehouses until the winters are over. They aren’t usually active when speaking of their winter hibernation, neither do the cause any structural or cosmetic damage to your house when overwintering. Then again, what could be the reason why they are called a nuisance? Well, keep reading along to know about the damages they cause to the households.