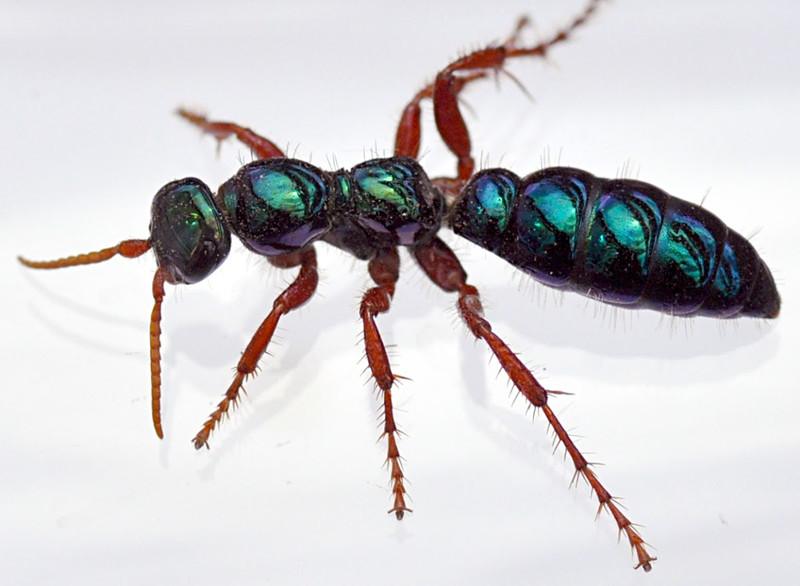 A blue ant is also known as a blue bottle. Despite the fact that we call it an ant, it is nothing like one. Even if you look at it, it resembles an ant, but still, it is not one, rather it is one kind of a solitary parasite wasp. Also, known as a flower wasp. These ants are a subfamily of Diamine, and they are known to be the only member of this subfamily. Blue ants are found mostly in Australian states such as New South Wales. These ants are known to be solitary because they do not live in groups and socialize. Blue ants are independent insects that live and work alone on their own.

Every insect is a unique one in its way. There is a difference in their appearances, the food they eat and their habitat.

These female blue ants are wingless creatures that dwell on the ground. They have metallic green or blue color which is quite bright. They have red legs that are quite long. The size of ants differ, but these female blue creatures are 25 mm or 1 inch in length. They are usually restlessly running on the ground with abdomen raised up. The male ants have wings a bit smaller up to 15 mm. They are also slimmer with white and black colored spots on their abdomens.

Blue ants are known to be flower wasps because adult blue ants feed on nectar and the pollen of native Australian flowers. Female blue ants hunt different kinds of insects and sting them with their deadly sting to paralyze the insects. They feed this paralyzed insect to their newly hatched eggs. All of this is food for larvae until it grows.

These blue creatures are in a wide range; they are from species of Diamma bicolor. They are found in South-eastern mainland Australia. This particular species of ants are mostly found in the Australians urban areas, such as woodlands and where there are a lot of trees and bushes.

The mating process of these species occurs on the wings because the female ants do not have wings whereas male ants do. So, the male blue ants carry the female wasps on their wings. Entomological Society has thoroughly studied the life cycle of blue ants.

The blue ant’s life cycle is in three main stages: egg, larvae and the adult stage. Their females work individually to harvest their eggs. The yearly life cycle begins when the first stage of the ant changes into an adult. These ants are known as ground burrowing insects, so therefore their eggs are safe from the outside temperature changes. The female blue ants dig a burrow on the ground which is dry. They then lay their eggs and go on for hunting the beetle larvae or many other types of insects such as young mole crickets. Their larvae grow up to be the ants by eating up on the paralyzed insect.

Blue ants are solitary insects. Therefore they are known to be independent individuals. They will not be much of a threat to you until and unless you provoke them to do so. As compared to other insects blue ants do not pose a huge threat to humankind.

There are various symptoms of a bite and sting of an ant. Every sting of each animal will make your body react differently. Some people are not affected by these insect’s stings. Others get allergies very easily. Minor stings of these ants will cause swelling on your body. It depends upon your immune system how well your body recovers from it. However, if the ant has bitten you several times, then you can have a life-threatening disease which is known to be anaphylaxis. This allergy is quite dangerous for humans. Severe reactions can also occur which include profuse sweating, nausea and maybe even chills and fever.

If you have been a sting victim of a blue ant, then you can remove the sting by scraping it with a card or any pointed item. Applying ice is always a good solution because it helps in lowering the redness and swelling on your skin. Calamine lotion is used to get rid of severe burning sensation. In some of the cases, the sting is very severe, and you cannot treat it at home. So, you may need to call emergency service to get to the hospital right away. If you have anaphylaxis, then you need to visit a doctor as soon as possible and get an injection of epinephrine.

How to Get Rid of Blue Ants

Blue ants can sting you if you step on their burrows. Therefore, it is crucial to get rid of these ants. These species are highly dangerous for your kids playing in the backyard. You need to look out for the proper time to get rid of them. There are various precautions that you can take.

If you need to get rid of blue creatures, then you have to apply some insecticide. You may look for the burrows first and then spray some insecticide straight into it. Insecticide is a spray which is used to kill all sorts of insects. This spray can be repellent or non-repellent. You need to buy the repellent because it is more effective. 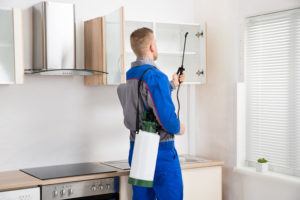 If the things get out of control and the invasion of blue ants are converted into a large unit then it is time to call a pest management professional. It is an easier and a quicker way of getting rid of wasps as compare to DIY techniques. They have all the skills to kill these insects as well by having the right equipment. The task of finding out where the blue ants are hiding is a very challenging task for a normal person. The ants are in the burrows, so you cannot see them easily. The pest management team presents you with the expert people and identifies the problem. The pest team will give your best solution to resolve the case of blue ants in your backyard.

Blue ants are unique in their existence. They are special in a way that their males and females are of different appearance. You are kind of safe around them because they will not sting you if not provoked to do so. However, if you find out some blue creatures are lying around in your backyard, then that is the time that you need to get rid of them, and if you cannot, you may call your pest management team. There is no social campaign to get rid of the blue ants so you should prevent from them by yourself by acting in the ways mentioned above.