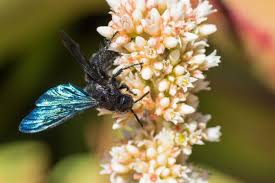 Bugs might be small but they can be really annoying and some of them are just downright terrifying. Some bugs might look creepy, but are actually harmless while others have rather nasty bites that can leave your skin feeling itchy and can even cause infections as well. Despite being 100 times smaller than we are, these little critters can still cause you trouble, especially if they are known for being aggressive and inflicting bites or stings. In this article we are going to take a look at some of the little black bugs that are known to bite humans. Read on as this might prove to be an extremely helpful article for you.

These things are also known as no-see-ums because of they can hardly be seen due to their extremely small size, but they can pack quite a bite. These things can be found in just about every part of the world except for Antarctica. Their natural habitat varies by species, but they can usually be found thriving in marshes or anywhere where highly organic wet soil can be found. No-see-ums do not thrive well in a dry environment and can rarely be found inside homes or any other human habitat. These bugs can live for up to a few weeks and follow the standard life stages of most insects (egg, larva, pupa and adult). They can also live a bit longer if they’re bred in a lab.

The females will lay their eggs in a moist environment, and the larvae aren’t strictly territorial or aquatic, but they require moisture in order to survive. The larvae live near the shores of ponds and streams as well as swamps. They can also be found living in muddy areas as they feed on the smaller organisms living there.

As for their bites, they use a needle-like sucker that pierces the skin and has a separate injector tube that they use to squirt a tiny amount of anticoagulant into the bite. This causes the blood to steadily flow through the tube as it feeds.

This bite is characterized by an itchy red welt that can last for several days. Sand flies usually prefer to target the back sides of legs, arms and backs when biting. The reason for this is because there is less wind resistance in these parts of the body meaning they will have an easier time feeding on you.

Remember that these insects can bite you multiple times and usually feed in clusters, so expect to see several itchy red welts on your skin if you happen to become a target for them.

Wasps can buzz around your home and garden, and they can be downright scary. You have every right to be afraid of them because their stings hurt. One particular species of wasp that you should be wary of is the great black wasp. They live up to their name in terms of appearance, size and color. Even though they aren’t the most aggressive of the many species of wasps, they can still pose a threat. You can distinguish black wasps by how they tend to drag their legs down while they are flying. The other wasps hold their legs in place while in flight. Their bodies are also noticeably bigger than the other wasp species. They also have a distinct humming sound whenever they fly near gardens.

They are not as aggressive as their cousins. Males are practically harmless because they don’t sting at all while the females will only sting once their nests are threatened. You will seldom see great black wasps attack humans unless they are threatened or provoked.

While their stings can be quite painful, black wasps are considered a boon by gardeners. They are natural predators of insects that are harmful to your garden, such as grasshoppers and locusts. They happen to be pollinators as well and a good source of their food is the nectar of flowering plants.

Unlike most bees, carpenter bees make their nests entirely out of wood, hence their name. They are wood burrowing insects and can cause plenty of headaches for both homeowners and business owners alike. Their nests are enough to cause cosmetic damage, but in severe cases they can also cause structural damage as well. Female carpenter bees are the ones who do the nest building while the males act more as “security guards” and try to intimidate would-be-invaders by buzzing around the nest. The males do not sting, but the females can sting you only if they are provoked. If you’ve ever been stung by a bee before, then you know just how painful it can be.

If provoked the female bees will attack in unison, so you will be looking at hundreds, if not thousands, of bees who will be aiming to sting you. Their stings can cause your skin to swell and can be lethal if the victim suffers an allergic reaction to them.

They are often mistaken for bumble bees. They are the same size, but differ in color. Males have plain black heads while the females black heads with spots. Carpenter bees can grow up to an inch once they are fully mature. Carpenters hibernate all winter. During the spring the males will be out foraging for food while the females will prepare the nests for the next brood of eggs.

Gnats are small black flies that are usually 1/10 inch in length. They have two wings and physically resemble mosquitoes more than they do flies. They are annoying to deal with and to make things worse, their bites hurt. They are common pests that usually fly around indoors and stick close to household plants. One particular specie of gnats that bites is the buffalo gnat. They are characterized by their black bodies, short legs, clear wings, shiny thorax and humpback appearance. They can grow up to 5 mm in length and are usually encountered in the outdoors. The males don’t sting and normally feed on plant juices and flower nectar, while the females require blood so they can reproduce effectively.

The females are the ones that you need to look out for as they can have pretty voracious appetites. They target both cattle and humans when in search of a meal, and can even travel for up to 40 miles for food. Unlike mosquitoes, female buffalo gnats do not feed on blood by using a sucker, but instead use their mandibles to cut open their victim’s skin and feed on its blood.

Their bites can be quite painful and result in itchy red spots appearing on your skin. The swelling can linger on for several days, and can sometimes lead to potential infections for some bite victims. Less than 2 percent of gnat bite victims may break out hives or have some difficulty breathing. Bites can usually be treated easily by disinfecting the affected area with soap and water, or through the use of antiseptics.

However, if you begin to experience difficulty in breathing or if the bite starts to become increasingly swollen, you will need to see a doctor quickly.

Also known as black pepper mites, they are known to parasitize both birds and rodents. They make their homes in the animals’ nests and feed on their blood. They will normally stay in the nest for a long time, but will leave if the nest becomes abandoned, or if the host animal dies. Once these mites leave their host’s nest, they can enter homes and often do so in large numbers. They also bite humans, but are unable to survive on just our blood alone. The bites of bird mites are characterized by severe itchiness and skin irritation, but are not seen as being dangerous. These mites can survive for weeks at a time even without food.

You might experience getting bitten by them whenever you handle birds or rodents. Many pet store workers and poultry farmers often report getting bitten by bird mites. The reaction to their bites will vary from person to person, and can sometimes depend on what kind of species caused the bite. The bites will generally look like mosquito bites and will appear reddish and surrounded by a rash.

The bites can be really itchy and can be treated by anti-itch ointment. However, you should seek medical attention if the bites become infected somehow.

Some things about bird mites that are worth pointing out are how they will only enter homes once their host animal either dies or abandons its nest. And since humans aren’t a suitable host for them, they will not present any permanent infestation.

Contrary to what some might think, bird mites do not move very far from their source nest. If you happen to find them in your home, there is a good chance that the nest of their original host animal is somewhere nearby. Even though they are quite small, they can still be seen even without any kind of magnification. They’re easy to eliminate and don’t multiply in homes.