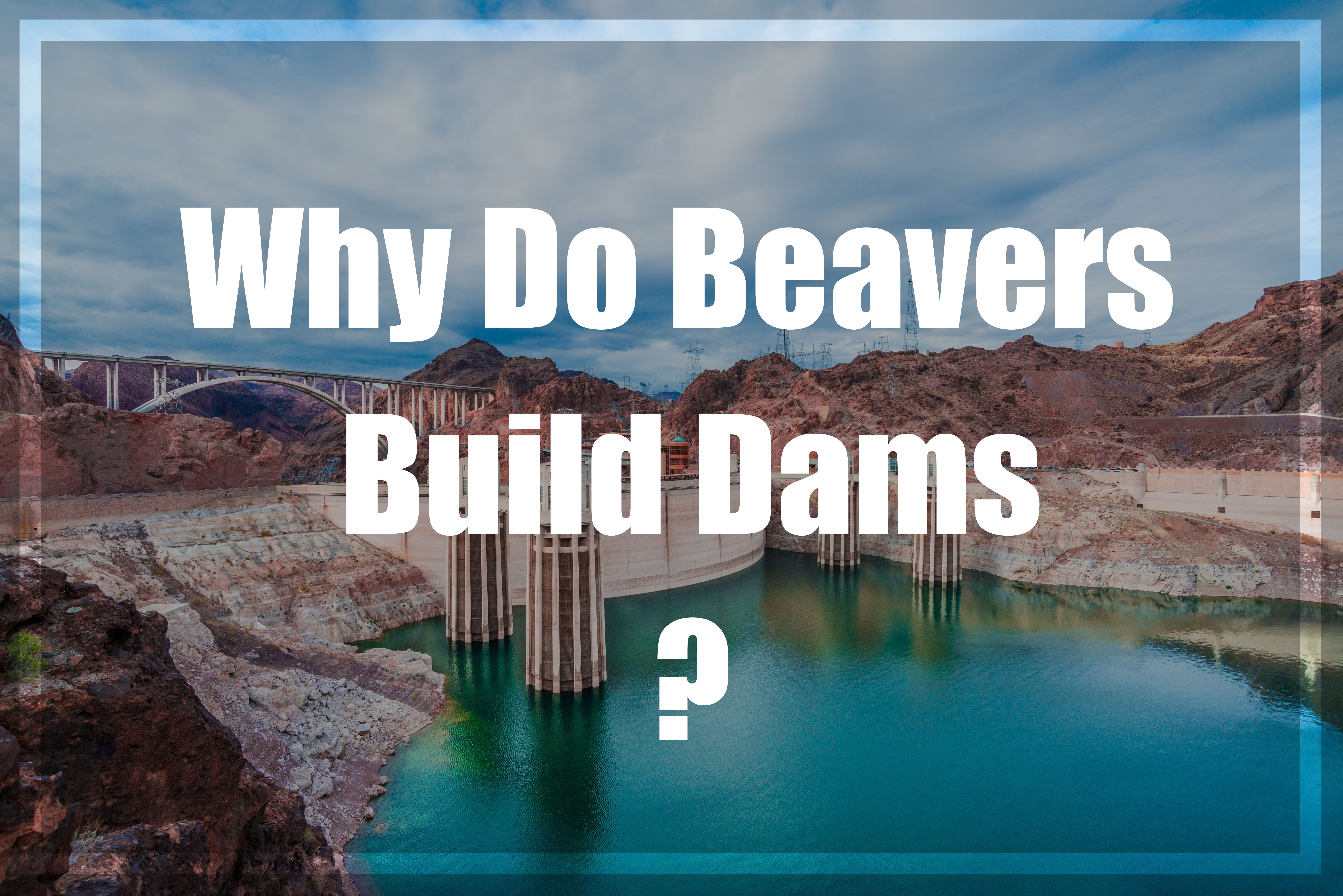 Beaver is one of the largest rodents in the world. They are very useful, hardworking as well as social. They contain amazing body features that help them adapt to their environment according to their needs. They possess dense fur, a flattened tail, and webbed feet to help them live comfortably both outside and inside the water. Their strong jaws and powerful teeth with iron coating help them to gnaw on trees. They even have the stamina to crack the whole tree or even some trees in a series to construct their dams and homes on it. Beavers are second only to humans in their habit of adapting to their environment according to their necessities.

What is a beaver dam?

A beaver dam is a small dam constructed by beavers. They construct dams to have an increased water level or accumulated water so that they can build their lodges or home on it. Building dams provide them a stable shelter against predators and extreme weather conditions. Beavers’ predators usually include bears, wolves, coyotes, and other similar animals. Therefore, to fight such wild predators, they need some strong shelter place that they get after building their homes on a dam. Furthermore, as Beavers do not hibernate during winters, so they need a reliable food storage place. Keeping in mind all their needs they build a dam for themselves. Being their favorite place, beavers work hard to build their dams. They usually break trees, gather branches, mud, and other construction material to make their perfect dams. They make poles, merge branches together and then cover the whole structure with mud to make it waterproof. Their dams are few meters large in length and height, and they also burrow canals to bring water from big resources like rivers and sea towards their dam. 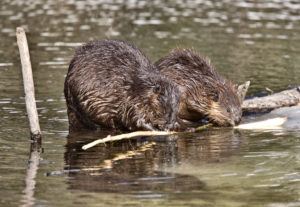 Why do beavers build dams?

Beavers are very famous because of their exceptional building expertise. They second only to humans in their habit to adjust their surroundings according to their necessities. They do build dams to construct their home or lodges on it. They usually build dam because of different reasons. The most significant reason behind building dams is the unavailability of adequate habitat. When their environment does not fulfill all their requirements, like if the water levels are not enough, then they build dam to make a place perfect for them. They also build a dam to ensure security measures around them. They feel safe and sound if there is water around them as it makes difficult for predators to access them. Another important factor behind building a dam is to increase water supply inside their lodges. Dams provide deeper ponds that will serve as their home foundation and would also help in accessing food resources efficiently and speedily during winters.

How do they build the dams?

Beavers usually prefer to create dams on shallow, slow flowing water areas rather than building them in fast flowing deep water resources. The reason is to stop blockage of entrance point through ice during winters and also because they need enough water body to protect them from their predators. A pair of beaver set out to find a suitable lake or streams where they can build their dam. After finding a suitable place, they start collecting barks of trees, and branches from nearby sources to get them fall on flowing water and to block its way resulting in a creation of the small dam. Usually, they first make poles, then with the help of branches and barks make a horizontal structure in a zigzag way. To further support this basic structure, they take the help of stones, leaves, grasses, branches, twigs, and any other stuff that is readily available. They also use mud to make this structure waterproof and potent. At the result of this entire struggle, the water level rose up from one side of the dam and turned into a small pond. Beaver dam is usually 5 feet high and more than 330 feet in length, and it can accumulate almost 1.2 to 1.8 meters deep water.

The advantages of the beaver dams

The most significant benefit of a beaver dam is a restoration of wetlands. They have imperative ecological consequences as they help in the establishment of secure and stable wetlands ecosystems. Wetlands ecosystem is one of the most prolific ecosystems in the world as they help to survive flora and fauna and other common species that are endangered because of loss of their habitat. They also help in preventing floods, guarding earth against soil erosion, and clearing toxins from water bodies. 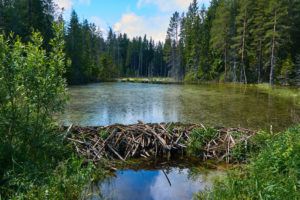 Beaver dam contains few freeboards over the water level. Whenever there is a heavy flow of water because of heavy rains, or there is a chance of flood, beavers’ dam provides extra water storage for absorbing excess water and later on, release this extra amount of water gradually into rivers or streams. This whole process results in a reduction of flood wave’s height. In this way, beavers dam are considered as an important controller of flood levels, and beavers are considered as original engineers of rivers, as they make useful dam structures in rivers and help in keeping lower high water level and higher low water levels.

Another significant good that beaver’s dams do to our ecosystem is the removal of excessive nutrients. Normally because of human activities around the water bodies results in an elevated level of nitrates, phosphates and other nutrients that can pollute the water. Beavers accumulate tree branches, twigs, leaves and other similar material whose basic component is cellulose. There are many bacterias who consumes cellulose to get their energy. Therefore, many bacterias reside in Beavers’ ponds and dams, but they sometimes feel severe shortage of their energy source. In the situation, they start consuming different nutrients present in the water like nitrogen and phosphate and get their desired energy. This food chain accumulates all such nutrients around beavers’ dam and results in a reduction of such nutrients from water and surrounding environment making them clean and safe.

Sometimes like other harmful nutrients, herbicides and pesticides also become the part of rivers and stream because of agricultural activities happening around water bodies. These substances can be hazardous to different aquatic life and for overall environment sanitation as well. Beavers’ dam here again assists in removing these chemicals. Beaver dams building material produces cellulose that accumulates bacterias in its surroundings. These bacterias demolish these toxic materials and consume them to obtain required energy from them.

Conversion of normal nitrogen gas into complexed nitrogen products is one of the serious troubles for our ecosystem. Their increased amount can be proved as dangerous as a presence of excessive carbon dioxide. According to research, beavers’ dam has proved useful in denitrification. They set our ecosystem free of complex nitrogen compounds with the help of accumulated bacterias on dams. These bacterias gathered there because of a presence of plant remains and other garbage. These bacterias decompose nitrates and convert them into pure nitrogen gas. Being lighter in weight, nitrogen gas then moves up and gets mixed with the air again. 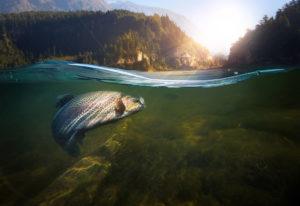 Because of many reasons, beaver dams can act as nurseries for salmon and trout. The most important of which is protection that salmon get in beavers dam against their predators. These dams also feed baby salmons after they are done with yolk sac digestion, through nutrients that have been trapped inside them. Furthermore, Beaver dams also provide them a calm and serene environment that helps in Salmons’ better growth as they spend all of their energies on growing rather than being fighting against enemies. Above all of them, the cleanliness of water bodies occurs because of beaver dams provide favorable habitat not only for salmons and trout but all other aquatic life as well.

Besides supporting salmons and trout growth, Beaver dams also assist frog and toad species in their better growth and development. The highly oxygenated, clean, warm and safe surroundings provided by beaver dams help in the improved growth of frog and toad larvae.

Besides aquatic animals, beaver dams are also beneficial for songbirds too. As this bird species is in danger of extinction, these dams increase the growth of plant species important for songbirds’ survival. They assist them in their survival through providing a rich source of food and habitat. Because of all these reasons, the population of songbirds can be seen increasing in areas containing beaver dams.

The disadvantages of the beaver dams 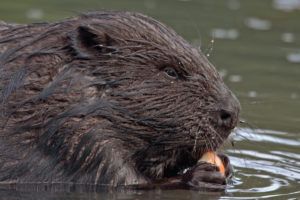 No doubt, there are countless significant benefits that beaver dams provide to our ecosystem. But sometimes they also become a source of trouble for our environment, especially around agricultural areas. Flooding of water from beaver dams can damage crops and meadows. If beaver dam is located near a railway line, roads or bridges areas, then it can deteriorate them through constant retention of moisture around those areas. Because of these reasons, sometimes it becomes dangerous to let beavers build their dams near agricultural land and human populated areas. Despite hunting or killing them, they can be stopped easily by shifting them to remote areas having no human population or agricultural lands. Furthermore, electric wires with low voltages and other barriers can also help to prevent beavers from entering human populated areas.

As we have already mentioned, beaver organize their lodges and dams in a way that they can help them to survive inside ice during extreme weather. Therefore, during winters when the water freezes, the beautifully organized beaver dam supplies enough deep water that remains unfrozen. This deep water is a great source of survival not only for beavers but for other aquatic life as well. This is the reason; fish can easily be found near beaver dams under ice. This phenomenon also helps fisherman to do fishing during winters. There are high chances of finding fish near beaver dams, and people usually enjoy catching fish there.