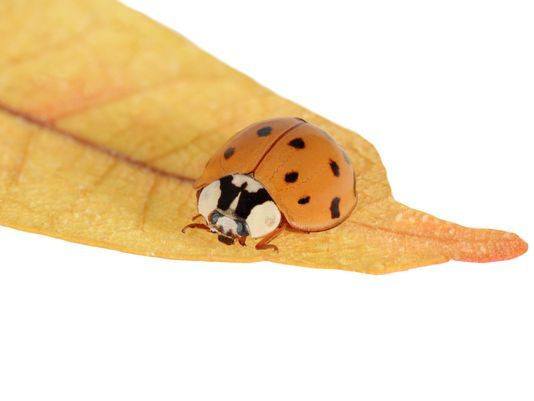 When you try and differentiate Asian beetles vs ladybugs, you’ll come across a startling fact: Asian beetle pictures look a lot like the pictures of ladybugs. This is because they’re from the same family known as Coccinellidae.

This is a family that is seen across the world in:

Also called ladybirds or lady beetles, depending on the region, the main difference between these two insects is  the size of the two bugs. Asian ladybugs are larger in size. Ladybugs have a head that is all black with little white cheeks. Their Asian counterparts have more white on their “cheeks” and are more of a deep orange color rather than a red.

In terms of length, Asian lady beetles can get as large as 7mm in length. Their non-Asian counterparts are slightly smaller in length. But for most non-experts, these two insects will look rather similar.

The shape of a ladybug is a rounded oval, or dome shape.

Ladybugs have six legs which can be a distinguishing factor. These bugs can fly, and they’re harmless to humans, so you don’t have to worry if they land on you.

Characteristics of Different Colors of Ladybugs

A large family, ladybugs can be found in a myriad of different colors. And while most look similar, we’re going to  take a look at the most common colors of these bugs:

If you hear someone say “Japanese ladybugs,” this is the same thing as Asian beetles vs ladybugs in terms that they’re just different names for the same type of bug.

You may have heard of black ladybugs, and these are actually the twice-stabbed ladybird beetle. The name of this beetle is derived from the two red spots on the back of the beetle. The entire body is black in color minus the two red “stabs.”

A hungry bunch, these ladybugs can range from 3 ¾ – 5mm in size, and their main hobby is feeding. They’re considered very aggressive feeders.

Note: The number of spots on a ladybug can be as little as two. The two-spotted ladybird beetle is orange in color and has just two small black spots. These beetles are 4 – 5 mm in length on average.

Japanese beetles are in the same Kingdom, Phylum, Class and Order as a ladybug, but these beetles are from the Scarabaeidae family. This is a common species of beetle, and you can find them eating on 200 species of plants.

Known as pests, they’re very destructive in North America, yet they’re under control in Japan due to natural predators.

These pests can be distinguished by the following:

These bugs were transferred to North America in 1916. It’s suggested that a shipment of bulbs to a nursery in the state in 1912 contained one of the beetles, which eventually multiplied. 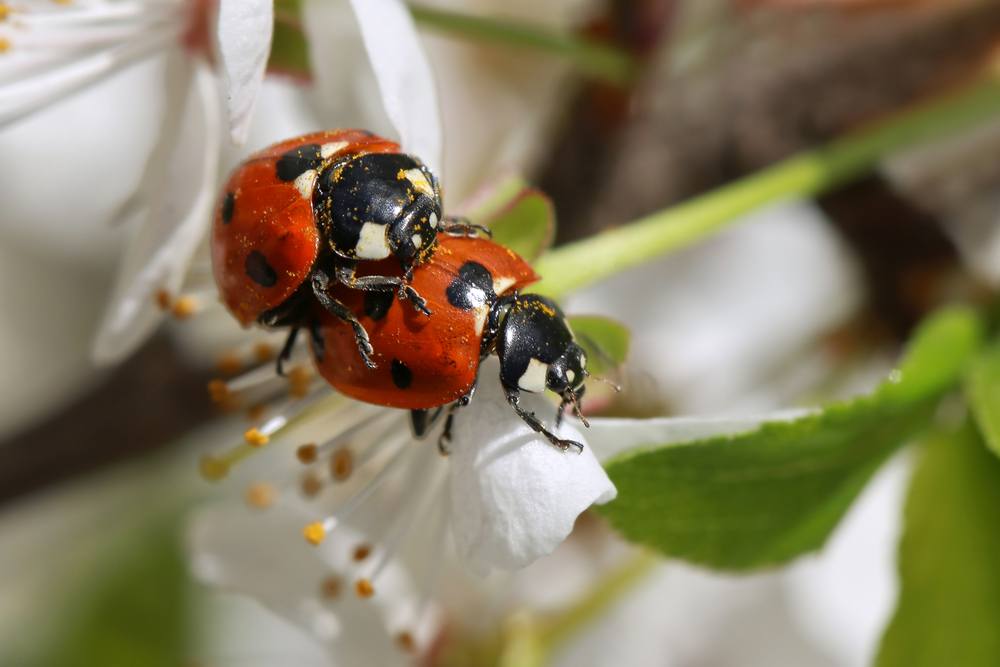 Although the name “ladybugs” may seem like all of these bugs are female, this is not the case. These bugs can be male or female, and they look a lot alike. The one neat difference is that when these bugs are side-by-side, the males are generally smaller than the females.

When viewed under a microscope, you’ll be able to view small differences between males and females.

Females, on the other hand, will have:

What’s very interesting is that the male will latch onto the wings of the female during mating and stay there for nearly two hours. The large size of the female allows for this longer mating period.

While the ladybug and Asian lady beetle are slightly different due mainly to a small size difference, these bugs are considered the same by exterminators. They’re also from the same Kingdom, Phylum, Class, Order and families (Coccinellidae and Coccinellidae Latreille).

The head of the Asian Lady Beetle also has a black marking of “M” or “W” in appearance.

Many places in North America have Asian Beetles which will roam in “packs” or “swarms.”

Ladybugs, in the traditional sense, are redder in color than their Asian counterparts. But unless you have a trained eye, these “relatives” are so similar, it may be impossible to tell them apart.