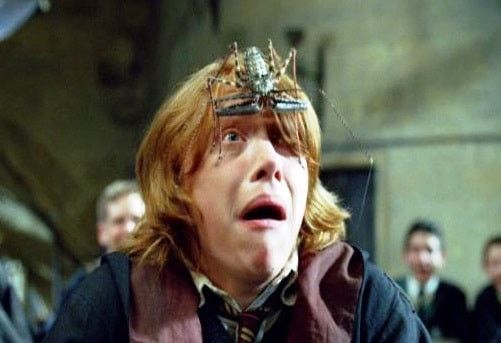 Are you deadly afraid of spiders? Do you fall into a state of panic every time you see one of these creepy crawly creatures? You’re not alone.

Just about everyone has a fear of spiders (whether they want to admit it or not). But when that fear becomes debilitating, it becomes a phobia.

What is Arachnophobia and How Common is It?

Arachnophobia is a phobia of spiders and other members of the arachnids family, including scorpions.

We’re not talking about a rational fear of large or aggressive poisonous spiders. People with arachnophobia have debilitating fears of any spider – even the average house spider.

Phobias are extreme fears that can lead to irrational behavior or patterns of thinking.

A person with arachnophobia may feel intense fear or have a panic reaction when they see a spider. Some people freak out when they see a web because they know a spider is nearby.

If there is any indication that a spider is nearby or if a spider is actually seen, a person with arachnophobia will do everything they can to avoid that area until their panic subsides and the spider is gone.

Sometimes, people with a fear of spiders will find themselves increasingly stuck indoors in the summer months when spiders are most active.

Depending on the severity of the phobia, some people will cry, scream, have difficulty breathing or experience outbursts.

Arachnophobia is actually one of the most common phobias, with up to 50% of women and 18% of men suffering from this fear.

Like most other phobias, this is an irrational fear. We’re far more likely to kill spiders than they are to kill us.

What are the Signs and Symptoms?

Could you be suffering from a fear of spiders? Classic arachnophobia symptoms include:

Some people with arachnophobia experience panic attacks that can feel like they’re having a heart attack. They have a preoccupation with the fear object, and it prevents them from leading a normal life in some cases.

Symptoms may be brought on by the sight of spider – even in pictures. Some people with this phobia will panic at the anticipation of contact with a spider.

Humans aren’t the only creatures afraid of spiders. Some studies have shown that crickets can actually develop a fear of these critters before they’re even born.

Why are so many people afraid of spiders? These tiny creatures rarely kill humans (even the most “deadly” venomous spiders). What are we so afraid of?

A fear of spiders may seem irrational now, but at one time in human history, it may have been a very valid concern.

Scientists believe that early on in human evolution, venomous spiders may have been a very real and very dangerous threat. Over time, we developed an inherent fear of these creepy-crawly creatures.

Some evidence of the evolutionary theory can be found in studies. We see this fear in children that are just two or three years old. In one study, the children were very quick to point out the spiders when shown pictures of spiders and cockroaches.

Others argue that children simply learn their fear of spiders at an early age.

Fear of spiders may also be a cultural thing. Some scientists don’t believe that evolution had anything to do with arachnophobia, and that cultural factors are to blame.

In many cultures around the world, spiders are believed to be deadly and dangerous. The way this creature is portrayed on TV and in movies (as creepy-crawly, gross and dangerous) can also cause some people to develop an irrational fear of spiders.

In many cases arachnophobia is the result of a traumatic experience, which caused the initial fear. A child who was bit by a spider at a young age and experienced a pain or had to be treated at a hospital for the bite may develop an extreme fear of spiders.

Witnessing a bite, particularly if it’s a traumatic bite, can also cause a phobia to develop.

How to Treat Arachnophobia

Arachnophobia can be treated with the right method and persistence. When a phobia disrupts your life, getting help will allow you to move on with your life – free from the shackles of fear.

There are a few different ways to treat the fear of spiders, but all  of them require the help of a professional.

System desensitization is also referred to as exposure therapy, and it’s exactly what it sounds like – the patient is exposed to the fear (i.e.spiders).

Patients aren’t exposed to spiders right away. They work their way up to the sight of spiders and eventually to handling the creature.

First, patients are taught relaxation techniques that help them enter the exercise with a clear and focused state of mind.

In cases of mild phobias, complete systemic desensitization can be performed in a single session.

Cognitive behavioral therapy (CBT) is another effective and common treatment for arachnophobia.

This method aims to redirect the patient’s irrational thoughts which ultimately changes their behavior and emotions.

The goal is to instead nurture realistic thoughts that allow the patient to understand the actual experience.

CBT works quickly to cure phobias, and gives patients the tools to keep the phobia at bay.

Many people around the world have a fear of spiders, and when that fear is extreme, it becomes arachnophobia. Scientists are still in disagreement over whether evolution plays a role in the phobia, or if culture and traumatic experiences are to blame.

No matter the cause, there is treatment out there. Through desensitization, CBT or medication, you can get relief from your fear once and for all.