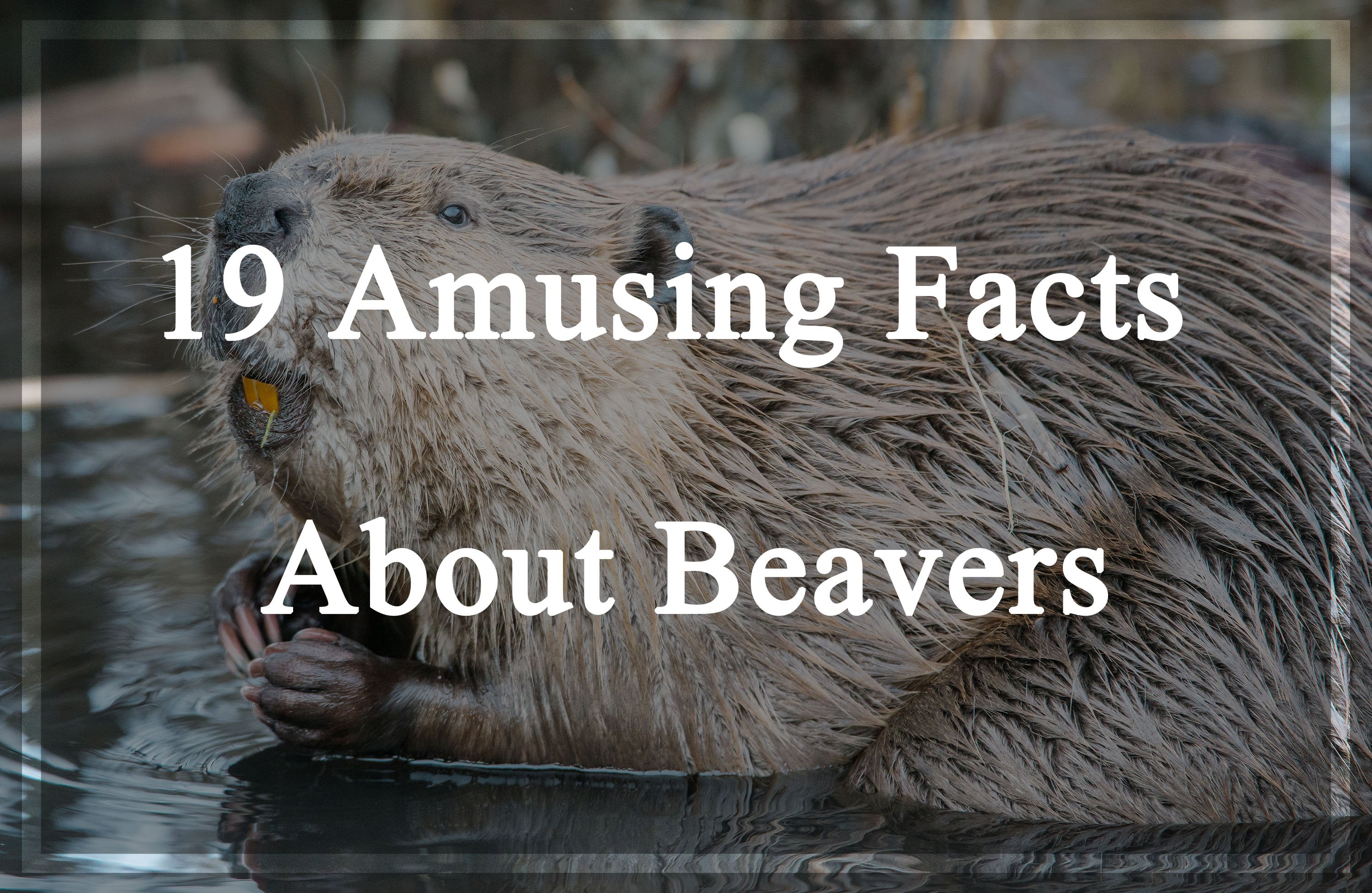 Basic information about the beaver

One of the largest and most powerful rodents of North America is the beaver. The scientific name of the beaver is ‘Castor Canadensis.’ They are not only the biggest rodent of North America but also the second-largest rodent in the world! Because of their unique abilities and capacity for changing their environment according to their needs, they are greatly admired by many people. Native Americans sometimes even call them ‘little people’ and not to mention that by Americans Indians, they have been named as ‘sacred center.’ They are second only to humans in their practice of shifting their environments/habitats according to their needs. Beavers are famous for being very busy and hard-working creatures. In fact, there are two idioms ‘eager beaver’ and ‘busy as a beaver’ that are inspired by them. They even have an ability to change different land structures. Being a semi-aquatic creature, they usually spend most of their time in streams and rivers. The beaver possesses two existing species, one is North American beaver, and the other is Eurasian beaver. Here, we will discuss a few details of beavers like their appearance, diet, habitats, and reproduction, etc.

Beaver has very fine fur. They have two detach layers of their fur coat. The upper layer of fur is dense and rough that is used primarily for defensive purposes. All the while the inner layer of their fur is very silky and soft. Their fur is usually dark brown or russet in color, while some have fur with a lighter color tone as well. Beavers possess a large head, small eyes, and insignificant ears. The most prominent and helpful feature of beaver is their teeth. All beaver have very bright orange colored pairs of incisor that are relatively large. Furthermore, behind the incisors, beavers also possess inner lips that assist them in carrying different material during swimming. Their teeth never stop growing throughout beavers’ life. Their facial shape is elongated and thin.

Beavers’ tails are broad, flat and dark colored that helps them to maintain balance during swimming. Their tails also assist them in communication, swimming and dam construction. They have small front feet that contain large claws while their rear feet are big and webbed. They possess five digits in their feet.

According to size and weight, the North American beaver have 60 pounds or 27 kilograms weight with the body length of 23 to 39 inches. Whereas, the Eurasian beavers are 29 to 53 inches in body length, and their body weight ranges from 39 to 77 pounds or 13 to 35 kilograms. They weigh 45 to 60 pounds generally, but sometimes beaver adults also grow to weight almost 100 pounds.

For all beavers, the most important element of survival is water. This is the reason; they typically live around fresh water, ponds, rivers, swamps and marches. Furthermore, to stay protected from predators and because of their small legs that are not able to move properly on land, they remain mostly across the water. Among two species of beavers, the North American beavers can be found throughout the North America except remote northern areas of Canada. Whereas, the Eurasian species used to live everywhere in Europe and Asia previously but now, because of excessive hunting, they can be seen in small numbers in Germany, France, central Russia, Poland, and southern Scandinavia.

Beavers are herbivores by nature, and they are the only mammal who can digest cellulose efficiently that is present inside the leaves. The major part of their diet is a tree. They do not only reside in trees, but they also utilize it as their food. They prefer to eat roots, twigs, leaves, and barks of willows, maples, poplar, and aspens. Their diet also includes aquatic plants, fruits, corn and other aquatic vegetation. As their teeth keep growing throughout their lifetime, nibbling on trees protects them from growing exceptionally.

Beavers are quite social in nature and prefer to live in colonies. They are monogamous in nature, and they mate for their lifetime. One monogamous couple, newly born beavers and those beavers that were born a year before, usually live in one group named as a colony. On average, six to seven beavers live in one family, but this number can also vary. The minimum number of beavers living in a family is one, and the maximum number is thirteen.

They breed once in a year, and one litter may contain one to six kits. The number of kits per litter depends mainly on their diet and accessibility of food. They usually breed during the month of January and March and give birth to kits during May and June. The gestation period of Eurasian beavers are from two to four months, and American beavers have a gestation period of 105 to 107 days. They do not start breeding until they reach the age of two to three years. After that, they leave their colony and start searching for their monogamous partner and to build their colony. Generally, around the age of two years, they leave their territory and get their partner around the age of three years. This is the most critical time of beavers’ life. Because in search of a new colony, they not only get expired by vehicles predators, but there are many chances of other Beavers’ attack as well if they enter their ponds. Furthermore, because of increasing population of beavers, unoccupied and suitable water areas are almost impossible to found. This thing makes searching a quite difficult task, and they have also be seen traveling more than ten miles in search of their appropriate habitat. The lifespan of beavers ranges from 16 to 24 years. 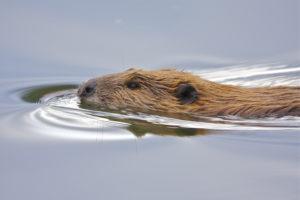 19 Amusing facts about the beaver

Besides these common characteristics of beavers, they also have many notable unique features and attributes that make them an attractive and fascinating animal. Here are fun facts about beavers:

Lodges are houses build by beavers by applying special techniques. There are two types of lodges that beavers build. One is conical lodge that is a most common type of beaver lodge, and the other one is bank lodge. Inside the lodge, beavers make chambers to stay inside. They eat, sleep, and groom each other inside this chamber. Being very organized creature, beaver changes lodges bedding regularly that is made up of grasses, leaves and other such material. Beaver keeps the top point of their lodges open for the ventilation purpose and doesn’t apply mud at the top. In this way, they let fresh oxygen to come inside the lodge. Lodges also contain minimum two numbers of tunnels starting from chamber to the dam. These tubes remain filled with water and help in easy enter and exit of beavers from lodges. Lodges are made up of very strong surroundings that are highly insulated and robust enough to carry even a weight of human beings.

Beaver possesses bodies that are more suitable to live in water. On earth, their short legs do not support them to run fast resulting in their increased exposure to their predators. This is the reason beavers prefer to live around water bodies and build dams to generate ponds. They usually prefer to build dams in shallow slowly moving water bodies. After selecting suitable stream for building a dam, they start collecting building material that includes branches and tree barks to build basic dam structure and stones, leaves, twigs and mud to strengthen this structure. They also build canals in their dams to help them access their food safely. With the help of these canals, beavers also float their food towards their dam.

A beaver depicts incredibly ordered social structure. Their social behaviors resemble a lot with those of human beings. Like humans, their little one also plays and fights with their siblings and learns different skills from their parents. They also help each other in grooming with the help of their hands and teeth. Overall, these animals are considered harmless and peaceful creature with strong family bonding. Like humans, they are also defensive in nature and don’t allow any other beaver to enter their area. They usually cover their lodges and dams with the scent secreted from their glands. This scent is a type of sign for other beavers to stay away from their ponds.

The beaver family consists of monogamous beaver pair of one adult male and one adult female. After they have started reproduction, their family further contains little kits and yearlings that were born the previous year. The minimum size of beaver family is one beaver, and the maximum number is thirteen beavers. Beavers usually keep only one partner for their whole life. However, if any partner dies, then they will start pairing with another partner. Being highly organized, both partners take part in raising kits and yearlings also help their parents in maintaining lodges and dams.

Beavers are peaceful and social animals. They are usually known for not biting humans. Being nocturnal in nature, they can hardly be seen. However, there are few extreme circumstances when beaver becomes aggressive and can attack humans. They are highly defensive in nature, that is why they can attack human if they try to invade their territory. They can also attack people because of their fear during the daytime. They attack their opponents by biting them with the help of their front teeth, and they are sharp enough even to penetrate limbs and cause heavy bleeding.

During the 19th century, beavers’ population started to decline rapidly because of overhunting and loss of habitat. Their numbers were reduced from 60 million to almost 6-12 million beavers.  They were hunted mainly for their fur, meat, and castoreum. The castoreum is a chemical that is secreted from beavers’ castor sacs positioned at their lower body parts. This castoreum is used mainly in medicines and perfumes. Additionally, beavers’ hat had become a fashion statement during the 20th century. All these things combined, increased beaver hunting at an alarming rate. However, now, beaver species is not considered in danger of being extinct. Their population has increased once more.